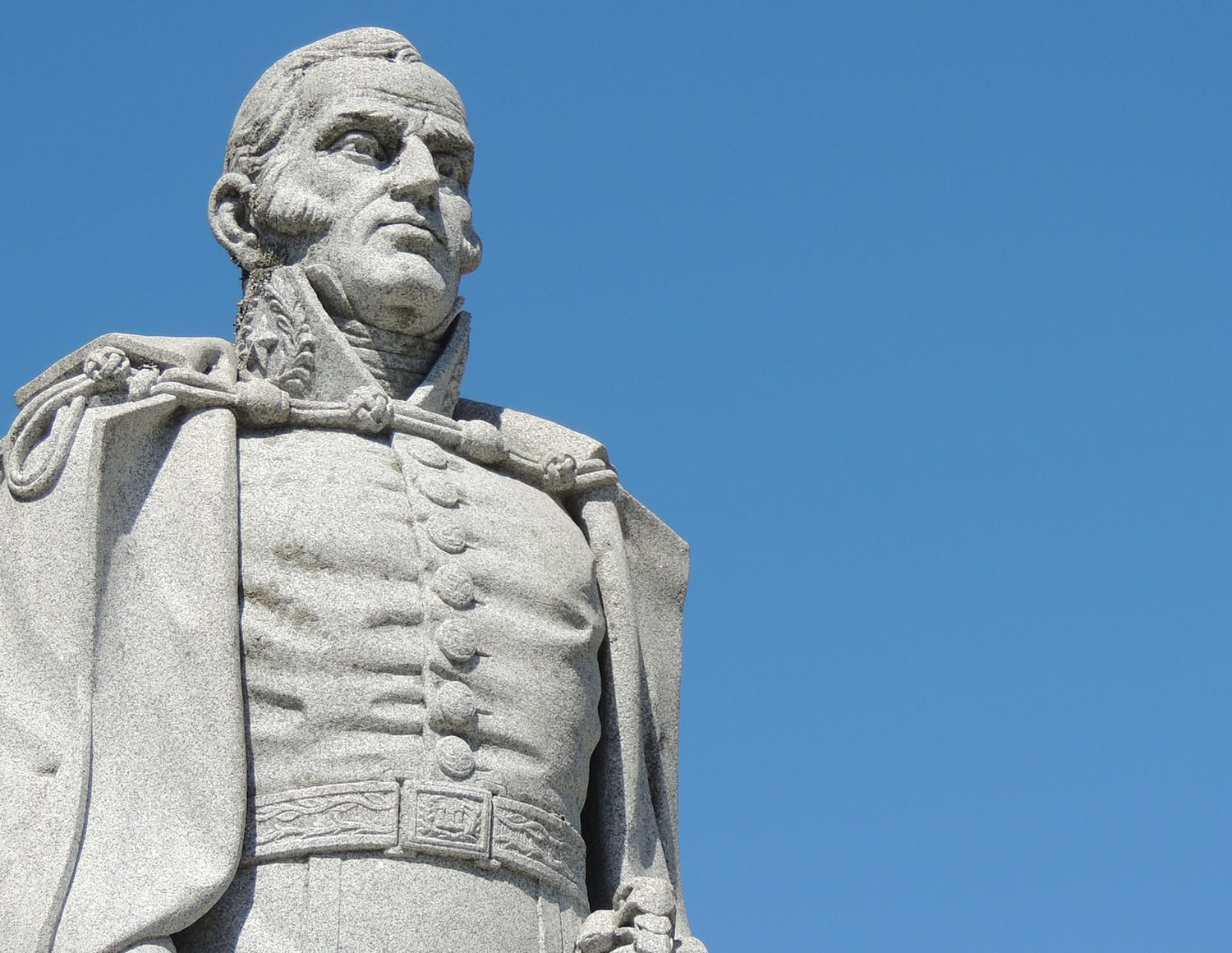 Capt. Alden Partridge’s brainchild institution celebrates its 201st birthday and the bicentennial of its admitting students

As Norwich University continues going boldly into its third century, it will stop this week to remember Capt. Alden Partridge, who started the academy and inspired its teaching and traditions 201 years ago, and the bicentennial of the admission of the university’s first students.

Aug. 6 is Founder’s Day, marking the day in 1819 when the beginnings of Norwich University’s foundation were laid. Last fall, Norwich University celebrated Partridge and marked the university’s bicentennial with a flotilla of flourishes, including parades, alumni gatherings and a Homecoming Weekend that drew 4,000 people. Now-President Emeritus Richard W. Schneider celebrated the 200-years milestone before retiring in May. New President Dr. Mark Anarumo will help chart the university’s third-century course.

“(On) the 6th instant, the first bricks were laid.”Newspaper article describing the laying of bricks for Norwich University’s first building in 1819

“The erection of the building on Norwich Plain, (Vt.), for a Literary, Scientific and Military Academy has already commenced. Joseph Emerson, who has undertaken to erect and finish this magnificent building, has begun his work with a spirit of enterprize (sic).

“On Friday, the 6th instant, the first bricks were laid,” the article continued. “On this occasion, many inhabitants of the village … convened at the spot to unite in praise and gratitude of the author of our existence, to implore his blessing on their efforts and his benediction on those that may resort to this Temple of Science for an education.”

Partridge (1785-1854) founded the university in the town where he’d grown up on his family’s farm. He attended Dartmouth College from 1802 to 1805, then entered the U.S. Military Academy at West Point, graduating in 1806.

As the Sullivan Museum and History Center relates, Partridge commissioned into the U.S. Army in 1807, becoming a 1st lieutenant in the Corps of Engineers, and started teaching mathematics at West Point. Partridge was promoted to captain in 1811 and to an engineering professorship in 1813. He served as the Corps of Engineers’ acting superintendent from 1808 until 1815, then became superintendent.

At West Point, Partridge oversaw a major reorganization of the academy, which was 3 years old when he entered it. He developed his vision for a model of education that seamlessly combined military discipline with the academic preparation of a generation of “citizen-soldiers.”

Around 1815, the museum reported, Partridge and his fellow West Point faculty members began feuding over cadet discipline, institutional finances and the appropriate military-academic education balance. Partridge was court-martialed and relieved of his duties in 1817.

“He began almost immediately to make plans for his own military academy,” the museum’s essay reads. “The seeds of Norwich University had been planted.”

“His academy developed a reputation for having an excellent academic program embodied in a tough, disciplined military environment,” the essay said. “It was thought by some that Partridge’s views on military defense were years ahead of his time.”

As the Sullivan Museum relates, the South Barracks, Norwich University’s principal building at the original Norwich, Vermont, campus, burned nearly to the ground on March 13, 1866. When Norwich’s trustees met in August that year, they determined that moving the university would be prudent and accepted a proposal from Northfield’s residents to move to Northfield. Many Northfield residents pledged money toward the move and building construction.

Northfield and the university maintain their strong bond. In 2017, Norwich University renewed a five-year agreement to donate money to Northfield to support the town’s public services. The agreement, which started in 2018 and runs through 2022, was the third such voluntary arrangement to promote excellent “town-gown” relations.

On June 23, 2017, Schneider presented a check for $78,286 to Northfield Police Chief Bill Jennings, Northfield Fire Chief Peter DeMasi and Ambulance Services Chief Lawton Rutter to support public services. The gift was the final installment of the previous five-year, voluntary arrangement between the university and the town, which ended in 2017.

In May, Northfield locals joined faculty, staff and alumni in a car parade to salute Schneider’s retirement after his 28-year presidency.