An excellent frame of minds 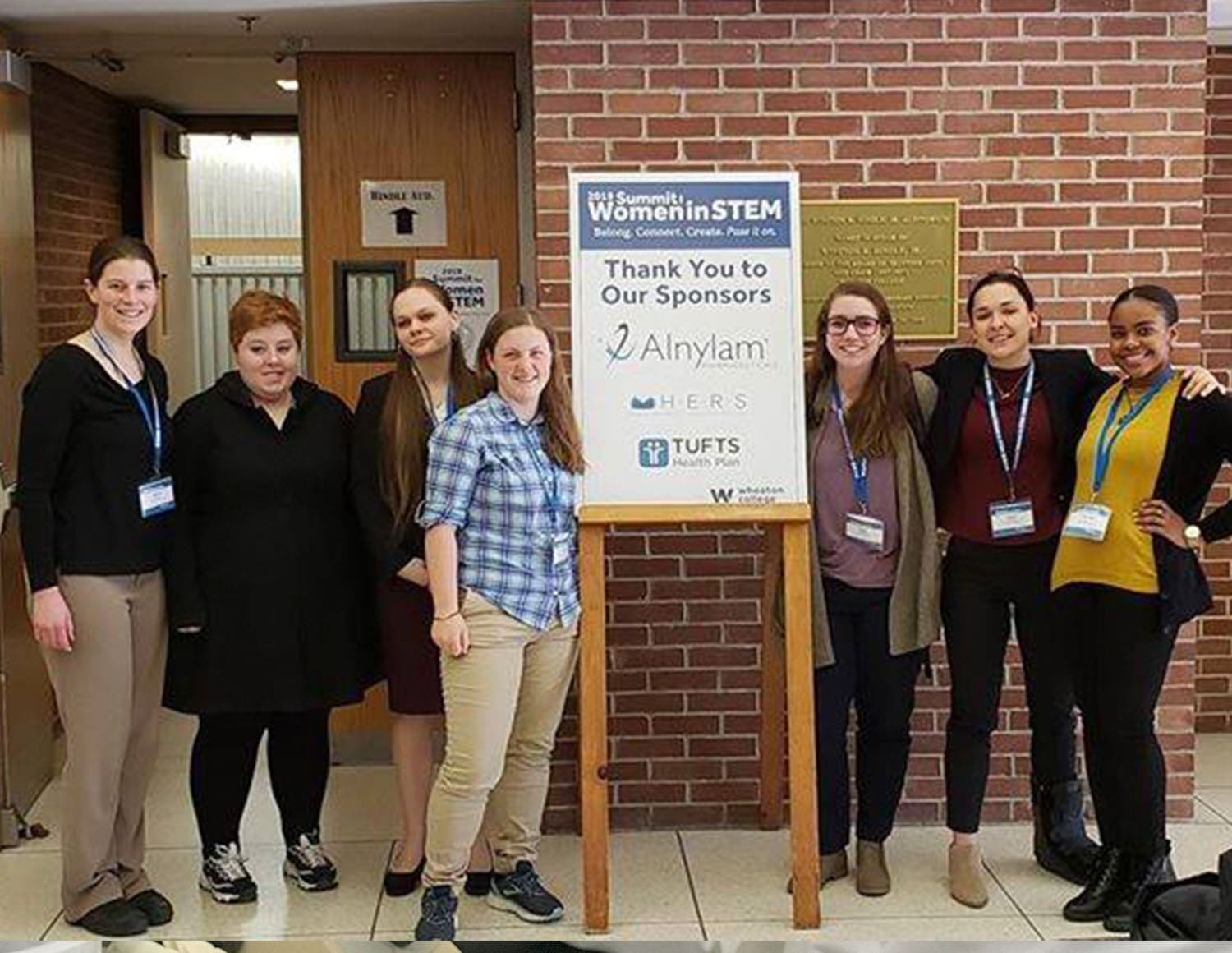 Someday, after fall semester classes have resumed and students filter through the science-lab-housing U Building, they might stop to see Olivia Bloom, Emily Johnston and Bryan Mukama peering from a wall, representing a landmark Norwich University achievement.

The trio is the first group to spend four unbroken years following and completing the university’s neuroscience program, which biology professor Megan Doczi launched in fall 2016. By posting a picture of the graduating cohort, which includes former Corps of Cadet members Bloom (now in the U.S. Marine Corps) and Johnston (now in the U.S. Army) and the civilian Mukama, neuroscience will follow a tradition started and long kept by engineering students.

The 2020 neuroscience class also includes transfer students DT Kuang and Shannon Lebel, who graduated in the spring, and Derek O’Brien and Rebecca Hitchcock this summer.

Norwich’s neuroscience program examines the human nervous system from cellular, molecular, biochemical, cognitive and behavioral perspectives. Its curriculum spans the science gamut, including biology, psychology, chemistry and physics, and the mathematics that underpins them.

On March 11, the national job listings site Glassdoor reported a single-week tripling of health care jobs ads, which rose to 300 from 100. Mill Valley, California-based Glassdoor added that 32 percent of the U.S. job postings came from employers in the government, health care, biotech and pharmaceuticals and nonprofit industries.

Mukama, who’s from Lewiston, Maine, and was born in Rwanda, entered Norwich thinking he’d study psychology. But as he scheduled his first classes, and expressed a secondary interest in biology, an academic adviser pointed him to the new neuroscience program, speaking highly of Doczi.

“I was supposed to go discuss it with Dr. Doczi,” Mukama said of the switch from psychology. “But by the time I got to her office, traveling from Ainsworth Hall to the U Building (which includes Tompkins and Bartoletto halls), I’d made up my mind to do it.”

Mukama said he arrived at university loving science, having watched “Dexter’s Laboratory” cartoons as a kid and eagerly absorbing anatomy and physiology and psychology in high school. Norwich’s neuroscience program aligned with his early medical school ambitions; he could take many courses he’d need to prepare for entry exams.

Johnston, who’s from Fayetteville, North Carolina, is one of three siblings at Norwich. An older brother studied engineering, graduated in 2016 and is on the U Building wall; a younger brother, now a rising sophomore, is studying biology.

Her family’s science bent fits. Both parents were nurses (dad a lactation specialist and midwife; mom in the neonatal intensive care unit). In a “My Norwich Story” video, Johnston described growing up around people in scrubs and recognizing the “hospital smell.” She also overcame leukemia.

“I was always interested in medicine, and I always wanted to be an oncology nurse,” she said. “But then in high school, I had shoulder surgery, because of a swimming injury (a torn labrum). Going through physical therapy, I realized, maybe I want to do that instead of nursing.”

When she arrived at Norwich, Johnston thought she’d study physical therapy. During her surgical recovery, she’d peppered her physical therapist with questions — Why are you moving my arm this way? Why is that patient hopping on one leg? — and was fascinated by the answers. The hopping student, she learned, was recovering from knee surgery.

“You’re going for that community that needs the help, for those people who are struggling,” said Bloom, adding that she hopes to pursue a master’s degree in biotechnology, studying neurological devices, and later pursue a doctorate in functional magnetic resonance imaging technology.

College of Science and Mathematics Dean Michael McGinnis said the neuroscience program and this cohort represent the future of science learning, which will be interdisciplinary and built on diversified knowledge.

“Neuroscience, in general, is usually taught at much bigger institutions ­— your flagship institutions, your Ivy League schools,” he said, “and … having Dr. Doczi and (Vermont Genetics Network) researcher Heather Driscoll here as part of the Biology Department really makes a very … strong program and it’s a huge benefit for our students to have that opportunity.”

McGinnis added that the cohort showed a sort of uncommon stability. Inside Higher Ed in 2017 reported, citing federal data, that almost a third of first-time college students choose a major and then change it at least once within three years. Students who started in mathematics and the natural sciences are likelier than others to switch fields, Inside High Ed added.

Mukama said he hoped to pursue a public health career. Although he loved medicine, he said three years working in a pharmacy had shown him many ways patients need advocacy for accessible, affordable care.

Norwich’s 2020 neuroscience trio was socially close. Johnston said she sat by Mukama in every shared science class and called Bloom her best friend ever. Perhaps to stoke future bonds and interest in neuroscience, Mukama and Johnston said they’d become program ambassadors, talking up the program at alumni gatherings. A common reaction to the what’s-your-major answer was, “Wow. You must be really smart,” Johnston said with a laugh.

Doczi said the three students personified a neuroscience catchphrase — neurons that fire together, wire together. Their success stoked neuroscience at Norwich’s success, she said, marking the evolution of a single neuroscience course in 2012 into a minor then a major.

“They’ve hit the ground running from the beginning,” Doczi said. “(And) they’re sharing my passion. I’m a professor in the Biology Department, but my specialty is neuroscience. They are students who are sharing in that specialization and I get to see them … use the skills that they’ve learned to pursue their passion.”

Mukama said he’d often admired the engineering program’s hallway pictures, which go back decades. He hoped his cohort’s picture would be the first of many for neuroscience and would inspire other Black students like himself.

“Any step to create a culture where people are feeling welcome and not just an outsider helps,” he said. “Showing people, ‘Hey, there are people who look like you, have gone through the program here and have succeeded,’ is important to me.”

Johnston said she was glad to join her brother on the picture wall.

“I’m on the wall at Norwich University,” she said. “Maybe my son or daughter will come to Norwich and they’ll see me and be like, ‘Oh, that’s my mom.’”