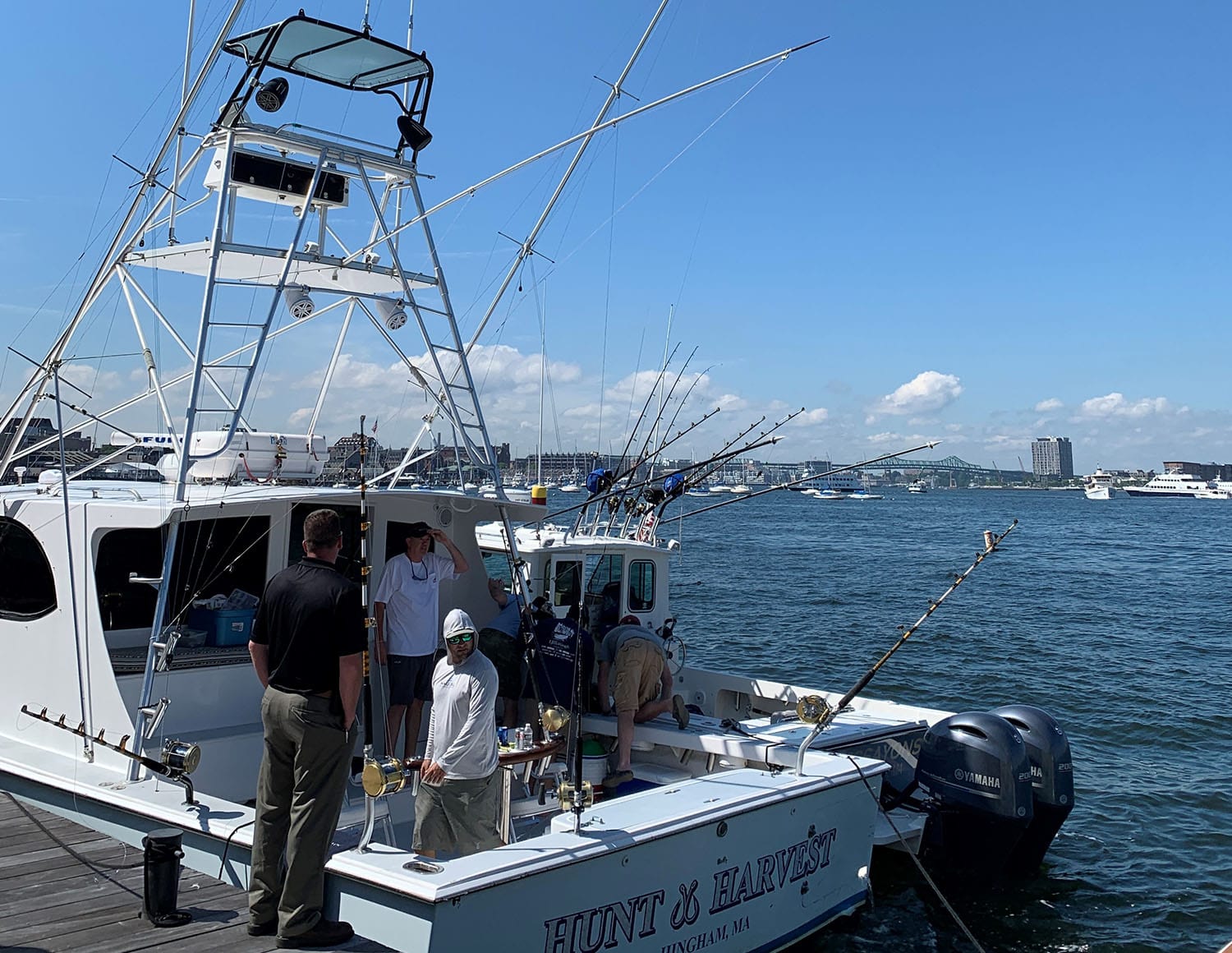 Everything gets away in this fish story. But that’s the idea.

On Friday, a group of Norwich University alumni will present the second annual Norwich Offshore Battle Fishing Tournament, a catch-and-release contest, at the marina in Provincetown, Massachusetts. Although the fish will eventually swim away free, Norwich alumni organizers hope to net cash to benefit the university’s general fund.

Paul Morgan, assistant director of Norwich’s Maroon & Gold Athletic Association, said fundraising will come from boat sponsorships ($500 to $1,000) and raffle ticket sales (tickets are one for $10 or 50 for $400). Some sponsorship money will let some current students, at least 10 as of Wednesday, fish (and network), Morgan added.

Raffle prizes will include tickets to golf outings, Boston-area sporting events and the grand prize, a Saragosa rod and reel. Click here to buy sponsorships or tickets.

“While the issues across the country swirl around us,” the brochure said, “it’s nice to step back and remember those who have gone before us and provided us the opportunity and privilege to be here and enjoy our very fortunate situation as colleagues, friends and fish (hunters).”

Each team’s boat will have a captain and crews of one to seven people. Teams will fish Cape Cod’s Stellwagen Bank for four kinds of shark — mako, porbeagle, blue and thresher — and two kinds of fish — Atlantic bluefin tuna and stripers.

Teams, some with cheeky names like Chasin’ Tail and Hook ’Em Danno, will earn points for catches, as long as they’re photographically proved. Points will vary by fish type.

To sweep the catch list, teams would have to reel in 16 fish. The winning team gets a Norwich saber.

Morgan said the Offshore Battle organizers, who include O’Neill’s 1987 classmates Chuck Pappalardo and Hugh McLaughlin, are focused businesspeople but fish for fun.

Pappalardo will captain Team Ginny G, aka Team Essayons, with his son Sam Pappalardo ’21, brother Bob Pappalardo ’95 and buddy Jim (Geeks) Gikas ’86, in the crew. He said the tournament lets him practice philanthropy, share the Norwich experience and enjoy a favorite pastime.

“The alums I hang around with mostly grew up on the coast and have all been fishing for quite some time,” he wrote in an email. “Fishing and fishing stories are a great way to spend time with alum friends.”

In a separate email, McLaughlin, team Hunt and Harvest’s captain, wrote, “Lots of Norwich alumni are avid sportsman ... fishing, hunting, outdoor appreciation, etc. … And many of us don’t golf!”

Contest-regulation fish weren’t biting much last year, at all really. So, McLaughlin said, more types of fish were added to boost catch chances. Last year’s low count may have related to fish size, Morgan said; contest catches are so big that it will take two people to hold them for a camera.

Morgan said contest organizers would be happy to raise $5,000 to $10,000. But Pappalardo said the real reward is camaraderie, which is priceless.

“Anything we can generate to give back to the school,” Pappalardo said, “is a win in our eyes.”

Morgan said Andruzzi, a Central Connecticut State alumnus, understands Norwich’s penchant for service as the brother of three firefighters who were first responders when the hijacked planes flew into the Twin Towers in New York City on Sept. 11, 2001, terror attacks. Morgan said Andruzzi and his brothers ran onto the Gillette Stadium field in Foxborough, Massachusetts, together before the first post-9/11 Patriots home game kicked off.