An honor forged from fundraising fervency 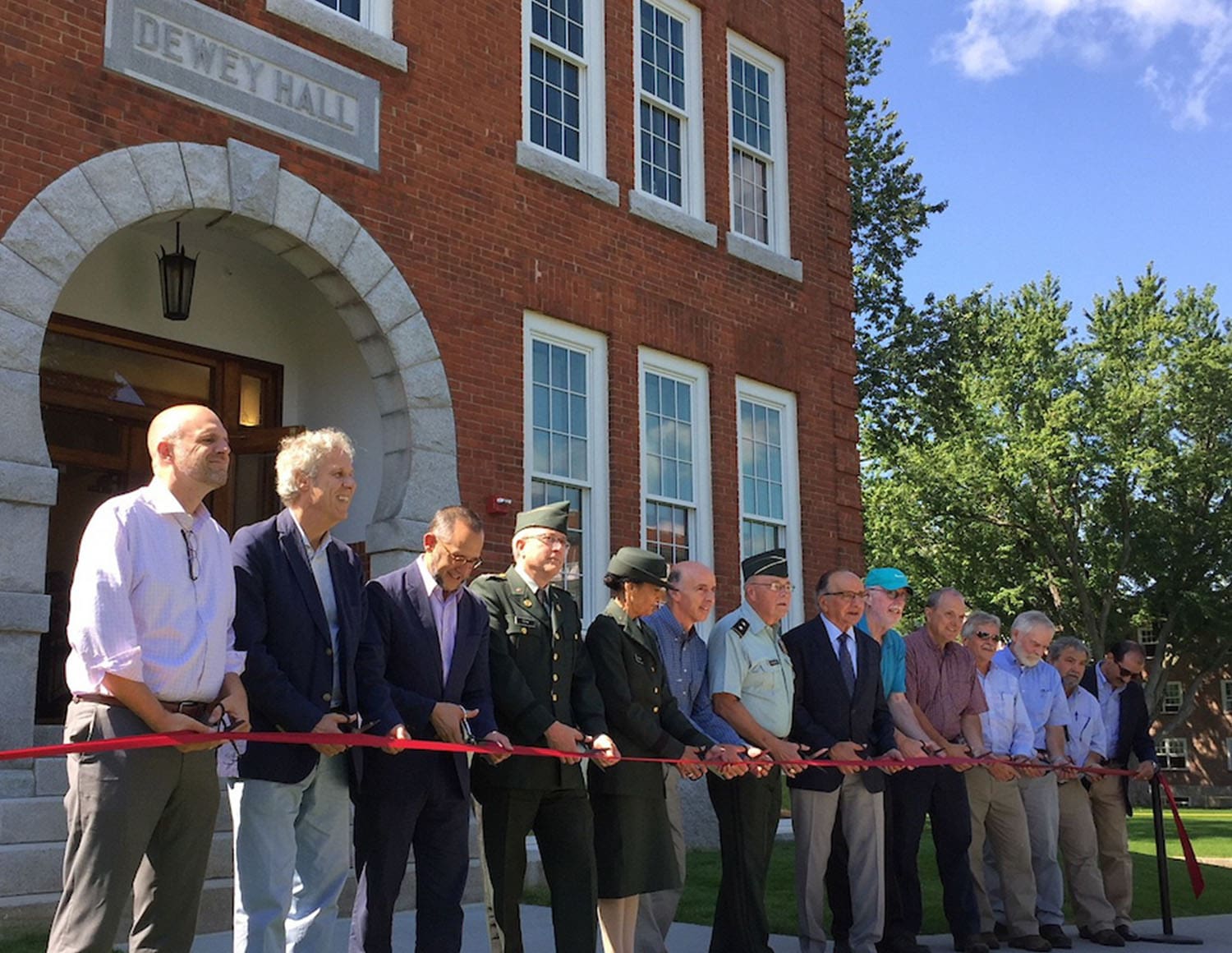 Norwich University’s fundraising success shows all over its campus, in new buildings like Mack Hall, the modernized Kreitzberg Library and the renovated Dewey, Webb and Ainsworth halls. The five-year Forging the Future campaign, which ended in 2019, topped $120 million and enabled those upgrades. It also helped land the university an Educational Fundraising Award from the Council for Advancement and Support of Education, or CASE.

The nonprofit council, which has U.S. headquarters in Washington, D.C., on June 18 awarded the university an Overall Performance Award in the Private Comprehensive Institutions with Endowments Over $80 Million category. The council, which also has offices in London, Singapore and Mexico City, said this is the first time Norwich has been so honored.

“In receiving a CASE Educational Fundraising Award, you are not only demonstrating the highest levels of professionalism and best practice in fundraising, you and your colleagues also are contributing to the betterment of educational advancement worldwide.” Paul Heaton, Council for Advancement and Support of Education

On its website, the council said winners for the annual awards in Overall Performance, Overall Improvement and Award for Excellence categories, are determined by a blind review of data from its Voluntary Support of Education Survey. The council’s members — more than 3,600 colleges and universities, primary and secondary independent and international schools and nonprofit organizations in 82 countries — answer the survey. The council’s membership covers 90,000 professionals working alumni relations, communications, fundraising, engagement and marketing.

In 2020, 107 U.S. schools earned Educational Fundraising Awards, including 31 first-time winners like Norwich. Council member institutions that have participated in the survey for the past three years are automatically considered for these honors.

“Successful fundraising happens when everyone participates, from the staff and faculty to the institution’s leadership,” council President and CEO Sue Cunningham said in an online statement. “This inspiring philanthropic engagement is guided by dedicated and professional development staff, and supported by generous volunteers. Collectively, we are advancing education — key to addressing the many serious challenges our world faces today.”

The council said a committee reviews hundreds of pages of data to determine award winners, evaluating fundraising totals and myriad other factors, including growth patterns in support and gift sources; fundraising breadth; amounts raised per student and relative to expenditures; and overall alumni participation. Because the review is blind, evaluators rate schools purely on data, not name recognition.

“In receiving a CASE Educational Fundraising Award, you are not only demonstrating the highest levels of professionalism and best practice in fundraising, you and your colleagues also are contributing to the betterment of educational advancement worldwide by serving as a model to which others can aspire,” Paul Heaton, the council’s senior director of member engagement said in a congratulatory message to Norwich University Vice President of Development David Whaley.

On Monday, Whaley said he was shocked, but pleased, to learn that Norwich won. He added that he was especially gratified because the award was based on statistics, not applications.

“This is a testament to the team. It’s a testament to (President Emeritus) Richard Schneider and it’s a testament to the people, including alumni and parents, who formed that support, who believed in what we’re doing and would be so generous to help us with what we thought we needed,” Whaley said. “You can set up the best possible plans and have the best programs in place, but you don’t have anything if no one responds to the message.

“That people did respond to our message, all the visits we made, all the letters we sent, all the phone calls we made felt very satisfying,” Whaley added. “Our team spent many overnights in hotels and flew in crowded airplanes to get things done. And they did it without any knowledge that this award existed. They did it because it was the right thing to do.”

Forging the Future, started in 2014 and timed to end as the university celebrated its bicentennial, smashed expectations. The campaign hit its $100 million goal in December 2018, a full year ahead of the scheduled Dec. 31, 2019, end. In January 2019, Norwich’s board of trustees raised the goal to $110 million. That, too, was surpassed.

“The Forging the Future campaign will enable Norwich University to continue to leave an indelible mark as we educate and shape students to find the fullest expression for their talents,” Schneider said in a university-issued statement. “It is up to us to make sure Norwich continues to build, lead and advance in a world unimaginably different from the one our founder inhabited nearly two centuries ago.”

About 8,422 donors contributed to the Forging the Future bicentennial campaign, which was dedicated to enhancing the academic program. Just less than 6,000 of those gifts came from alumni. Also, in fiscal 2019, 42 percent of employees made a gift to Norwich.

In all, Forging the Future, which also supported scholarships and the university endowment, raised $121,239,000.

In all, Schneider, who retired May 31, led five fundraising campaigns, all of which exceeded their goals and collectively raised $272.1 million.

Also, the council found, money raised in fiscal 2019 rose 6.1% from a year earlier, marking the 10th consecutive year of growth.

More may come. Washburn & McGoldrick, a Bryn Mawr, Pennsylvania, consultancy, said college fundraising confidence, initially pushed down by the coronavirus pandemic, has rebounded. The consultancy said 35% of 416 U.S. higher education institutions polled in April were somewhat confident in reaching their fiscal 2021 fundraising goals; in June the figure was 54%.

Whaley said the award offers gratifying validation for his team as it continues to work toward new goals, perhaps a Sustained Excellence honor.

“It makes your week to get news like this. And that boost will go a long way as we ask ourselves, ‘How do we keep this going­?’” Whaley said. “We have to keep doing what we’re doing.”