Charity, and research, start at home 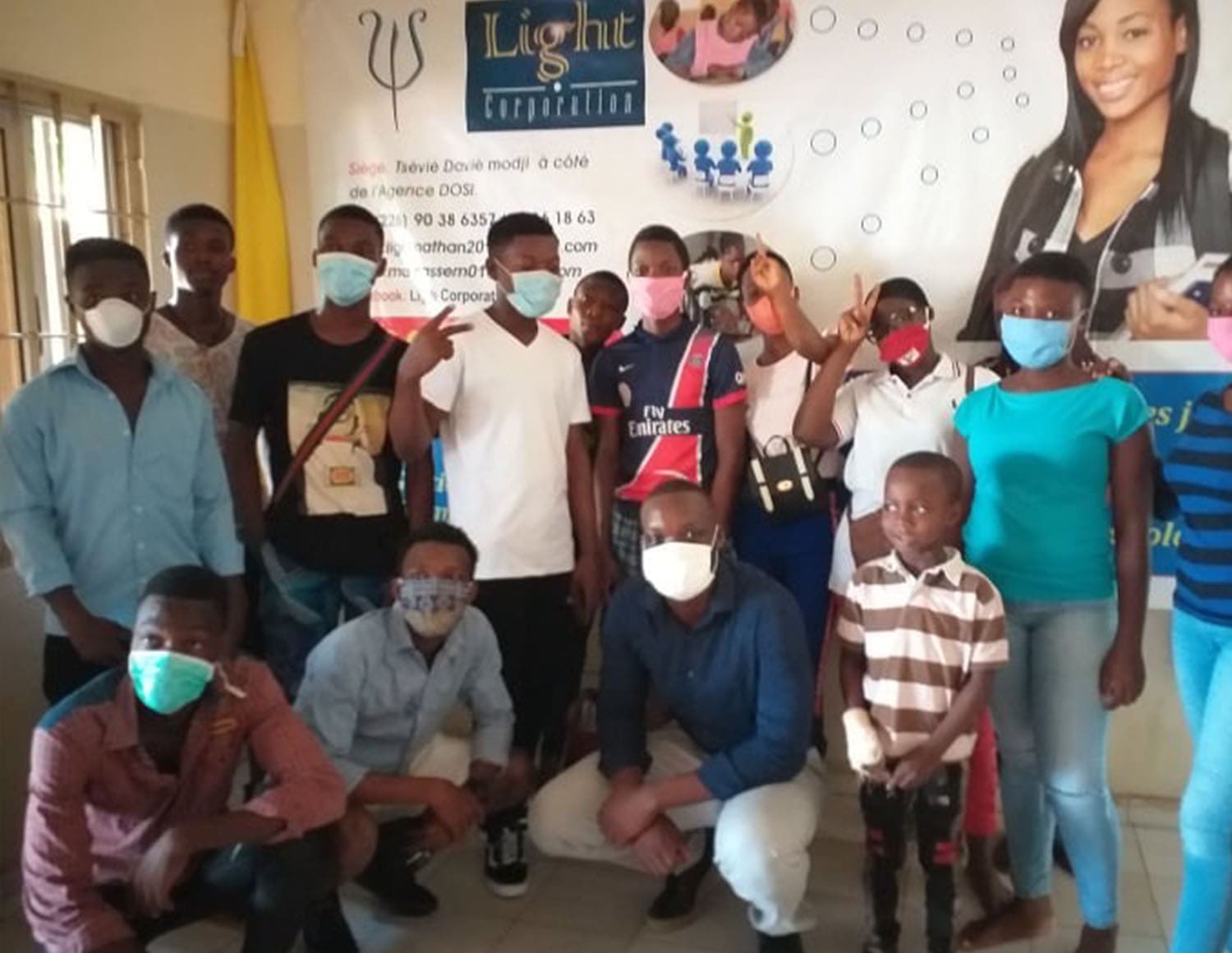 If changing the world comes one step at a time, rising senior Kpatcha Massina has his shoes laced and his momentum forward. This spring, displaying a devotion to service learned in Norwich University’s Corps of Cadets, Massina helped a vulnerable community in his native Togo, western Africa.

In May, Massina, an international studies major who has worked with Norwich’s Center for Global Resilience and Security, delivered $413 in cash and two 50-kilogram (110 pound) bags of rice to the Association Light Corp. in Tsévié, about 22 miles north of Lomé, the Togolese capital and Massina’s hometown. A donation ceremony took place May 20 at the association’s Tsévié headquarters in the Zio Prefecture.

The news site atlanticinfos.com reported that the Norwich donation, raised partly from students, faculty and staff through a GoFundMe campaign, will support academic and professional guidance, artistic, cultural and human resources training and psychological counseling in Tsévié. In particular, atlanticinfos.com reported, Norwich’s donation will go toward educating Tsévié’s young women and girls.

This summer, Massina planned to study food and nutritional troubles faced by internally displaced women and children in Burkina Faso, about 294 miles north of Lomé. The coronavirus pandemic changed his plans.

Association Light Corp. told the news website that some of the donated money went toward kits that included cooking oil, soap and face masks to accompany the donated rice.

At the ceremony, Light Corporation Association Coordinator Adèle Tsadi-Malim Kassem thanked the donors and appealed for other goodwill to help the Togolese.

Aid has arrived. The International Monetary Fund in 2014 reported that though eliminating tuition fees has improved access to Togo’s schools, the nation’s education system cannot shoulder free public education’s financial burden. So, the Global Partnership for Education, in its 2014-25 plan, has worked to extend preschool in rural and poorer Togolese environments, reduce illiteracy and develop quality secondary, technical, vocational, and higher education.

“Regional and especially local disparities remain in terms of access, and groups of children throughout the country do not attend school,” the International Monetary Fund said.

The nonprofit foundation called creating opportunities to educate girls critical. Because Tsévié’s poverty rate is 73.4%, and because parents may believe early marriage provides more economic security for daughters than educations would, the Montreal-based foundation said, 26% of girls in Togo are married before they turn 18.

“Girls who drop out of school early and get married are usually disempowered to make decisions, making not only themselves more vulnerable, but also their children, their families and ultimately their communities,” the foundation wrote on its website.

Massina has long focused on research at Norwich. With the Center for Global Resilience and Security, he has contrasted the United States’ relationships with Arctic populations to those of Russia and China and explored the Arctic’s indigenous people. In December, at the annual Students to Scholars Symposium, Massina presented research on the World Bank, economic infusions and refugees.

This summer, Massina planned to study food and nutritional troubles faced by internally displaced women and children in Burkina Faso, about 294 miles north of Lomé.

But in a May 8 Facebook video, Massina said the pandemic, which sent him from Vermont back to Togo earlier than expected, has kept him from traveling for research. He switched his study to COVID-19’s effect on migration into Togo and the fresh wave of poverty the pandemic sparked, especially at a refugee camp there.

“The borders are closed and the airport’s not working,” he said in the video, adding that there’s a curfew from 8 p.m. to 6 a.m. daily. “Most restaurants in Togo are turning into takeout. People still go to work; it’s relatively calm.”

“It was a meaningful experience because now looking back, these people will have hope and a willpower to succeed.” Kpatcha Massina, Norwich University rising senior

In a June 22 email, Massina said his research is progressing, if occasionally grim.

“I find it hard sometimes,” he wrote, “but I learn a lot about refugees’ harsh conditions in refugee camps, especially now with the (sanitation) crisis. Still, (the research) is needed to help break the cycle and provide some solutions.”

In an earlier message, Massina said he organized the Tsévié donation because he’d always wanted to help his Togolese community.

“I decided to open a GoFundMe, because I knew that giving money would have a more direct impact on people than just sending clothes and notebooks,” he wrote. “It was a meaningful experience because now looking back, these people will have hope and a willpower to succeed because other people have thought about them, meaning they are not alone.”

“Kpatcha’s generosity completely embodies his deep passion for helping those in need,” Kulkarni wrote in an email. “Kpatcha truly exemplifies Norwich University’s citizen-soldier-scholar model and I expect we will hear of many more of his accomplishments in the coming years.”