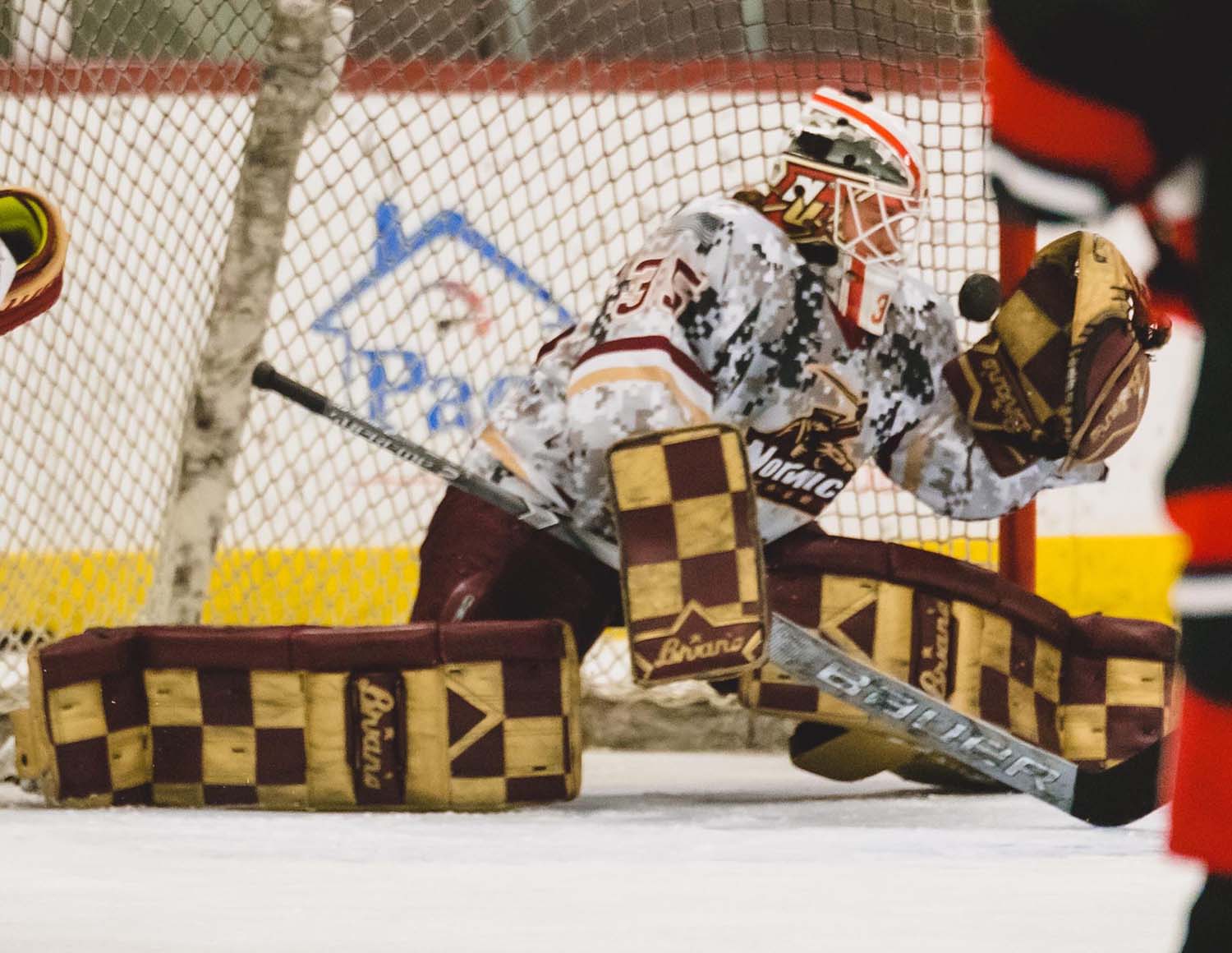 The CoSIDA Academic All-American program recognizes the nation’s top student-athletes for their combined performances athletically and in the classroom.

Lambert was the lone women’s ice hockey player in the country to earn at-large Academic All-American honors this season out of the 45 selections.

Lambert was the lone women’s ice hockey player in the country to earn at-large Academic All-American honors this season out of the 45 selections.

“Emily is a rare, and extremely unique talent,” Norwich University women’s ice hockey head coach Sophie Leclerc said. “She used each day as an opportunity to challenge herself and her teammates to be the best they could be, leading the way on the ice and in the classroom.”

Lambert graduated in just three years as a double major in international business and Spanish with a 4.0 GPA. On the ice, she was named the 2019 NEHC Goalie of the Year after backstopping the Cadets to a NEHC Tournament title.

She compiled a 26-6-1 career record with 11 shutouts to rank sixth in program history.

Off the ice, Lambert volunteered with the women’s ice hockey team at the Wheels for Warmth annual fundraising event that benefits Central Vermont families that need heat during the winter.

Lambert is a member of the Delta Mu Delta and Sigma Delta Pi honor societies. She studied abroad in Costa Rica and Europe.

Norwich’s three at-large All-American selections are the most in school history in a single year; the university’s four overall selections in 2019-20 academic year are also a school record.