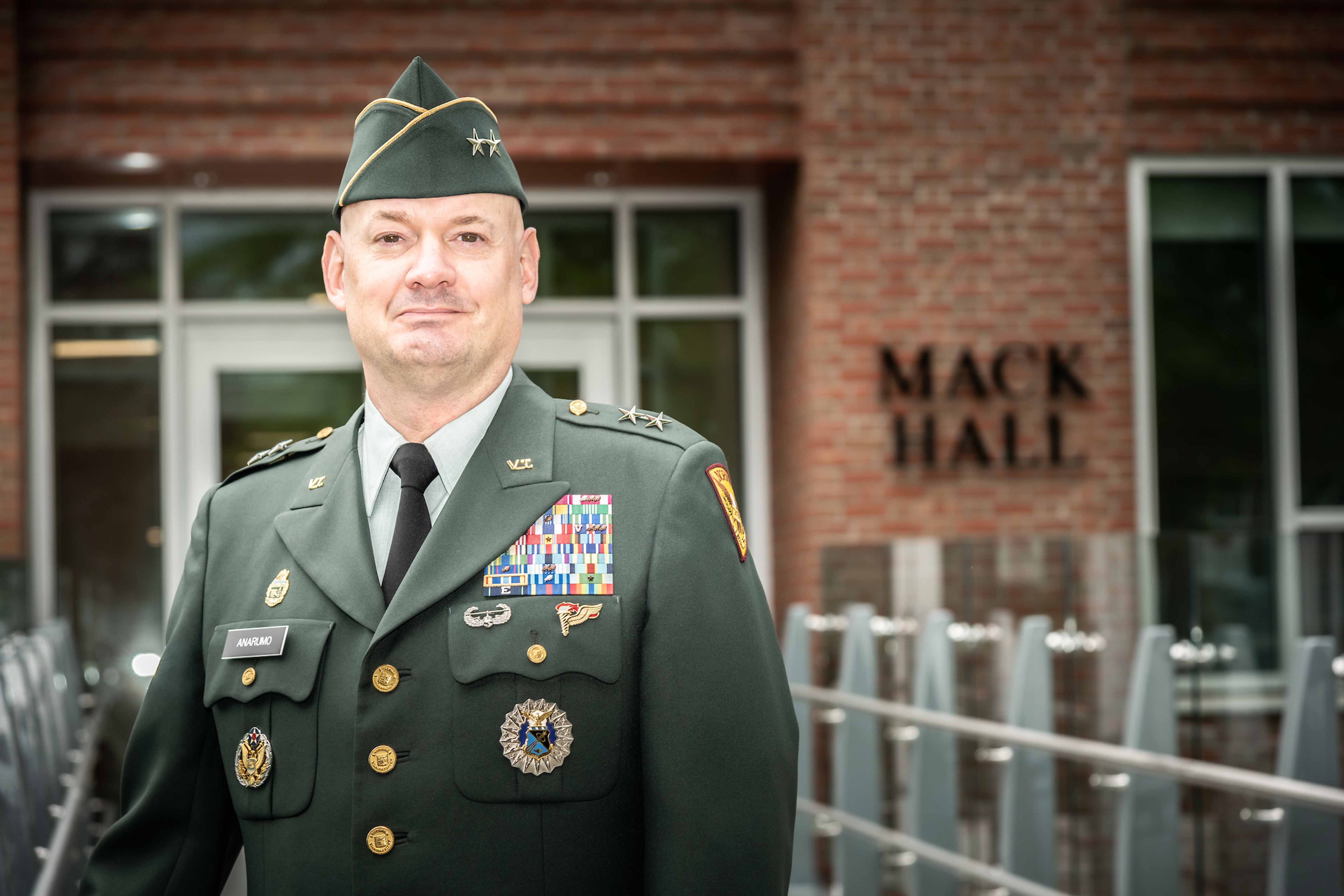 Reagan ’04 will moderate and Dizon ’11 will introduce Wednesday’s panel discussion, which the Norwich University Alumni Association said will be the first of two on suicide prevention. The session, featuring a panel including new Norwich President Mark C. Anarumo, will be the first of three upcoming summer offerings in the continuing education series, staged by the association and started in 2014. Though the Legacy of Learning sessions are aimed mostly at alumni, to offer personal and professional growth and lifelong learning opportunities, current students are welcome and encouraged to participate.

“It’s up to us as peers, when we’re having that conversation, to have the courage to ask the questions, to be able to say, ‘Hey, you don’t sound like you. Is everything OK?’” Joe Reagan ’04, Legacy of Learning webinar moderator

Jenny Goudreau ’90, an educator, coach, and consultant with extensive experience in the human service and nonprofit sectors; Patrick Morales, a suicide survivor who attended Norwich from 2010-11; and Brianne Sampson, a licensed social worker and clinical support services director for Hope for the Warriors, a nonprofit veteran service organization, complete the “Suicide Awareness and Prevention” panel.

Data suggest suicide is an increasing societal problem. In 2018 Suicide Report, the Defense Department said 541 U.S. service members died by suicide in 2018 and that the suicide rate rose from 18.5 to 24.8 suicides per 100,000 active-duty service members from 2013 to 2018. After accounting for age and sex, military suicide rates were roughly equal to rates in the U.S. population, the department added.

Dizon, who served in Iraq and is the military and veteran program coordinator for Hope for the Warriors, said it’s important for veterans and Norwich, which prepares leaders, to discuss suicide, difficult and wrenching as it is. Dizon remembered feeling particularly sad at the funeral of a fellow armed forces veteran who'd talked to neither father nor his friends, before killing himself.

“I remember thinking, ‘He didn’t call any of us,’” said Dizon, who is on the board for Norwich University Alumni Association and leads its Events Committee. “And I made sure I put my number out there and said (to the people I was with), ‘Guys, if you’re ever feeling in the funk, call us. Let us know it’s serious.’ I’ll drop everything to talk to you and I know there are lots of guys and gals out there who will do the same.”

Dizon and Reagan said it’s important to alert Norwich’s community that help exists, from professionals, groups and friends. Reagan added that this message matters particularly with the news so grim — millions are unemployed and protesters are marching to call for racial justice — and people physically distanced to forestall coronavirus infection.

Like Dizon, Reagan remembered a fellow veteran who’d committed suicide, an Army soldier who killed himself during an installation, leaving behind a young family. Reagan said he wants to be ready to help people spiraling toward darkness and keeps a suicide prevention hotline in his cellphone contacts in case he needs a professional counselor to intervene.

“It’s time to talk about trying to intervene before someone gets to that point of crisis,” said Reagan, a public advocate for Veterans Count, Easterseals Military and Veterans Services’ philanthropic arm. “It’s up to us as peers, when we’re having that conversation, to have the courage to ask the questions, to be able to say, ‘Hey, you don’t sound like you. Is everything OK?’”

WATCH: See the video of the Suicide Awareness and Prevention" webinar

Here’s a closer look at Wednesday’s seminar and other upcoming Legacy of Learning webinars, which are free to access.

Jenny Goudreau ’90, who has worked as a counselor for military families through Fleet and Family Service Centers, as a volunteer ombudsman with the USS Nimitz and as a resource specialist for San Diego County’s mental health programs, will lead this discussion on resiliency from personal, organizational and systemic perspectives. Panelists are James Goudreau ’90, head of climate for Novartis Business Services, an international company, and a former U.S. Navy captain; Norwich University philosophy professor Brian Glenney and Norwich University psychology lecturer John Dulmage ’12.