A hero’s legacy continues with call for giving 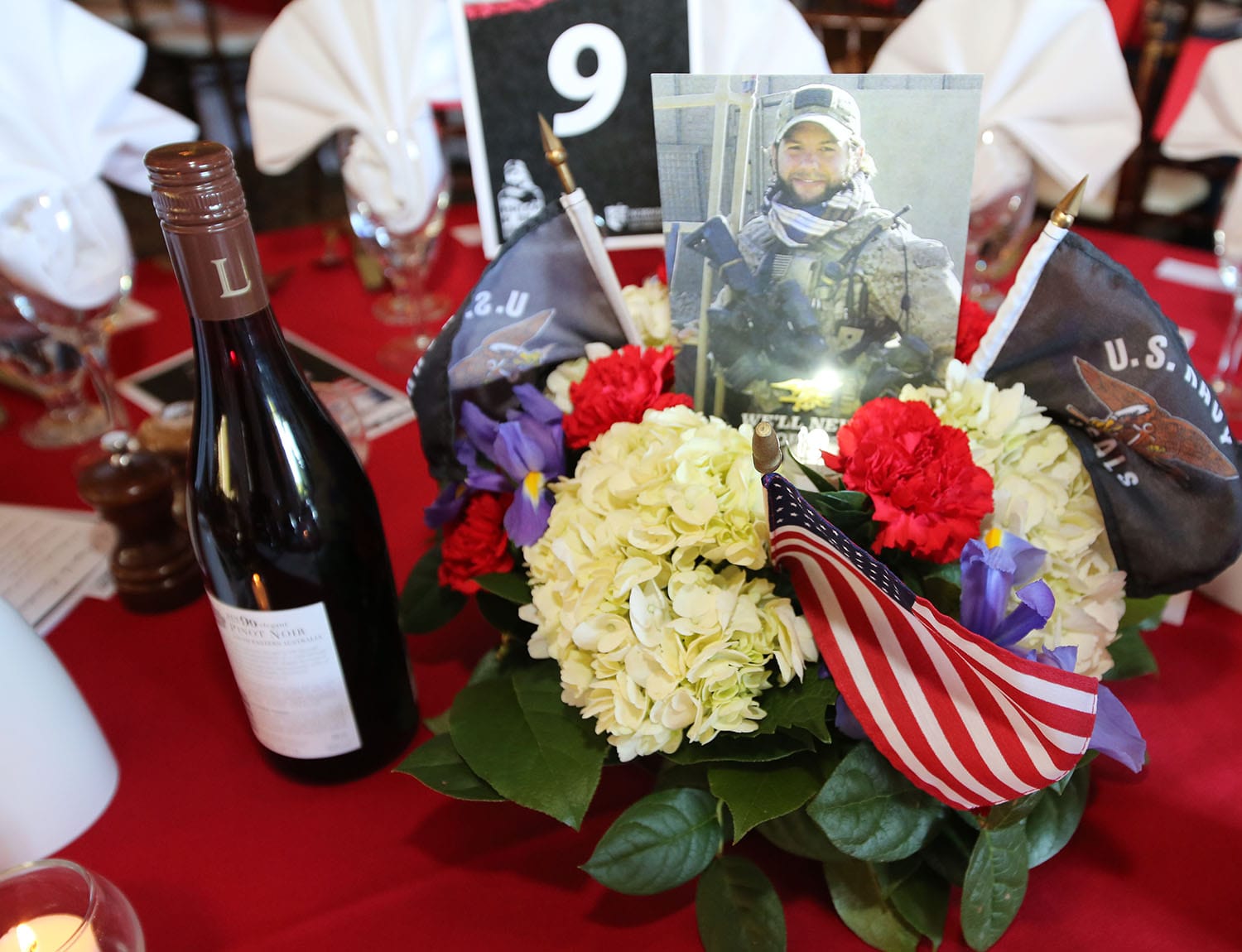 Brian Bill gave his life for his country. The U.S. Navy SEAL and 2001 Norwich University graduate was one of 38 people killed when enemy fire downed the CH-47 Chinook helicopter he was on in Afghanistan in August 2011.

In his honor, Norwich and Bill's family, the Parry family, have held a charity golf tournament to support a scholarship in his name every spring since 2012. The coronavirus pandemic and ensuing campus shutdown scrubbed those plans, but the university issued the Brian R. Bill Memorial Giving Challenge in lieu of the tournament to raise money for the scholarship.

“It was great to see how the SEAL family and all of their friends came together to support so many students in the memory of Brian.”Harding Bush ’89, 2019 Brian R. Bill Memorial Golf Tournament participant

“Your gift will support our mission of supporting students as their financial needs increase,” Bill’s mother, Pat, said in a video. “Thank you for your understanding and support.”

From 2017 through 2019, the College of Graduate and Continuing Studies awarded students from the U.S. Navy, U.S. Army and U.S. Marine Corps approximately $38,000 in scholarships through the Brian R. Bill, Sergeant’s Three, De Oppresso Liber Scholarship and Special Operation CGCS scholarships.

Jake Chamberlain, who recently graduated with a mechanical engineering degree, has in past years worked with the Naval Special Warfare Club to organize the Brian R. Bill Memorial Challenge, a separate, obstacle course fundraiser running during the winter instituded un 2013.

“As many of you know, Brian’s wonderful parents have set up a scholarship fund in his name to allow students such as myself to follow in his footsteps without having to worry about the financial burden of student loans,”  Chamberlain said, adding that he plans to enlist in the U.S. Navy, as Bill once did. “I’m asking you to give whatever you can to make it possible for students like me to continue to succeed at Norwich.”

“It’s a pretty special event to take part in,” he said. “It’s an amazing collection of Norwich alumni, the Navy SEAL community, and the friends and family of the Parry family (Bill’s family). It’s an honor to be a part of the cause.”

Bill, born on Aug. 23, 1979, in Stamford, Connecticut, graduated from Norwich in May 2001 after earning an electrical engineering degree and serving with the Corps of Cadets. Two months after graduating, Bill enlisted in the U.S. Navy, reporting to Naval Recruit Training Command in Great Lakes, Illinois.

He completed basic training in September 2001, then spent three months at an aviation school at the Naval Air Technical Training Center in Pensacola, Florida. In December 2001, he entered his six-month Basic Underwater Demolition/SEAL training program, working toward his lifelong dream of becoming a Navy SEAL.

Bill served in SEAL Team Eight in Virginia Beach, Virginia, from June 2003 to July 2007. He then trained with the Naval Special Warfare Development Group, earning assignment to a SEAL team. As a Navy SEAL, Bill completed numerous worldwide deployments to fight global terrorism.

Harding Bush ’89, who served with Bill on Seal Team Eight in Iraq in 2004, spoke highly of him on a Facebook page devoted to the golf tournament.

“Last year, I played in the Brian Bill Memorial Golf Tournament and it was great to see how the SEAL family and all of their friends came together to support so many students in the memory of Brian,” Bush said in the video. “Please consider supporting the Brian Bill Scholarship to help Norwich students remain at Norwich and enhance their lives.”

“No matter what the type, if there was a challenge, we could bet Brian would be right there to conquer it,” Michael Parry said.