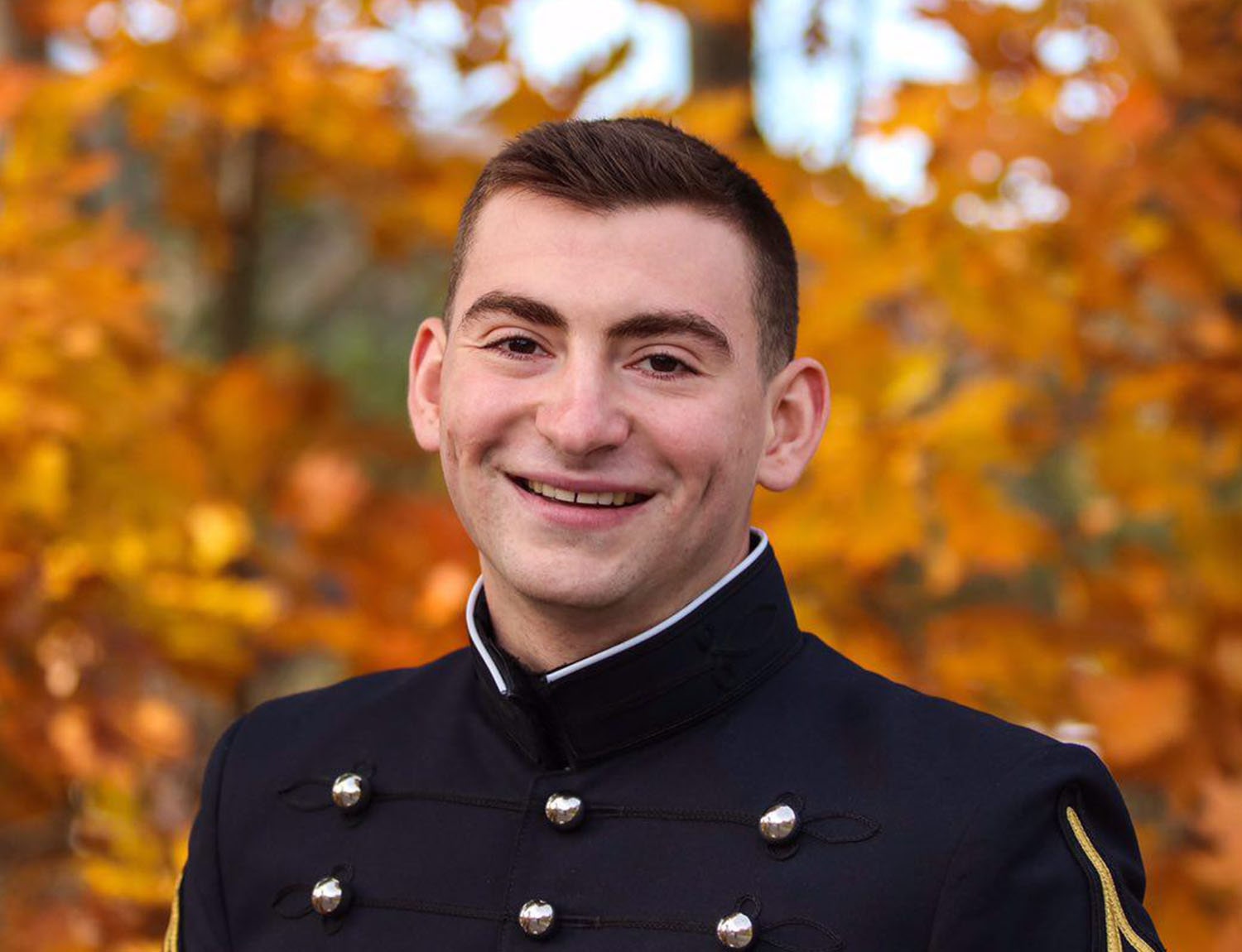 Jack Carlson will admit to having his head in the clouds sometimes. His career ambition is up there.

Carlson, an environmental science major and rising senior with dreams of piloting aircraft, will combine his passions for flight and research this summer with NASA’s Student Airborne Research Program, an eight-week, science, technology, engineering and mathematics-focused internship for senior-year undergraduates.

The program will run June 30 through Aug. 7. Project Manager Emily Schaller said the plan is to have students based some of the time at NASA’s Armstrong Flight Research Center and the University of California, Irvine. They will board NASA flying science laboratories and research Earth system processes, such as air quality, forest ecology, ocean biology and atmospheric chemistry. (The DC-8, P-3B, C-23, UC-12B and ER-2 have served as program aircraft).

“Even just being close to an airport and seeing jets pass overhead reminds me of my goal every day, and it‘s something I can’t see my life without.”Jack Carlson, NASA Student Airborne Project participant

Schaller said the students will participate online for at least the start of the summer. She said program officials have mailed students canisters to sample the air at their homes, partly to gauge COVID-19-related improvements.

“They'll be taking at-home measurements using the same system of air canisters we use on the aircraft,” she said.

Majors in physical, chemical, or biological sciences, mathematics or engineering may apply for the internship. They must have a 3.0-or-better grade-point average; show interest in Earth system science and research; and be able to lead or work in teams.

The students likely will find some improvement. Reuters reported May 13 that National Oceanic and Atmospheric Administration researchers had observed a 25% to 30% reduction in smog-causing nitrogen oxide emissions and drops in volatile organic compounds and greenhouse gases in both the northeastern United States and urban Colorado.

Carlson, a Corps of Cadets member, hopes to land a California Air National Guard pilot contract in San Francisco. Carlson said if he doesn’t reach his career goal of armed forces or commercial pilot, he hopes to work with airports as an environmental engineer.

Carlson said his aviation passion has family roots. As a boy, he would attend air shows with his grandfather, a former bomber pilot, who would point out the jets he used to fly.

“That was imprinted on me and never left,” he said by email. “Even just being close to an airport and seeing jets pass overhead reminds me of my goal every day, and it’s something I can’t see my life without.

“When I first heard of the opportunity to do a research internship on the environment and that part of it would entail doing work on a P-3 Orion (a four-engine turboprop antisubmarine and maritime surveillance aircraft), you didn’t have to ask me twice to apply,” he said. “Sure, I knew the odds were slim and I thought I wouldn’t make it, but what was there to lose?”

Schaller said Carlson is just the third student from a Vermont college to participate; students from the University of Vermont and a Lyndon State College student participated previously.

Participants will receive a $5,000 stipend, funding to cover travel to California and housing and transportation during the program.

As much as Carlson loves the sky, he loves the earth and the outdoors. He said he’s backpacked all over the country with friends and sees splendor in everything from small gardens to large museum displays. Through CIS Abroad, he spent most of the semester at the University of Sydney in Australia and visited the Great Barrier Reef; Kuranda, Australia. (He’s since returned home to the United States and Manchester-by-the-Sea, Massachusetts.)

“Jack will work hard, will volunteer for everything and will make great connections with other students and scientists.”Laurie Grigg, Norwich University environmental science professor

“In the grand scheme of things, if I can find a job that has me working around the efficiency of public transportation (or) finding ways to mitigate carbon emissions from the aviation industry that would be an incredible achievement,” Carlson said.

Carlson said Richard Dunn, a geology professor and the Department of Earth and Environmental Sciences’ chairman, alerted him to the NASA opportunity. Carlson said his academic adviser, environmental science professor Laurie Grigg, and Eric DeLuca, a Massachusetts Bay Transit Authority mechanical engineer who was his immediate supervisor during last summer’s internship, encouraged him to apply.

In an email, Grigg said Carlson is a diligent, curious student with the perseverance and motivation to thrive. She said Norwich’s research projects, which have students haul equipment into the field to measure, identify and describe phenomena, will prepare him for NASA program research.

“Several of my courses involve an extensive field component and Jack was always one of the first (students) in the river to grab a water sample or test the clay consistency of a wetland soil,” Grigg wrote in her letter of recommendation. “During my Freshwater Ecosystems class, we spent a day on a research vessel on Lake Champlain learning about everything from multibeam sonar to plankton collection and despite the rainy, cold day, Jack was visibly thrilled by the opportunity and did not miss a thing.”

Furthermore, Grigg wrote, Carlson has emotional maturity and perceptiveness, and works well with others.

“I know Jack will succeed in this program,” Grigg said. “Anytime a student gets to experience firsthand this high level of research and equipment it opens doors and possibilities they never knew existed.

“Jack will work hard, will volunteer for everything and will make great connections with other students and scientists.”

College of Science and Mathematics Dean Michael McGinnis said Norwich’s Earth and Environmental Sciences program, which encourages students to develop projects and work one on one with faculty, has yielded students valuable research chances.

“It doesn’t surprise me in the least that in the past few years that Earth and Environmental Sciences produced the first Norwich student to attend Woods Hole Oceanographic Institute (Carmine Ricciardi ’20) and now the NASA Student Airborne Research Program.

“It is a testament to the rigor and quality that … Norwich graduates possess,” McGinnis said.

Landing the internship was surreal and surprising, Carlson said. He thought the you’ve-got-it email was just a response to a query.

“The impact of the first sentence didn’t feel real at first, and I was so fixated on thinking it was the email to answer my question until after going back a couple (of) times,” he said, adding that he hopes the internship will give him senior thesis ideas. “This was a program where I legitimately thought I wouldn’t make it in.

“The feeling was one of shock at first and then just being overwhelmed with the knowledge I get to be part of something as big as this.”