Class of 2020’s vision: Distanced but unified at commencement 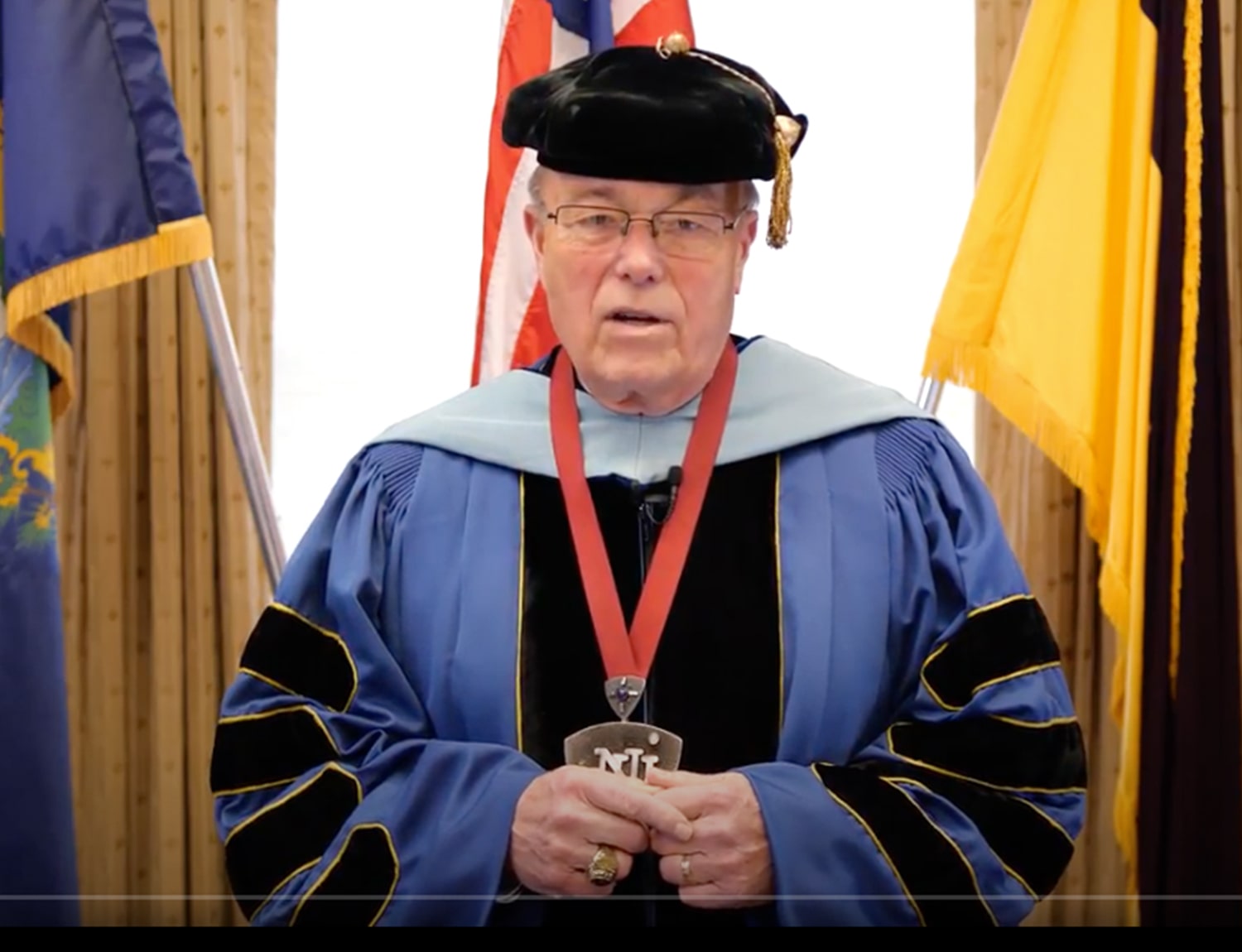 This moment was meant for a stage. Ordinarily, campus (and Northfield, Vermont) would be alive this weekend with energy and music and families — all gathered to honor the Class of 2020. Although the coronavirus emptied the university’s buildings and grounds, emotions remain high — joy and relief prominent — as students and their mentors and professors reflected on completing their degrees and meeting their futures.

Preliminary counts show 595 undergraduates will earn degrees Saturday, 204 Bachelor of Arts degrees, 391 Bachelor of Science degrees. An even dozen students will earn master’s degrees. Although the traditional commencement ceremony has been pushed to Sept. 12 because of the coronavirus pandemic, students and university officials are finding ways to mark the moment now.

“How can you say goodbye to a place that has given you the best, most transformative four years of your life?” Emma Nettleship, graduating Norwich University senior

Olivia Bloom, a neuroscience major, said although she’s far from Vermont, living with her new husband, a fellow U.S. Marine and a fellow graduating Norwich senior, in Jacksonville, North Carolina, she has a cap and gown, courtesy of her mother in Maryland. She said she’d dreamed of wearing her Marine service uniform at graduation and feels sorry she won’t.

Nevertheless, Bloom said she’ll connect with friends and family through FaceTime and other virtual platforms. Bloom said she’ll also write and send old-fashioned pen-on-paper notes, to deliver a dash of ever rarer analog sentiment in the digital age.

“As long as you have community, everything’s good,” Bloom said by GoToMeeting chat Thursday. “This (stoppage) is kind of bringing us back to what we used to have. And even though it is virtualized, I think people are realizing creativity is never going to leave. So always having that ability to write, send it to somebody, that special card you get in the mail … for me, that’s a way to say ‘thank you.’”

Emma Nettleship, a graduating cybersecurity and information assurance major, said she and her classmates had lost their “lasts” on campus, including last goodbyes. However, she said her 2020 class, and Norwich’s wider family, remain tight-knit and strong. Corps and civilian students alike have relied on one another to transition to distance learning and quarantines.

“This past year, I have tried to enjoy all the little things Norwich has offered me, but I’m still not ready to say goodbye,” Nettleship wrote. “How can you say goodbye to a place that has given you the best, most transformative four years of your life?

“Even though my time at Norwich has been cut short, I will forever be grateful for the relationships I have made and all the lessons I have learned,” she added. “Norwich Forever!”

Samson Faccon, a graduating communications major, Corps of Cadets member and, like Bloom, a Marine Corps enlistee, said he worried less about when the graduation ceremony will be than whether there will be one. He said finishing his schooling, and eventually having degree in hand, will deliver accomplishment and relief.

Faccon wrote in an email that he feels fine about life’s next steps, too; he’ll work in his family’s business, the multimedia Orange Cats Studio in Cornwall-on-Hudson, New York, and execute his Marine Corps Reserve duties. He said he’s grateful to rookdom and cadet life for chances to belong, learn from top-flight leaders and grow from unexpected experiences. He said he cherishes his deep network of friends and peers.

“For anyone who is still attending another year at Norwich University (including fifth-year students),” he wrote, “make sure to be with your friends and draw your connections closer, during the tougher times that will happen on campus. Always remember that the great memories and moments that you have made create an impact on the Wick and continue to make more of them.”

Jonathan Tomaso, a graduating history major from Franklin, Massachusetts, will head to Fort Sill, Arkansas, and then Fort Riley, Kansas, to serve the U.S. Army field artillery postgraduation. He wrote in an email that though he’s excited to graduate, the time passed too quickly. Like Faccon, Tomaso said he’ll miss people who pushed him to excel.

“You’re never out of the fight,” Tomaso wrote, describing his most lasting Norwich lesson. “Whenever you’re down and out and having a bad day, there’s always something you can do, or someone you can turn to to make things better. Once you realize this, you’ll never truly have a bad day, because you’ll just keep looking for the good.”

In video tributes, Norwich officials congratulated student-athletes and freshly minted alumni. A montage of coaches thanked their athletes for their dedication, effort and thrilling play.

“Thank you for the past four years in which you’ve worn ‘NORWICH CADETS’ across your chest,” head football coach Mark Murnyack said. “You have represented this great university on the field, and on the ice, and on the court and on the trail and on the pitch and on the mat and on the diamond and in the pool of athletic competition.”

Head women’s hockey coach Sophie Leclerc added, “You’ve given us all so much to remember, to celebrate and be thankful for that our words do not seem to do justice to the true emotions of gratitude that we feel. Thank you for the examples that you’ve set.”

In a different video, Norwich Alumni and Family Relations Director Eddie Habeck ’99 M’10, welcomed the new graduates to the alumni network and acknowledged the uniqueness of their COVID-19-abbreviated final semester. However, he added, as the slogan goes, Norwich, and its connections, for camaraderie, career support and lasting friendship, are forever.

“Try to look at it this way,” Habeck said, “although your days are ending of being a Norwich University student, you have your whole lifetime to be a Norwich University alum. And the best part about this is you’re going to create Norwich friendships far outside of your graduating class.”

A last word from the president

Fittingly, the last word in sendoffs went to Richard W. Schneider, who is retiring as Norwich’s president after 28 years. He appeared in both the coach’s video, reminding student-athletes how much he and his wife, Jaime, had enjoyed watching them play, and in a video tribute to new graduates.

In the graduation video, Schneider, clad in a black beret and royal blue-and-black commencement regalia, said Norwich’s students have been on his mind constantly since March, when campus closed, and especially at commencement. He said he’s particularly attached to the Class of 2020, the last graduating group he’ll oversee as president; he said he thought of each student with each diploma he signed.

Schneider recounted the many ways he’d gotten to know students — through the Corps, Shock Platoon, Pegasus Players troupe, Regimental Band or maybe through chance meetings when he was walking his dogs on campus. He said he’ll miss the students, but the goodbye is temporary.

There will be many homecomings ahead, he said, and many successes.

“We’re going to be watching you,” Schneider said. “Many of you, I believe, will go on to do unbelievably great things both in graduate school and in your professional lives and in your personal lives.

“We want you to have a great life,” he added, raising a Norwich Athletics mug to make a toast. “We’ll always be there for you … (and) we wish you the very best on your commencement.”

To view these videos, and other messages to our graduating class, please visit :