By NU Office of Communications
Category: News
May 01, 2020 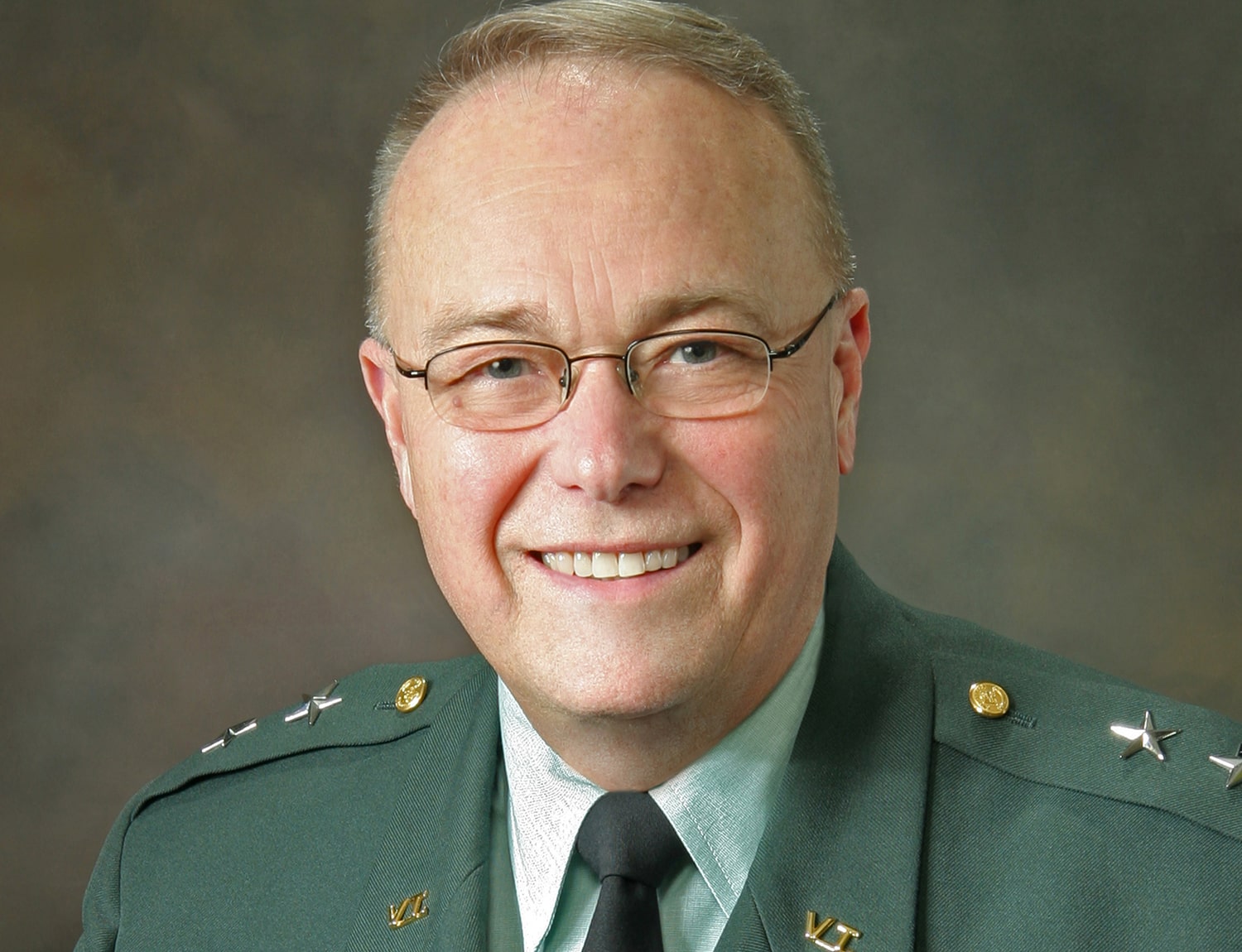 NORTHFIELD, Vt. — Norwich University is honored to announce that its own President Richard W. Schneider, one of the nation’s longest-seated university leaders who will retire on May 31 after  28 years at the helm, will deliver the 2020 Commencement address to graduating seniors on Saturday, Sept. 12, 2020.

Because of COVID-19 concerns, the 2020 ceremony was rescheduled from a typical spring ceremony to this fall date. Details of the ceremony will be planned as Norwich monitors the pandemic situation.

Schneider, a Queens, New York, native, is a 1968 graduate of the U.S. Coast Guard Academy. He was commissioned as an ensign in the Coast Guard and served eight years on active duty, including a tour of Vietnam. He retired from the Coast Guard Reserve as a rear admiral in July 1998. He earned a master’s degree in liberal studies from Wesleyan University and a doctorate in public policy from the University of Delaware.

During Schneider’s tenure, Norwich University has seen major improvements on multiple fronts. Academically, four colleges now offer 39 different undergraduate majors, six of which are degree completion programs offered online. Other accomplishments include: an increase in total enrollment by over 62%, from 2,475 to approximately 4,003, and enrollment in the Corps of Cadets by over 60% from 941 to over 1,500; increased undergraduate student selectivity with an increase in average SAT scores and the percentage of applicants accepted dropping from 93% to 71%. He established the College of Graduate and Continuing Studies, which has more than 1,600 online students enrolled in 19 programs including master’s degrees, bachelor’s degrees and professional certificates.

On campus, an Honors Program and three interdisciplinary research centers have been instituted in peace and war; global resilience and security; and cybersecurity and digital forensics. Schneider built a cybersecurity program that is a national leader and founded the Norwich University Applied Research Institutes, which was federally chartered under legislation sponsored by Sen. Patrick Leahy, D-Vt., in 2002 and is funded partly through the Homeland Security and Defense departments.

Also during his tenure, Schneider has made substantial additions to the physical campus. These include: Kreitzberg Library, Bartoletto Hall, Wise Campus Center, Sullivan Museum and History Center, Kreitzberg Arena, Shaw Outdoor Center and Doyle Hall, a biomass plant, two new dormitories, Dalrymple and South halls; renovations to the Haynes Family Stadium at Sabine Field, a brand-new four-story state-of-the-art academic building, Mack Hall, and renovations to several other buildings. Many of the physical improvements were funded by the Forging the Future $100 million five-year bicentennial campaign, culminating in 2019. With the conclusion of that campaign, 96% of all academic space was completely renovated or is new construction. The Sullivan Museum and History Center has also been recognized as a Smithsonian affiliate.

Norwich University’s 2020 Commencement ceremony will address the Class of 2020 matriculating from 32 undergraduate programs and one on-campus master’s program. Students in Norwich University’s online programs have also been invited to participate, as their June residency was canceled amid pandemic concerns. At the ceremony, Schneider will receive an Honorary Doctor of Higher Education Administration. To honor their role in the success of the Bicentennial Campaign, other honorary degrees will be awarded to: Joel Kobert, ’65 – Doctor of Laws; David Magida – Doctor of Construction Management; and Douglas M. McCracken ’70 – Doctor of Business Administration.

Once details are solidified for the Sept. 12 ceremony, all relevant information will be posted here: https://www.norwich.edu/commencement.