Special salutes, all in the line of service 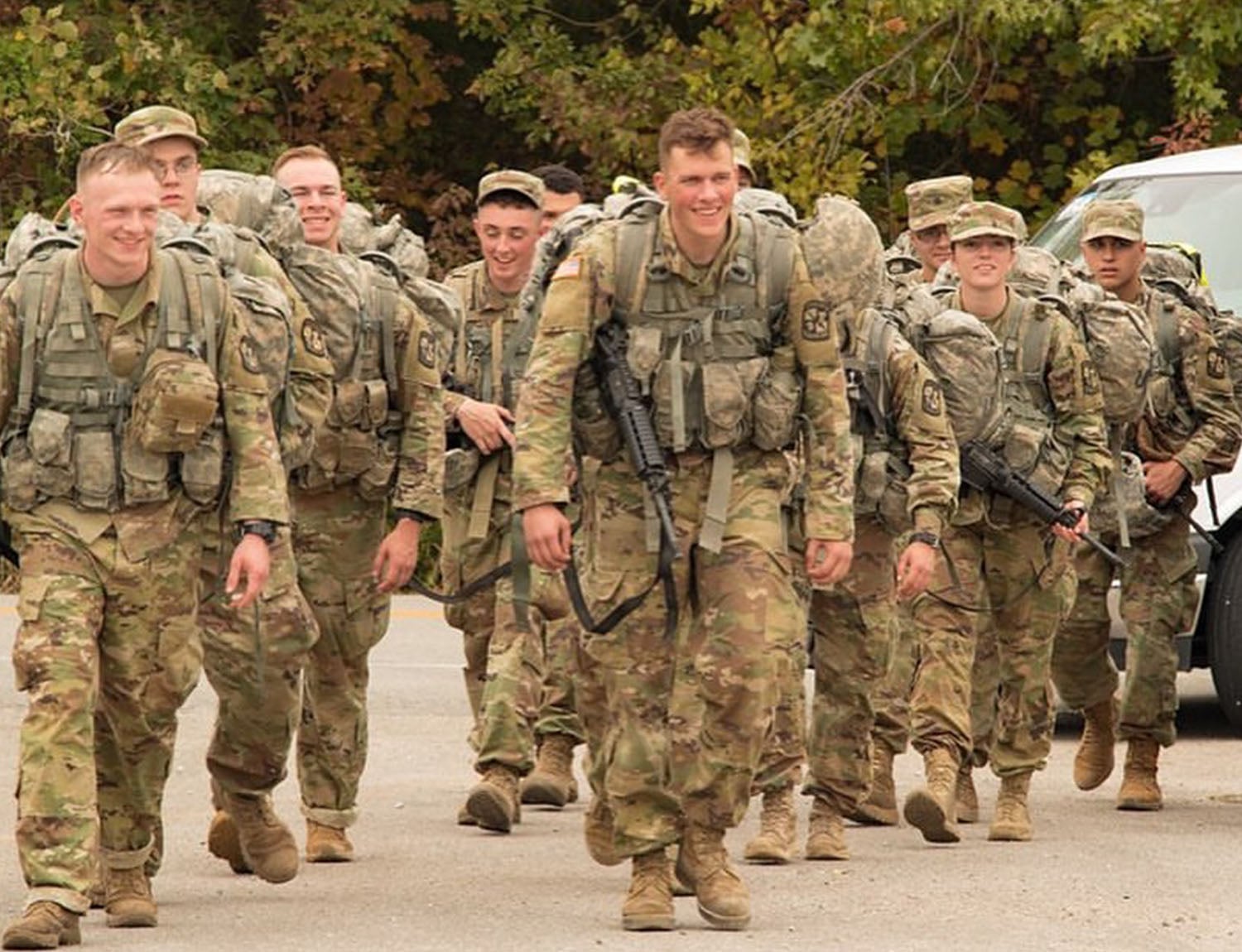 The coronavirus pandemic blew campus life to the winds, sending students online to finish semester coursework on time. But the Tri-Service Awards, which honor high-achieving ROTC students and Norwich cadets, were dispersed to seniors, in true resilient Norwich University fashion. And President Richard W. Schneider took to video to congratulate those recipients.

Fifty-four Tri-Service Awards were presented for leadership in the U.S. Air Force, U.S. Army, U.S. Navy and U.S. Marine Corps and for academic and athletic achievements of cadets in Norwich’s Corps of Cadets. The prizes, some named for distinguished servicemen and servicewomen, honored students’ patriotism, professionalism, appreciation for military history, warrior ethos, devotion to community and compassion for peers.

“You are my seniors, you are the best of Norwich. You are the ones taking commissions in service of America. I want you to know how proud I am of you.” Richard W. Schneider, Norwich University president

In the video, Schneider, dressed in his Vermont Militia dress uniform, acknowledged everyone’s scuttled plans. Ordinarily, he said, he’d stand onstage at Plumley Armory, addressing rows of seated students who would cross the stage when recognized. He said he’d miss seeing the confident strides that illustrated their transformations from out-of-sorts rooks into ready-to-commission officers and ensigns.

“You are my seniors, you are the best of Norwich,” Schneider said. “You are the ones taking commissions in service of America. I want you to know how proud I am of you.”

If he couldn’t have a stage, seals would have to suffice for Schneider. He stood before the five armed forces logos — the U.S. Air Force, U.S. Army, U.S. Coast Guard, U.S. Marine Corps and U.S. Navy. And he’d have images of students in action — marching on the Upper Parade Ground, toting flags in ceremonies, breaking from a football huddle in camouflage jerseys, taking notes in class.

“I’m sorry we’re apart,” Schneider said. “This is not the spring I wanted for you, I’ve told you that before. But this is the spring all of us, you and I, will always remember.

“Thank you for all you’ve done at school,” he said. “You’re going to make awesome officers who will carry our flag, and that of the United States, high. You will make us proud.”

Wolf said seeing the students grow, learn and earn commissions had been rewarding and inspirational. He offered them advice for future success.

First, he said, hold yourself to high mental, moral and physical standards; future colleagues will watch and learn from the example. Nobody should settle for average if they can be great, he said.

Second, Wolf said, good officers help subordinates shine, partly by helping them avoid fatal errors and learn from smaller ones. Wolf likened the many duties military personnel will juggle — relationships, job duties, professional advancement — as balls. The really important ones are glass; if they get dropped, they shatter. These are the fatal errors. Integrity is like a glass ball, he said; once lost, it’s hard to recover.

Smaller errors, Wolf said, are like plastic balls; when dropped, they bounce up again to be juggled anew. These are the smaller errors all people make, Wolf said; all present chances to learn.

“Understand what the true no-fail missions are, what the fatal errors are, and don’t allow people to fail in those areas,” Wolf said. “Help your people develop personally and professionally. …  Help develop them on the front end so they don’t make any of those fatal errors.”

For a full list of award winners, visit https://www.norwich.edu/student-awards