Essay: The Value of a Liberal Education 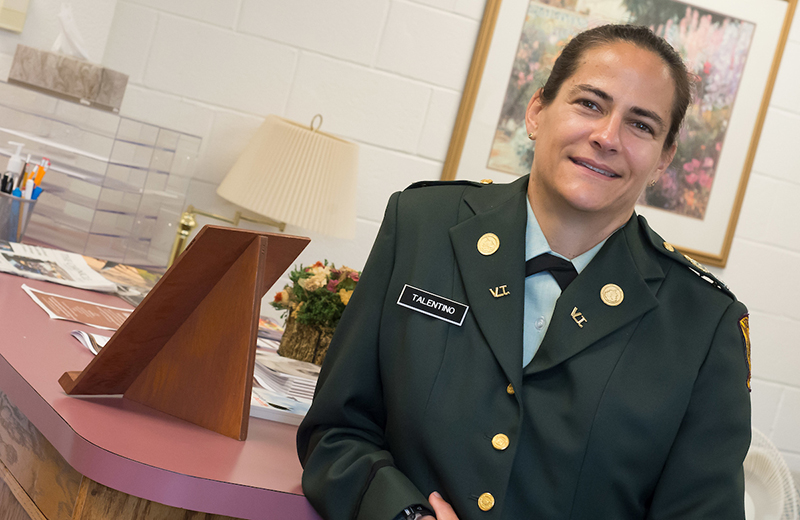 What do we want from education? That is an oft-posed question, and one likely answered differently by parents, prospective students, and hiring managers. Parents want their children to gain the ability to succeed in society and the skills to land lucrative and fulfilling jobs. Prospective students want a place to learn, and to grow socially, and to have both fun and educational experiences. And hiring managers want education to provide career-ready individuals who can perform tasks at high levels.

The balance between financial cost and the value of a college degree is also in question. Many people wonder if education currently requires spending more money than we should to get results that are less than we want. For those who look exclusively at job placement as the mark of education’s value, the answer seems to be, “yes.” That societal perception bedevils liberal education in particular, as there seems little clear connection between the liberal arts and the goal of job preparation. Particularly in our high-innovation, high-tech, and high-finance world, many view job training as the most important skill a young person can acquire, even as we acknowledge that the world requires constant adaptation and a degree of creativity that job-specific preparation may not encourage. But the jobs-first perspective also ignores the developmental nature of education, and the extent to which colleges and universities are living laboratories of intellectual maturation, inspired in the classroom and library, dining hall and dormitory, athletic fields and student activity spaces.

On the one hand, therefore, liberal education seems outdated because it is primarily about thinking rather than doing, and does not provide the clear, job-ready training that, for example, nursing and engineering do. On the other hand, it inculcates precisely the broad habits such as critical thinking, effective written and oral communication, and creativity that everyone, both critics and proponents, agree are needed in today’s workplace. The Association of American Colleges and Universities (AACU) seeks to resolve the dilemma by defining liberal education as “an approach to learning that empowers individuals and prepares them to deal with complexity, diversity, and change. It provides students with broad knowledge of the wider world (e.g. science, culture, and society) as well as in-depth study in a specific area of interest.”

Empowerment is an overused word, and one that seems to have little value when thinking about the future a 22-year-old faces when he or she graduates from college. Traditionally, that concept of empowerment was about personal freedom and betterment. The advocates of liberal education generally make the argument that the life of the mind leads to personal fulfillment, and gives us the ability to reach our fullest potential. As thinking individuals we can attain those promises of life, liberty, and pursuit of happiness that are the bedrock of our republic, and thereby attain the best for ourselves. This argument is inherently individualistic, and seems anachronistic in our competitive world. What value is empowerment if someone can’t get a job?

But to focus simply upon empowerment ignores a critical strand of liberal education’s value, and indeed, what made our own Founding Fathers such ardent proponents. The men who influenced the founding of this nation considered education essential for a free society. They believed that an informed and knowledgeable population was the surest protection against despotism and anarchy. George Washington considered knowledge the “surest basis of public happiness,” and Samuel Adams argued that “If Virtue and Knowledge are diffused among the People, they will never be enslaved. This will be their great Security.” Thomas Jefferson, one of the most active proponents, advocated for an early system of public education by introducing a bill for the “More General Diffusion of Knowledge” to the Virginia Legislature in 1779. Although that bill was never passed, Jefferson’s vision led to the founding, in 1825, of the University of Virginia.

The most important value of education, for our Founding Fathers, was that it ensured the development of good citizens who could contribute to society and care for their country. They believed that people armed with knowledge and reason would be able to resist despots, guard against the misuse of power, protect the Constitution, and show commitment to the young nation. The virtue Adams mentioned was certainly personal, but also communal, in the sense that it provided the foundation for improving society as a whole. Norwich’s founder, Alden Partridge, echoed these sentiments in 1819, when he established Norwich to “make moral, patriotic, efficient, and useful citizens, and to qualify them for all those high responsibilities resting upon a citizen of this free republic.”

Education also does something else important, which was implicit in our Founding Fathers’ minds though less frequently mentioned, and that is to inspire the imagination. For the goal of education is not so much to teach facts as to encourage thoughts. An essential aspect of freedom lies, as our Bill of Rights so eloquently tells us, in the ability to think creatively and without limitation, and to express those thoughts openly and without fear of reprisal. Education’s task, therefore, is to both expose and challenge. For many of us, college is about learning new things and discovering topics we never heard of. But it is also about being prodded, and even a bit discomfited, by ideas and thoughts that we find troublesome, or perhaps even wrong.

Indeed, it is that educational value that distinguishes our democracy from states or entities that oppose diversity of thought. Our news is filled daily with stories about government systems that do not allow discussion or dissent, non-state actors that impose a rigid and punitive belief system, and schools that function more like indoctrination centers than institutions of inquiry. In fact, we fear some of the purveyors of these limited and limiting ideas as threats to our security. The need to oppose limitations on thought and develop an educated populace that could prevent the authoritarianism that pushed many immigrants to the young colonies was precisely what motivated the Founding Fathers to develop the government we have today. When they met in the State House in Philadelphia in the summer of 1787, they did so not to practice the job skills that could make the tangible structures of a nation, but to argue, debate, and wrestle with the difficult philosophical questions of what that nation would look like and how it would represent those within it. The more perfect union they created, and the structures designed to preserve the blessings of liberty for all posterity, were the product of exactly what the AACU describes, turned toward ensuring the betterment of the nation.

The purpose of a liberal education is thus twofold—to nurture personal freedom by inspiring and challenging intellectual thought, and to nurture our community, local and beyond, by developing citizens that bring all their energy, creativity, and reason to shaping the world we live in. Never have we needed such education more. The world is a challenging place. The news app on my phone this morning featured articles on terrorist attacks in France, social class and political parties, violence toward and from police, and indifferent treatment of the mentally ill. We make a mistake if we believe that education should be only about getting a job, though it should certainly prepare students to do that, or to make each of us fuller and more thoughtful individuals.

Value should not always be defined by dollars. Money matters, and we all want enough to live our lives the way we wish to live. But that concept of nurturing the community is an essential piece of education, and is, to be sure, what makes us the republic we are. A. Bartlett Giammatti, former President of Yale University and Commissioner of Major League Baseball, wrote that “education desires to foster a freedom of the mind that will also contribute, in its measure, to the freedom of others.” Education is about improving society and contributing to the world, and this is just as true now as it was in 1787.

We need individuals who are prepared to tackle the challenges of our time, and contribute, as Franklin and Jefferson envisioned, to the common weal. In ways large and small, liberal education prepares us to make the world better, whether we do that from selfish or egotistical or humanitarian motivations. Whether Marie Curie sought to aid humanity by identifying radium or simply to discover, whether Brahmagupta sought to change the world by creating zero as a number or simply to create mathematical order, is immaterial to the value of their contributions. We need problem solvers, people who think creatively and boldly, people from all walks who can wrestle with the question of how to combat terrorism, eradicate disease, reduce poverty. Some of them will be architects or doctors or engineers, but some of them will be linguists or philosophers or scientists. For we cannot teach people to keep their children healthy just by treating the diseases as they present, we cannot teach people to protect the environment just by building green buildings, and we cannot combat radical terrorist organizations just by eliminating their leaders.

So now, more than ever, we should be encouraging the liberal arts just as much as we encourage technical and professional fields. We are confronted at home and abroad with deep divisions of race and ethnicity, with financial fragility, human cruelties and prejudices, and environmental crises. How will we contribute to the freedom of others? The answer will be different for all of us, but this much is clear—the nation and the world need those contributions. At Norwich we are committed to building leaders who will shape the world, and giving them the educational foundation needed to solve, to create, and to lead. General Gordon R. Sullivan, former Chief of Staff of the US Army, and a 1959 history graduate of Norwich, says that Norwich made him who he is. Not by giving him a job, but by teaching him to explore and ask questions and challenge what he thought he knew. As Chief of Staff he drew inspiration from history, often walking the Civil War battlefields around Washington, DC when he wrestled with difficult decisions on reshaping the post-Cold War Army or its potential deployment to crisis spots such as Somalia and the Balkans.

The value of a liberal education will be measured across our cities and towns, and across the world, by how people think about problems and what they do to solve them. Job training can get you a job. The liberal arts can ensure you make the most of it. Demand both from education.

About the author: Andrea Talentino, PhD, is a political scientist and dean of NU's College of Liberal Arts. She was educated at Yale, UCLA, and Princeton.