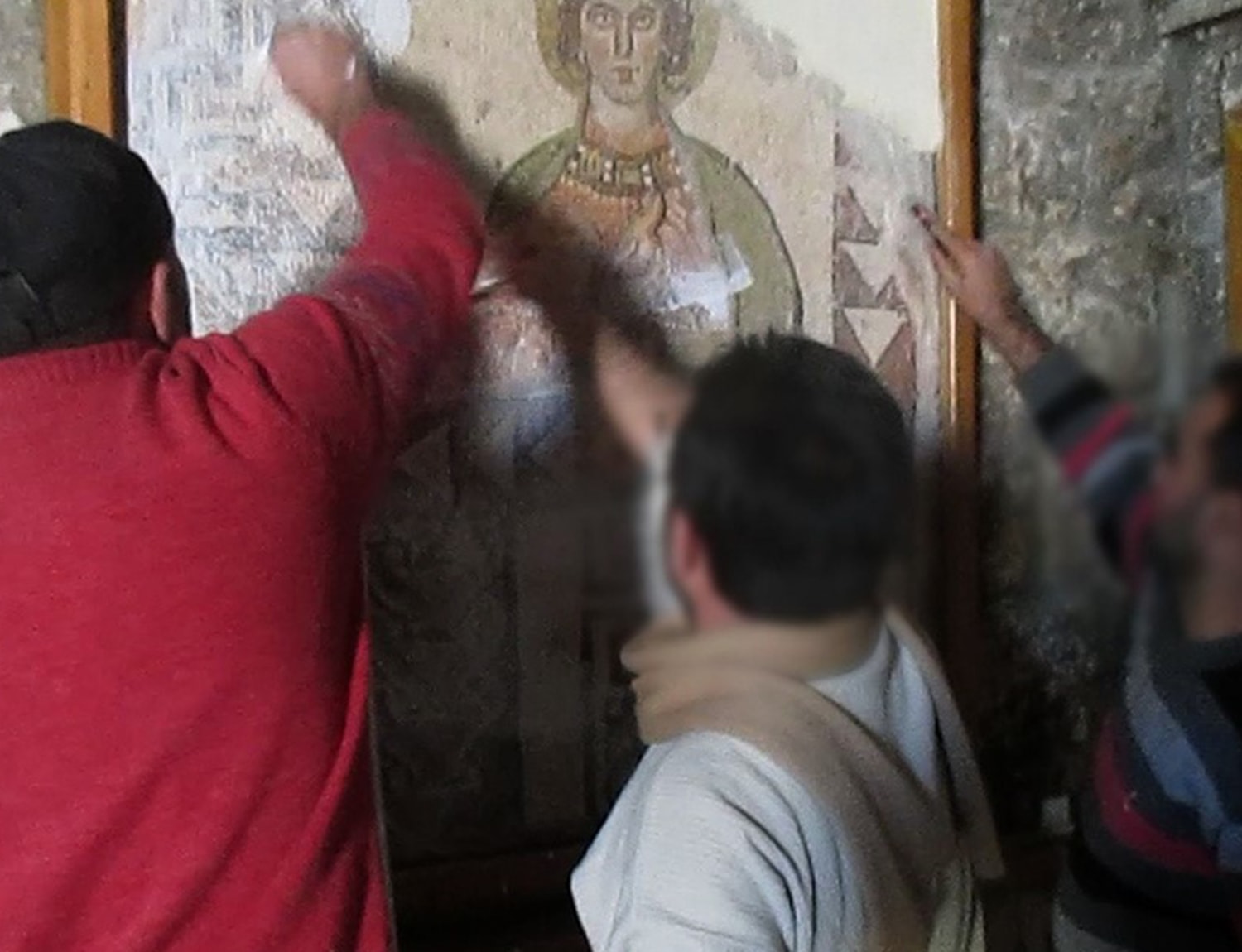 NORTHFIELD, Vt. – Norwich University’s School of Architecture + Art will screen “Destruction of Memory,” a film about cultural destruction during times of war, and host the director, Tim Slade, at 4 p.m. on Jan. 17 in the Mack Hall Auditorium.

This event, part of the School of Architecture + Art Lecture Series, is free and open to the public.

“Destruction of Memory,” a 2017 film based on the same-named book by Robert Bevan, offers a potent exploration into the cultural destruction that can result when the environment housing artifacts becomes the target of warfare. The film includes interviews with a wide range of scholars and footage of affected sites, offering a timely opportunity to consider an aspect of conflict that is often overlooked but has long-lasting import.

“Despite humanity’s attempts to preserve its heritage, Bevan’s message remains important: the general public as well as politicians, military personnel, lawyers and policymakers — need to continue to hear it,” Slade wrote on theartsjournal.net in 2017. “Making the film, and delving into the history and present of cultural destruction, made clear for me the belief that there must be a concerted, sustained effort by the international community to address the issue and to assert the connection between cultural and human rights.

“I urge policy and decision makers to continue to create effective legal tools to bring justice to those whose identity and integrity are threatened by these acts, and I urge cultural heritage professionals to continue their brave, necessary work,” he wrote. “Our past, and our future, depends on it.”

“The Destruction of Memory” has been broadcast in more than 20 regions, including German-speaking regions on ZDF, and has screened widely internationally, including an official viewing for the United Nations. It has so far claimed four festival awards, including Grand Prize and Audience Awards at the Arkhaios Film Festival.

Visit https://destructionofmemoryfilm.com for more information on the movie.

The film screening comes just weeks before Corine Wegener, a retired Army reservist and art historian,  discusses cultural heritage protection in war, codified in the 1954 Hague Convention for the Protection of Cultural Property in the Event of Armed Conflict. Wegener, who worked for 13 years as a curator at the Minneapolis Institute of Art, and appears in Slade’s movie, declaring, “The dead are dead, but without our culture, we can’t keep on living.”

She will deliver a free talk at 7 p.m. Feb. 5 in Mack Hall Auditorium.

The Norwich University School of Architecture + Art’s Lecture Series is free and open to the public. The series is supported by the Jack and Dorothy Byrne Foundation, a philanthropic organization that supports cancer research, education, volunteerism and other charitable endeavors.

Norwich University is the only university in northern New England to offer integrated professionally accredited programs in Architecture, Business, Engineering, Construction and Nursing.

Media contact:
Daphne Larkin
Office of Communications
Norwich University
Northfield, Vt.
(802) 485-2886
This email address is being protected from spambots. You need JavaScript enabled to view it.