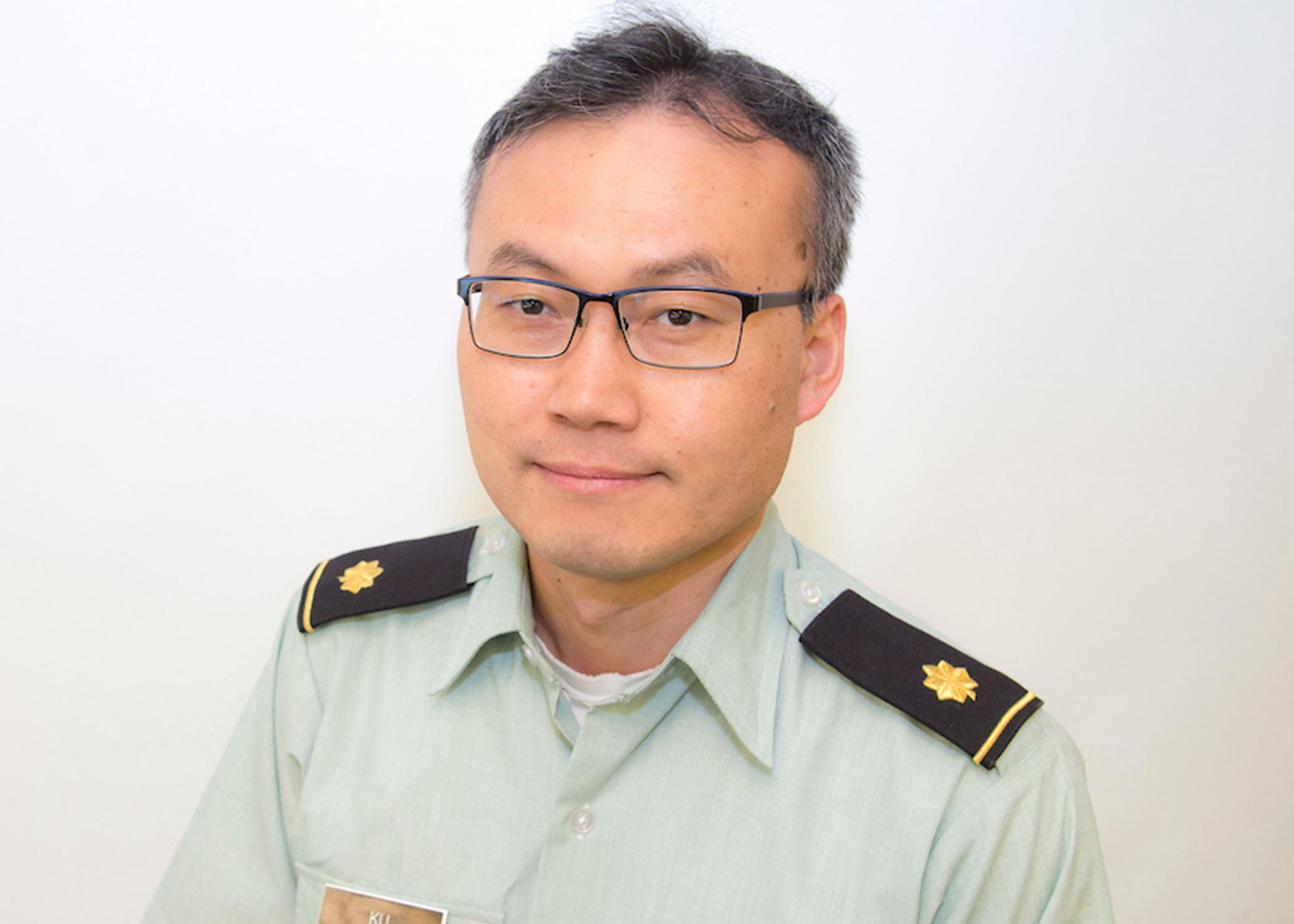 NORTHFIELD, Vt. – Norwich University Associate Professor of Political Science Yangmo Ku has earned the Board of Fellows Faculty Development Prize for the 2019-2020 academic year for his project, “Coming to Terms with Past Injustices in Japan and Germany: Sexual Slavery, Forced Labor, and History Textbooks.”

The Board of Fellows (BoF) Faculty Development Prize is awarded annually to a tenure-track faculty member or a group of faculty, including substantial involvement of a tenure-track faculty member, to fund a creative, curriculum, or scholarly project. It is funded annually by the BoF in its role of stimulating and rewarding the university faculty for creative and pragmatic research efforts.

“Norwich’s community of teacher-scholars is critical to the realization of the institution’s transformative mission and our students’ success,” Provost and Dean of Faculty Sandra Affenito, Ph.D., said. “Dr. Ku’s research and scholarly work exemplifies the faculty’s commitment to serve as role models and mentors to students, which is at the heart of what we do as educators of future generations of leaders.”

The $8,000 award will support Ku’s project, which seeks to address these questions: When and why do perpetrator states take a penitent stance on their past injustices? Why do Japanese and German behaviors differ over time in dealing with their past wrongs? Under what conditions do they take more penitent attitudes toward their past misdeeds?

“The Board of Fellows Faculty Development prize provides me with the great opportunity to complete my book project regarding history disputes between former adversary states—South Korea and Japan,” Ku said. “I am very grateful for Norwich's generous research support.”

Ku’s research project addresses these questions by testing the two hypotheses—i.e. an instrumentalist approach and a transnational-coalitional approach. The former posits that perpetrator states are more likely to take a conciliatory stance on their past misdeeds when they calculate such action is in their security and/or economic interests. The latter hypothesizes that when transnational activism is powerful and a perpetrator state is led by a progressive ruling coalition, the state is more likely to adopt conciliatory policies toward historical issues. Ku’s book project will explore the variations in Japan’s and Germany’s choice of history policy, mainly through the comparative study of common historical issues—sexual slavery, forced labor, and biased history textbooks.

Ku teaches in the Department of History and Political Science in the College of Liberal Arts, including classes on international relations, Asian politics, U.S.-China relations, and U.S. security policy. He also serves as associate director for the Peace and War Center at Norwich University.

Norwich University celebrates its bicentennial throughout 2019, culminating with major events at Homecoming in September. In fulfillment of Norwich’s mission to train and educate today’s students to be tomorrow’s global leaders, Norwich launched the Forging the Future campaign in 2014. The five-year campaign, which is timed to culminate in 2019, is committed to creating the best possible learning environment through state-of-the-art academics and world-class facilities and is designed to enhance the university’s strong position as it steps into its third century of service to the nation. For information please go to:http://bicentennial.norwich.edu/