Professor earns award for impact on her field and the community 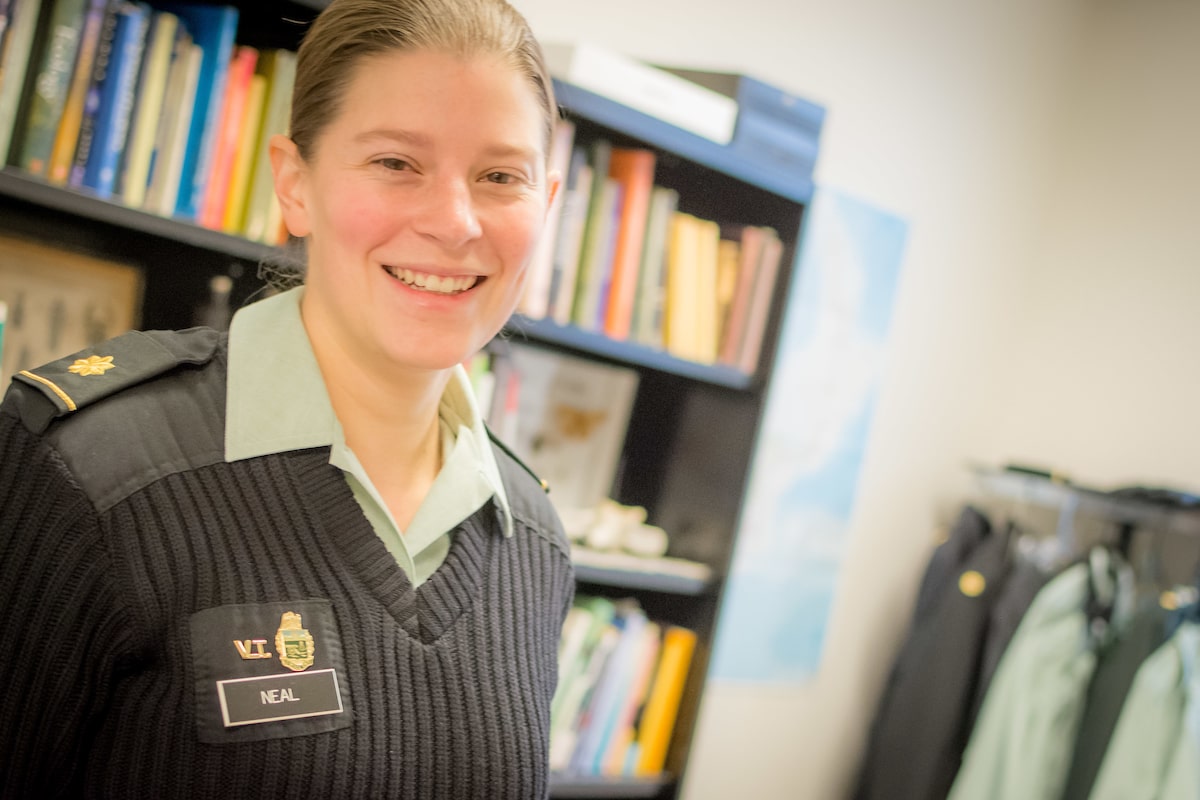 The Peggy R. Williams Emerging Professional Award, named for the former Lyndon State and Ithaca College president, is presented to a woman who is in the early stages of her career, demonstrates excellence in her contributions to students, colleagues, and/or her institution (in such areas as service, innovative programs, teaching, research, etc.), and shows promise and potential for future contributions.

In her four years at Norwich University, Neal has impacted her field and her community discernably. She is a respected educator and has mentored 16 students in multiple research projects, one of which gained national attention at the prestigious Posters on the Hill in Washington, D.C. She is also the co-director of the statewide Science, Technology, Engineering and Mathematics (STEM) Fair.

“By stepping up to help direct this STEM initiative in Vermont is proof of Dr. Neal’s contributions to science education across all grades in Vermont,” wrote Professor of Mathematics and Honors Program Director Darlene Olsen in her nominating letter.

Statewide, Neal helped coordinate a thematic Disease Ecology Research Group through the Vermont Genetics Network (VGN). This group has held two conferences bringing together VGN-funded faculty and students from several undergraduate institutions in Vermont to discuss their research on parasites in Vermont.

Neal said she became inspired at a summit for women in the Science, Technology, Engineering and Mathematics (STEM) in which the advice for encouraging more women into the male-dominated field was to build supportive communities.

“When I looked at the list of amazing women who have won this award in the past, what struck me most was how many of them I already know. I have already been supported so much by so many amazing women in higher education, both people who have won this award in previous years and people whose contributions have been recognized in other ways,” Neal said. “I am truly honored to have been selected for this award and deeply grateful to all of the people who are so supportive of me. I hope that I can help continue to strengthen this amazing community.”

The award will be presented at VWHE’s Fall Awards Dinner on Tuesday, Nov. 5 in the Silver Pavilion at the University of Vermont Alumni House in Burlington, Vermont.