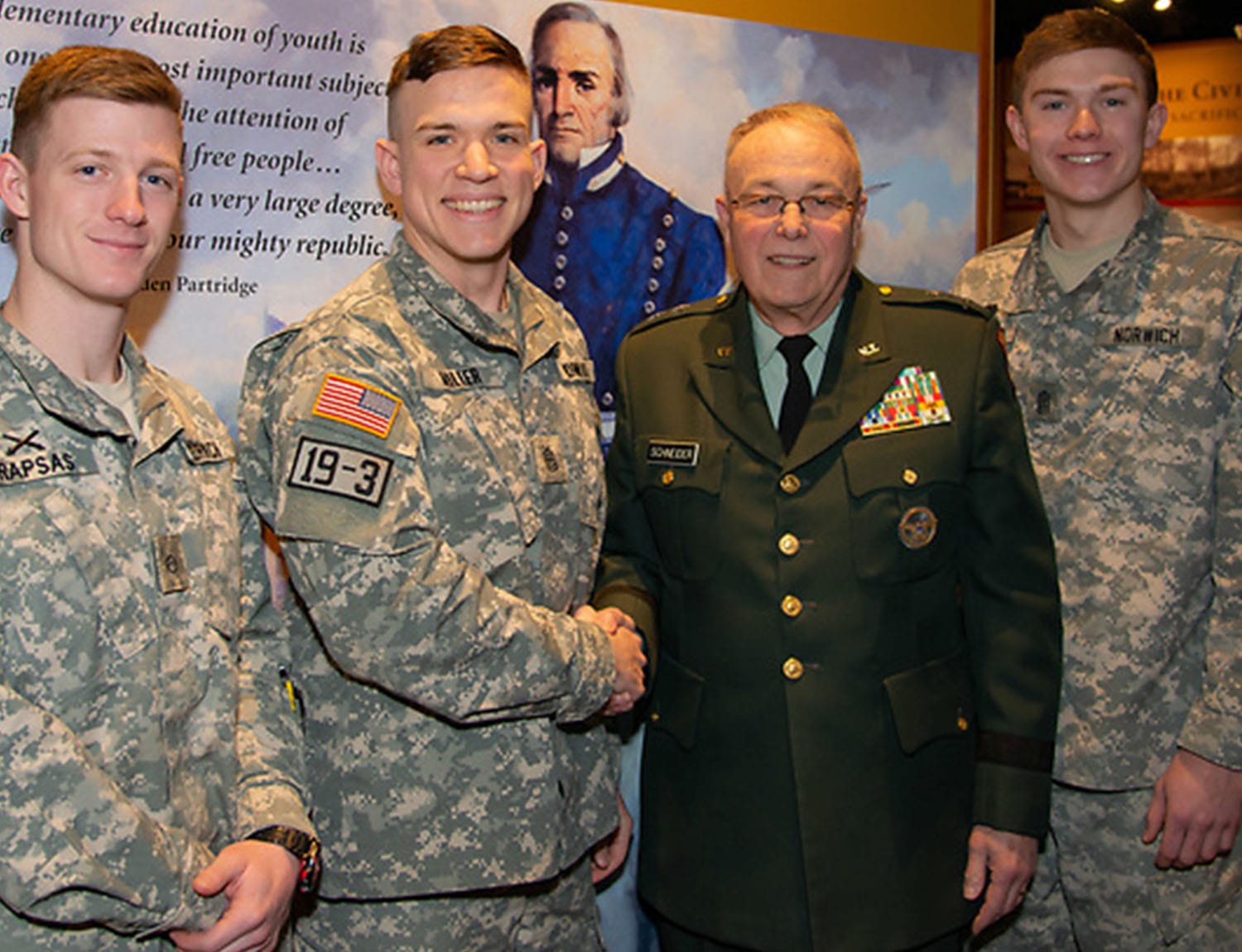 NORTHFIELD, Vt. — Norwich University President Richard W. Schneider and Commandant of Cadets Col. Michael Titus announced that Caleb Miller of Phoenix has been selected to serve as the 2020-21 regimental commander, the highest-ranking cadet of Norwich University’s Corps of Cadets.

Miller, a criminal justice major, is a four-year Marine Corps ROTC scholarship recipient serving as the company first sergeant for Cadet Training Company 3 in the Corps of Cadets. He has served as Junior Ring Committee chairman, Student Government Association vice president and Marine Corps Ball Committee co-chair. He also participated as a member of the spring Men’s Rugby Club.

"I am thankful, honored, and beyond blessed to have been selected to serve as next year's regimental commander, leading the Corps into its third century of creating some of the nation's most exceptional leaders,” Miller said. “I want to take a moment to thank my family and friends who have supported me in all of my endeavors, especially my freshmen and peers in CTC-3; you all have helped me to become a better man and leader and, for that, I will forever be thankful.

“I am eager and confident for the coming year, and I am humbled to be able to serve my peers in this capacity."

Regimental staff sections are assigned to headquarters and Headquarters Company. Led by the regimental commander and the command staff, they perform administration, operational planning, logistics and other key functions.

Miller and next year’s cadet officers and noncommissioned officers will be formally promoted during a Corps of Cadets Review with Change of Command Ceremony at 3 p.m. April 3. The public is invited to attend.