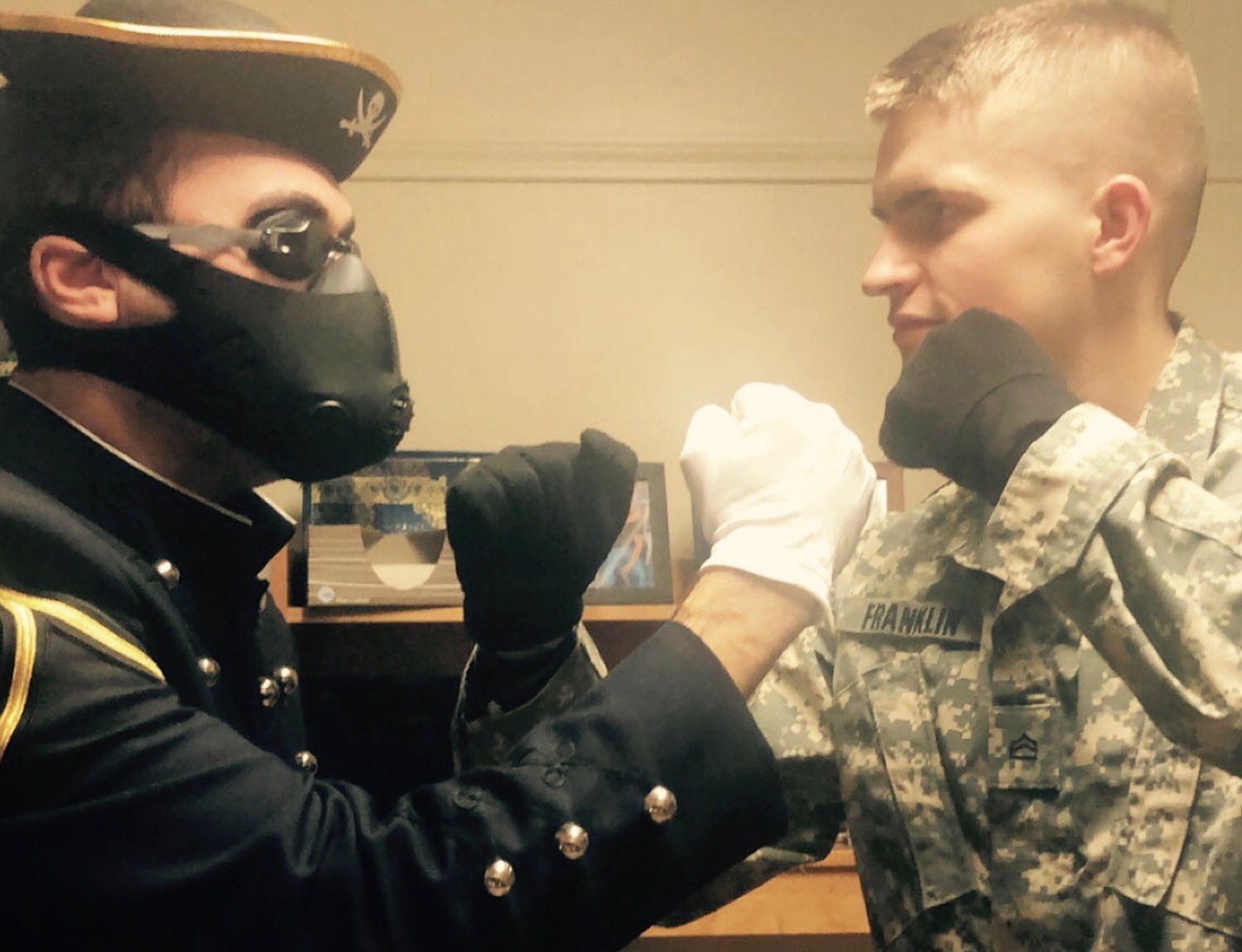 When the lights go down, the thoughts, and social awareness, will come up.

From 7 to 9 p.m. Friday at Mack Hall Auditorium, Norwich University will stage a film festival, run by students and featuring short films (lasting 20 minutes or less) made by students. Admission is free, the content is rated PG-13 and the program will feature a brief intermission and a postscreening question-and-answer session with the filmmakers.

“In the long run, I think the students will have bigger, better, and more innovative ideas about how to use this festival.”Jeffry Casey, Norwich University Film Festival faculty adviser

On Thursday, as a prelude, the festival will partner with Norwich’s Peace and War Center to screen “They Shall Not Grow Old,” an R-rated movie directed by Oscar winner Peter Jackson. The movie, released to commemorate World War I’s centennial, features front-line footage and recorded interviews with U.S. military personnel who fought in Belgium during World War I. The Norwich University Military Writers’ Symposium is sponsoring the screening.

The participation parameters for Friday’s Norwich University Film Festival were wide open; any student from any major on campus or off, could contribute films covering nonfictional (documentary) or fictional topics as long as they promoted neither hate speech nor offensive content.

“We’re really into (filmmaking), but we never have a platform to showcase it,” Gonzalez said, adding that creative students of all class years abound on campus. “So, I was like, ‘Why not set something up … so they have a reason outside of class to do something creative and get feedback. It’s something different than ‘Here’s my project for this professor with these guidelines.’” 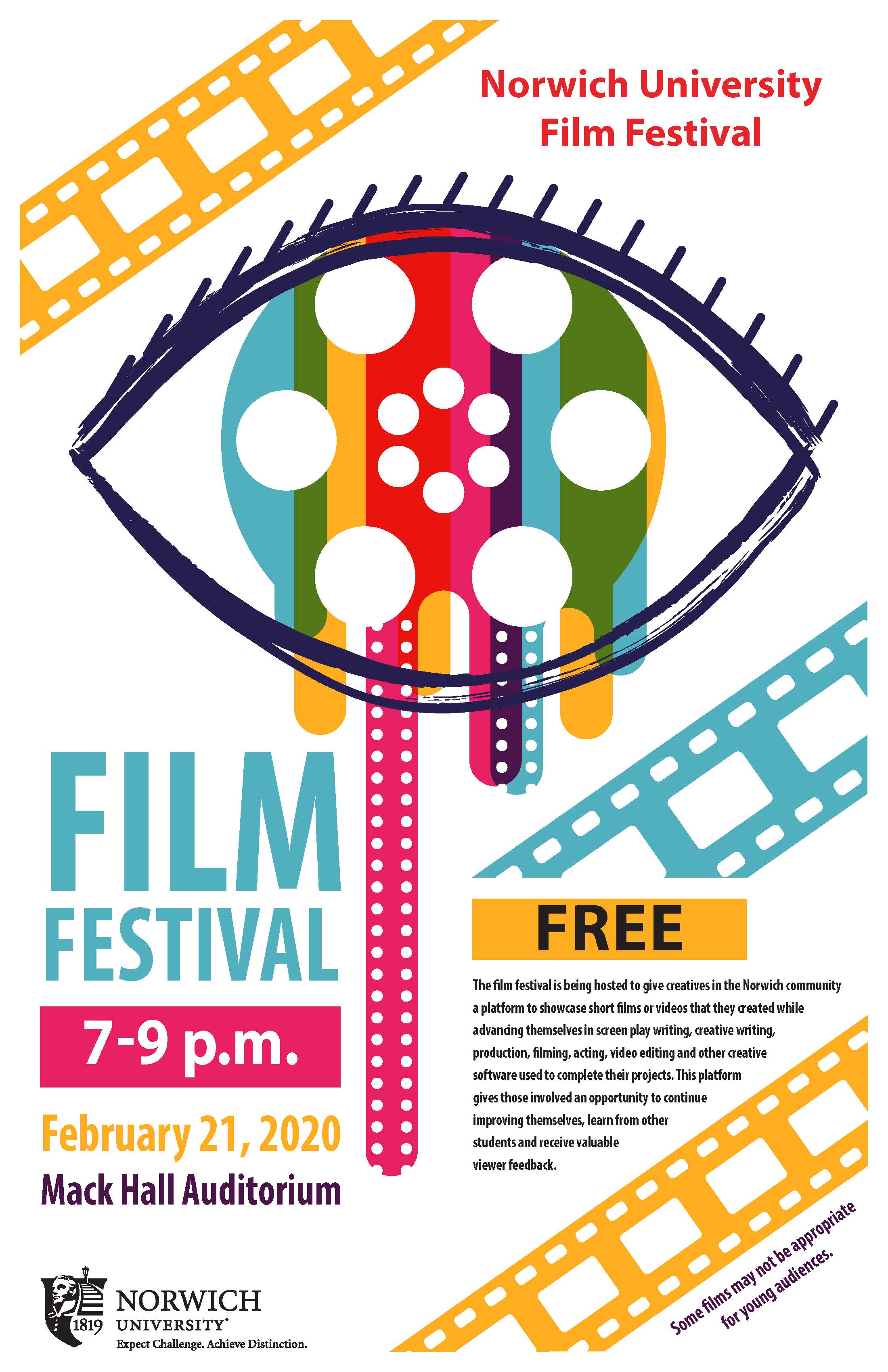 For students, by students

Dr. Jeffry Casey, a theatre professor, serves as the festival’s faculty adviser, but has taken a hands-off approach. He said it’s important for students to shape and run the festival. They’re the ones best in touch with film and video in the internet age, he said.

“In the long run, I think the students will have bigger, better, and more innovative ideas about how to use this festival,” Casey wrote in an email. “My generation was all about the indie film movement; I feel much closer to (Alfred) Hitchcock than to YouTube. Our students are operating in a culture where film can be shared instantly, where stories can be narrated in 10-second chunks. … I literally can’t see where video, film, and TV are going in a way that our students can. They have to lead the way.”

“With Ferron and Jasmine’s films, it’s like, ‘OK, so maybe you perceive or have certain biases toward this type of group of people, or how this individual acts, or certain ideas, in reality, here’s how it is.’ So, maybe their films allow people to take a little step back and say, ‘Oh, I never really thought about it like that.’ People come out thinking maybe a little different or a little broader.”

In an email, Green said his movie examines many kinds of love — brotherly, self and tough — and the response they elicit. “Education,” he said, offers examples of college helping students widen perspectives and improve as people.

“I started creating films (because) I believe this is my art, and I'm not afraid to showcase my art to the people,” Green wrote. “I’ve dreamed about my film (being) on a big screen and I feel like this is the right time.”

Silva said he hadn’t planned to show his movie, which he made with his smartphone and a few simple editing tools, at the festival. But a warm reception in class changed his mind.

“Being a communications major, it has been a goal of mine to strengthen the depth of my creativity, this being my first film ever, I am proud (of) my work,” Silva said by email. “I plan on continuing to make films, hopefully longer than this short feature film.”

“An idea for a motion picture can come in any place and that work can come at any time.”Jasmine Bowman ’18, filmmaker

Bowman said she loves filmmaking’s storytelling and puzzling out what will best resonate with audiences. She said her film, told through the eyes of a young, artistic, poetry-penning African American man, explores how unfair parental and societal expectations can stifle ambition and leave people feeling trapped.

“All he wants to do is be different and get out of the ’hood,” Bowman said of her protagonist. “It seems as if he’s not going to be able to get out unless he runs away, which is something you have to do sometimes.”

Bowman said she’s looking forward to revisiting campus for the first time since she graduated and emphasizing how even remote locales, such as rural Vermont, can foster artistry.

“(The festival) is empowering; it shows there’s another part of the world where students can create,” she said. “An idea for a motion picture can come in any place and that work can come at any time.”