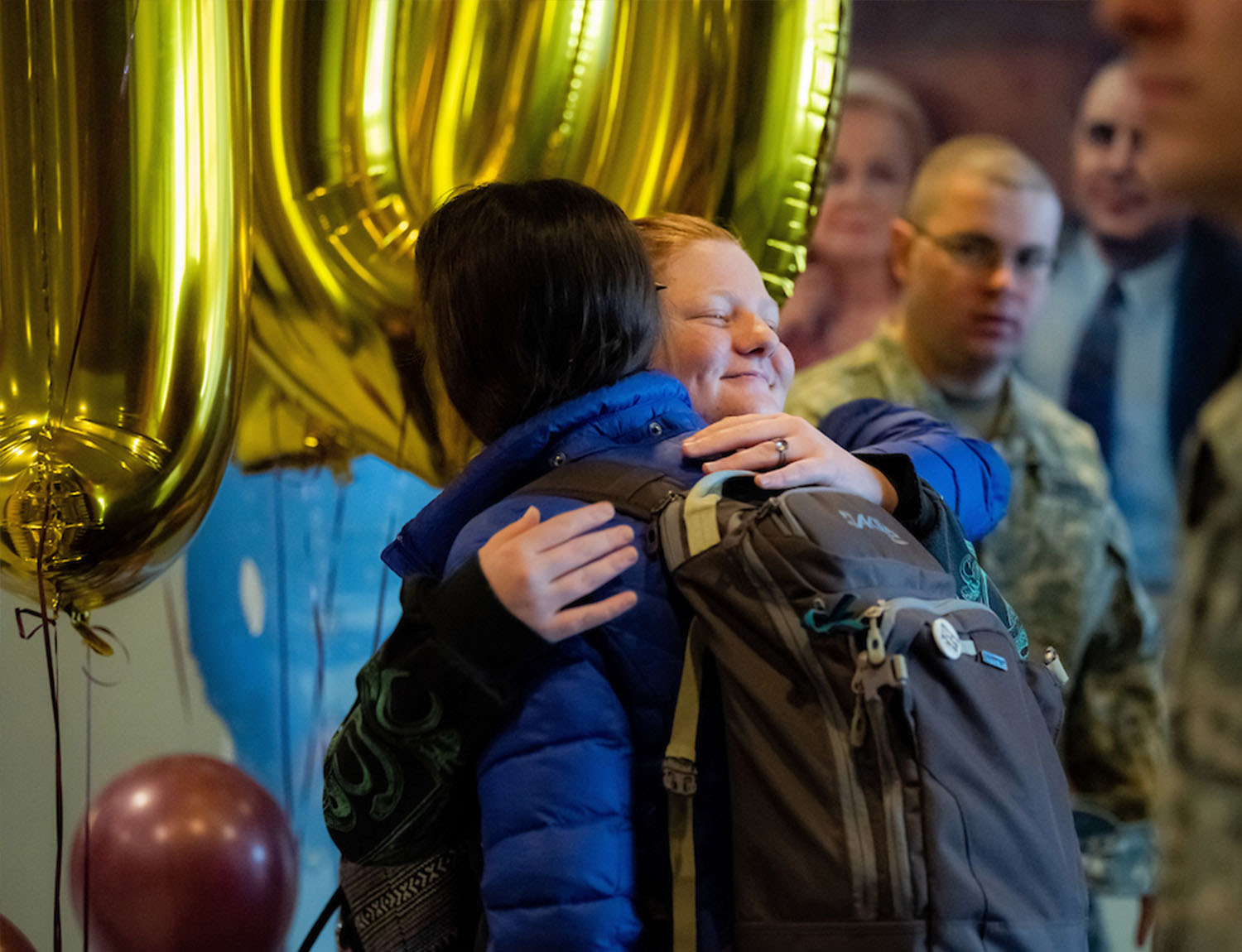 Members of Class of 2020 reflect on pending graduation, college years at 100s Day

The Class of 2020’s graduation clock hit 100 days Thursday, and Dean Valle, and a crowd of peers, were looking both backward and forward. “Hooray, we’re almost there,” anticipation mixed with “Wait, what?” shock at time's swift passage.

“First year was slow, rest of the way took off like a rocket. Almost done now,” Valle, a criminal justice major and Corps of Cadets member said. “And I can’t believe we’re almost done.”

For Valle and his classmates, four years of Norwich University experience — classes, meals, camaraderie and, for many, Corps experience — will soon end. After graduation’s requisite pomp, circumstance and mortarboard tossing, 2020’s cohort will shatter and scatter like a dropped glass. Some graduates will head to the armed forces, some to graduate school, some to early careers. The registrar's office estimates 532 students will graduate in May.

“We’ve been working all our lives. … It’s awesome, it’s cool to get to this point. I’m going to take really good memories from this place. I met some of the best friends I’ve ever had here.”Brandon Summers, Class of 2020

Valle, who’s from Los Angeles, will commission into the U.S. Army and start at Fort Lee, Virginia. He expressed some sadness about the pending end; he might not see some school friends much anymore. For example, he’ll be far from his fellow Californian, fellow criminal justice major and cadet rookdom roommate, Matthew Martinez.

Martinez will also head into the Army, but to Fort Leonard Wood, Missouri.

Martinez, who’s from South San Francisco, said knowing his immediate fate brought relief. He knows where he’ll go (where the Army sends him) and what he’ll do (serve in the military police). Fraught life decisions — where to live, which job to take, which house to buy — will wait, years away, on the other side of his service.

“I’m just going to take it year by year from here with the Army,” he said. “But right now, I’m just laser-focused on getting my degree.”

Chung-Yu Wu, a Norwich cadet and civil engineering major, will head home to Taiwan and commission into the Taiwanese army. He said although he looked forward to going home, it was awkward to contemplate leaving. He said he’d miss Norwich and most remember being a rook and being in the Corps.

Communications major Kanisha Gonzalez, a civilian student from Camden, New Jersey, said the 100 days celebration, marked by the tables of treats and gold helium balloons shaped like a one and two zeros, made the end-of-college timeline immediate and real.

“At first when you’re in it, it feels like it takes forever and a day,” said Gonzalez, who hopes for a media career, perhaps in radio, film or photography. “But then, when the moment comes, you’re like, ‘Wow, these four years have flown by very fast.’”

The proverbial tunnel-ending light seemed to burn like a deadline spotlight for Thaddeus Boothtrudo, a studies in war and peace major who is juggling master’s program applications and completing his Honors Program thesis on the Civil War. Getting to the thesis had offered a cool opportunity; fellowships had given him three weeks of access to the National Archives in Washington, D.C., for research.

“There’s a lot of work between now and (graduation), I’m not even that far ahead,” Boothtrudo, a civilian student, said. “This puts me under more of a deadline for that thesis.”

Brandon Summers, a Norwich cadet and biochemistry major from Milan, Indiana, will commission into the Air Force after graduation to become a pilot. He said he could sense the pending payoff after years of toil and wanted to both push through — college is about studies, after all — and enjoy the moment.

“We’ve been working all our lives. … It’s awesome, it’s cool to get to this point,” Summers said. “I’m going to take really good memories from this place. I met some of the best friends I’ve ever had here.”