Welcome to Norwich, and the spring 2020 semester 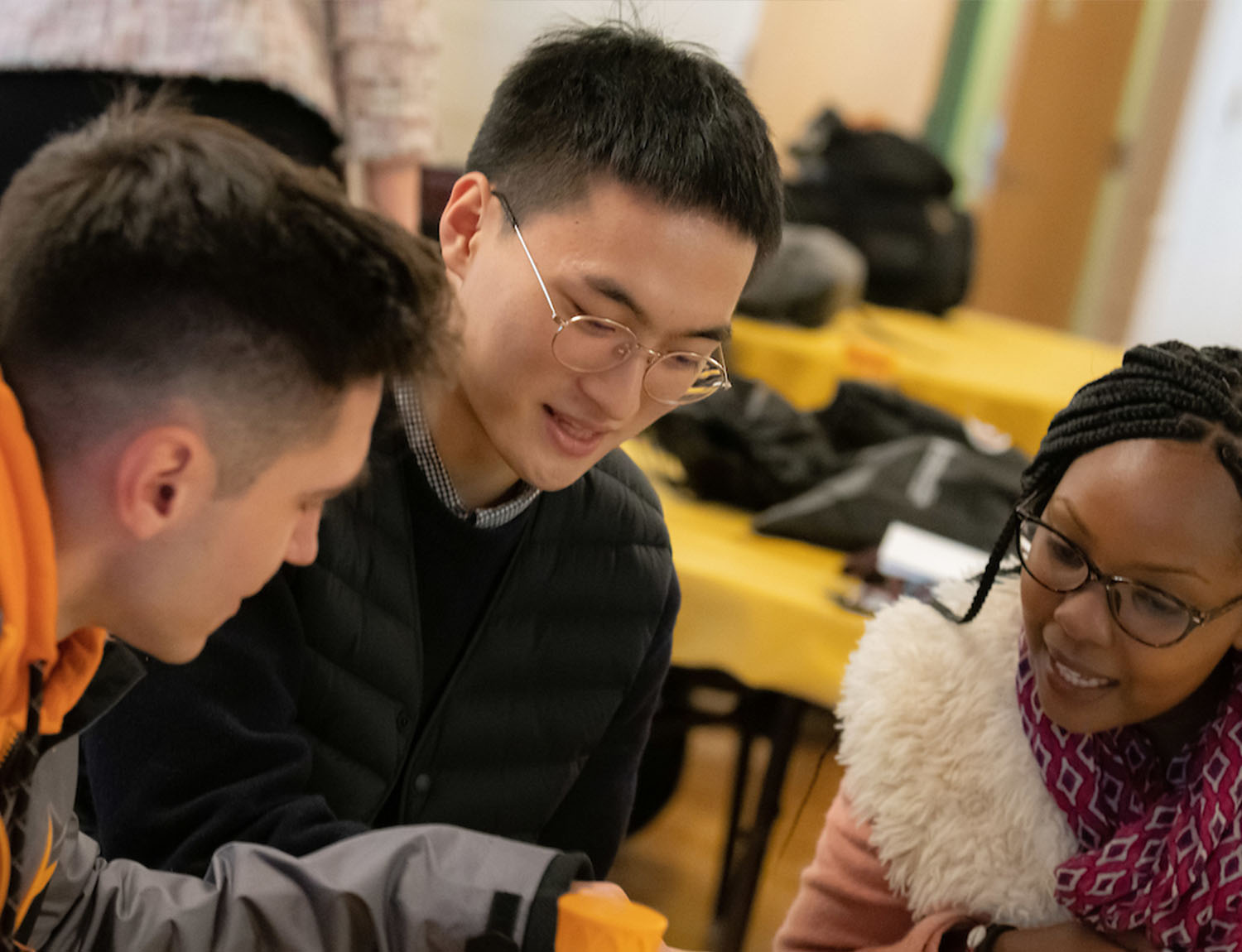 Numbers from Ryan Johnson, Norwich’s associate dean of students for health, orientation and commuter support, show 19 new civilian-residential students and six new commuters in the group; 11 are transfer students. The registrar’s office reports that the newcomers arrived after 43 students graduated in December.

“More and more, students come here and see our campus is fairly diverse, so I think they will see a lot of different people of many colors, many sizes, many shapes, many languages.” John Puleio, coordinator of multilingual student services, Norwich University

Over breakfast of scrambled eggs, hash browns, bacon, sausage, pancakes and fruit, John Puleio, Norwich’s coordinator of multilingual student services, and Kate Donley, Norwich’s international and multilingual curriculum coordinator went over American mannerisms, campus buildings and traditions (including why some faculty wear military uniforms) and things to expect from their new school. A projected slide listed seven American traits that might surprise non-U.S. newcomers, including perceptions about money, attitudes about schedules and willingness to smile at strangers.

Some of the students had been in the United States less than a day; some for mere hours. A barrage of adjustments awaited, with Western academic expectations; a cold, snowy climate; and an unfamiliar campus with unfamiliar people.

“The excitement is that there’s an opportunity for new students to connect with the many different ways that they can comfortably transition to Norwich and find many ways that their transition and academic proceedings can be supported,” Puleio said. “I think students should be ready to embrace anything here but should know that they don’t have to do it alone.

“More and more, students come here and see our campus is fairly diverse, so I think they will see a lot of different people of many colors, many sizes, many shapes, many languages,” he said. “When you have these meetings, when you meet any of the staff through these orientations, what’s genuine is the immediate connection with students to say, ‘You are welcome.’”

Thy Yang, Norwich’s assistant vice president of international education, said the South Koreans, Hoseok Lee and HyunChul Woo, are in their nation’s ROTC program and the Macedonian, Damjan Angelevski, is in his nation’s military academy. Those three are exchange students who will live in the barracks with Norwich’s Corps of Cadets, wear their nation’s military uniforms and stay for the semester. The other students, Ugandan Victor Kiwanuka and Kenyans Sharon Komingoi and Mercy Gathaga, are degree-seekers who will spend the years they need to graduate.

Yang said the students will likely experience three varieties of shock — culture shock, Vermont shock and winter shock. So far, though, they seemed happy, she said.

“What we’ve heard is they like the small environment, that they know somebody here or somebody who went here, very similar things to what a domestic student would say for why they chose Norwich,” she said. “There’s an optimism — they all seem happy and excited. This is something they’ve been planning a long time.”

Woo said the snow hadn’t shocked him; it snows in Seoul, too. He said he and Lee were ready to learn more English, make new friends and see how American military cadets train.

“I have worried about so many new things,” Woo said. “But I felt people are very kind to us and they think about us, so now I’m excited to learn new things. I’d like to have class about history and economics.”

Gathaga, who plans to study nursing, was on very little sleep, having arrived at about 2 in the morning from Kenya. Nevertheless, she said she was glad for winter, having never before seen outdoor ice, and glad for the novelty.

“I love learning new things,” she said, adding that she hopes to master skiing. “I’m open-minded and I’m positive about everything.”