Her mission is the message 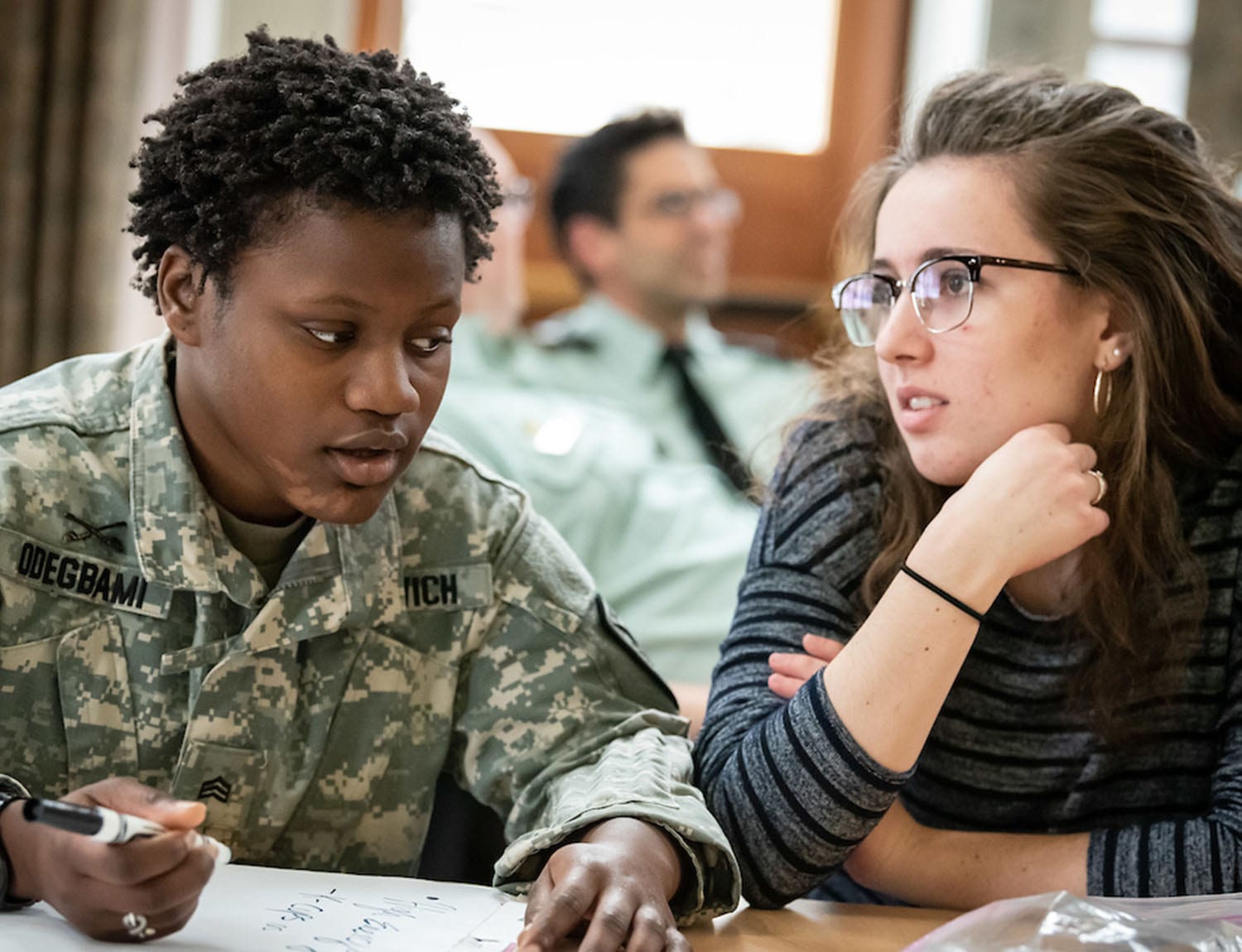 Faith Odegbami values her ability to express ideas, in speech and on paper, and solve problems, as she’s done in Norwich University’s Corps of Cadets and in the U.S. Army’s Reserve information technology detail. This semester in Washington, D.C., she’ll apply her skills to helping the Korean War Veterans Memorial Foundation promote a multimillion-dollar remembrance project.

The sophomore dual major in English and Spanish landed an internship with the foundation in December after Norwich University English and Communications Department Chairwoman Lea Williams nominated her.

“She knows the (social media) platforms, she brings fundraising experience from other organizations and she’s willing to think outside the box,” au Buchon said. “Her enthusiasm and general attitude are great.” Michel au Buchon, Korean War Memorial Veterans Foundation

She’ll help the foundation’s push to raise $35 million for a remembrance wall to honor the war’s dead — 36,574 Americans and the close to 8,000 KATUSAs, Korean servicemembers who augmented the U.S. Army. Michel au Buchon, the foundation’s executive assistant, said Odegbami has the right credentials and spirit.

“She knows the (social media) platforms, she brings fundraising experience from other organizations and she’s willing to think outside the box,” au Buchon said. “Her enthusiasm and general attitude are great.”

The internship is a homecoming for Odegbami, who has lived in Washington before and whose family now lives in northern Virginia. She’s familiar with the area in Alexandria, Virginia, where she’ll work.

Odegbami said Friday that she knows raising the money will be a big lift, but she already has her eye on where to put the message and whom she can reach.

“I just have to figure out ways to reach those audiences,” she said. “Once I get a basic plan for outreach set up, I think it’s going to go really smoothly.”

Also, Odegbami said, the experience will fit well with her English studies.

“English is all about communication and speaking the ideas and having the right things to say,” she said. “English is the best major for that.”

In an earlier interview in December, Odegbami said technical experience she gathered configuring switches and routers in information technology may rub off as she masters building websites and social media platforms.

Andy Hird, a retired U.S. Air Force colonel and special assistant to the provost, said Odegbami’s internship will have many hallmarks of a D.C. Expedition, except that she’ll live separately from the other students.

Nevertheless, her experience will be pioneering — she’ll be the first English major to have this sort of Washington internship — and the first to have English professor Sean Prentiss as an adviser. Prentiss will work with Odegbami as David Sem, a sociology professor and retired probation officer, has worked with criminal justice majors.

“Faith is a wonderful, energetic, passionate student who is dedicated to English and writing,” Prentiss wrote in an email. “She dreams big and works hard to achieve those dreams. When she told me about this internship, she was worried that I’d be disappointed, since she’d be off campus and could no longer attend our meetings for the Chameleon Literary Journal. Instead, I was so excited that she gets to travel to D.C. and do incredible work.

“I’m so proud of her,” he added, “and expect her to learn tons, grow lots, and do great work.”

Hird said Odegbami’s communications savvy will help her thrive with the Korean War Veterans Memorial Foundation, and her duties will play to her strengths and expose her to power in high-level meetings at the Pentagon and on Capitol Hill.

Hird said he hopes other liberal arts and English majors will see Odegbami thrive and join Norwich’s Washington and Denver internship programs. He said many fall 2020 internship opportunities exist for English and communications majors at sites including the Armed Forces Retirement Home, the Vietnam Memorial Commemoration and Assertive Professionals.

“Faith stepped up to the challenge,” Hird said, acknowledging that studying in a new city takes courage and moxie. “And she’s going to dominate it and show how great the experience is.”

To learn more about Norwich’s DC Expedition and Denver internships, email Col. Andrew Hird at This email address is being protected from spambots. You need JavaScript enabled to view it..