A will to instill, fulfilled 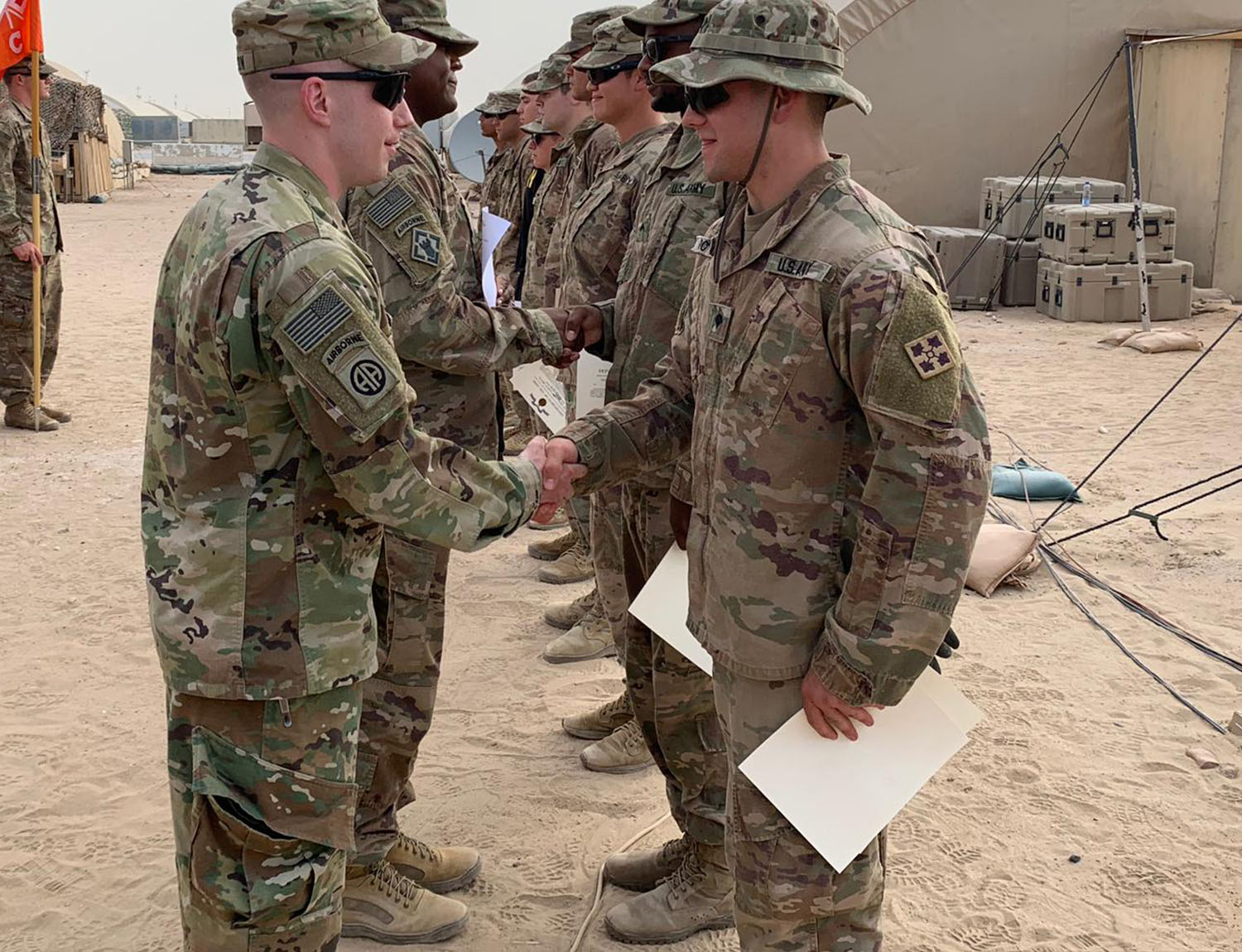 Drew Paulson remembers being inspired to learn and excel in Norwich University classrooms, as English and literature professors encouraged him to explore ideas and express himself in writing.  The lessons stuck with him after he graduated. Now he’ll work to return the inspiration as an English and literature instructor at the U.S. Military Academy at West Point.

Paulson, who has served in the U.S. Army since graduating from Norwich in 2013 and has completed several tours in Iraq (January-September 2015), Germany and Poland (August-November 2017) and Kuwait (February-November 2019) now serves as a company commander in Colorado. He learned of his appointment to teach in the U.S. Military Academy’s Department of English and Philosophy in January 2019.

Paulson said he applied for the slot in November 2018   in response to an email inviting officers of all branches to apply to work in the Department of English and Philosophy. Mentors who’d gone on to teach at the academy inspired his decision.

“As an Army company commander, I worked to use the communication and intellectual skills earned with my English degree to educate and inspire soldiers. Now I desire to transition to graduate school because I want to study war writing in depth and teach the classes that produce students who can make a difference, not just in our Army, but to our nation.”Capt. Drew Paulson, U.S. Army and Norwich Class of 2013

Paulson said he has, as the Army requires, completed key development time, serving as a Squadron S6, a battalion-level communications staff officer,  (June 2017 to this past April) and signal company commander (since April) in Fort Carson near Colorado Springs, Colorado.

Candidates who land spots and become instructors, the website said, teach core-curriculum classes — Basic Composition, Literature, Introduction to Philosophy or Advanced Composition through Cultural Studies — to four sections of 14 to 18 cadets each semester.

“The relationships remained with me because I kept in contact with Professor Ferreira and Professor Prentiss after graduation,” Paulson said by email. “Not only can I seek graduate school advice from them, they've continued to mentor me on life and further expand my reading library.

“Before I deployed to Iraq, Professor Ferreira recommended Pat Barker’s World War I ‘Regeneration’ novels to me. And, upon redeployment, I procured a (signed) copy of Professor Prentiss’ ‘Finding Abbey’ book from a local Vermont bookstore. Both are tremendous, thought-provoking reads and this example is a testament to NU professors’ dedication to students even after they graduate and commission.”

“As an Army company commander, I worked to use the communication and intellectual skills earned with my English degree to educate and inspire soldiers,” he wrote in his statement. “Now I desire to transition to graduate school because I want to study war writing in depth and teach the classes that produce  students who can make a difference, not just in our Army, but to our nation.”

In an email, Seaman said she and Paulson, whom she considered a trusted peer and a dedicated scholar, reconnected when he reached out to discuss his master’s pursuit. Seaman remembered the anxiety of applying to master’s programs (hers is in journalism), and offered her skills as a professional writer and editor to review his writing samples and offer ideas.

“It’s exciting to see Drew pursue a well-rounded career that couples his military experience and his passion for English literature,” Seaman said, adding that Prentiss and Ferreira had helped her, too. “It’s very reflective of his years at Norwich, where he balanced the Corps of Cadets and Army ROTC with his English studies.

“It’s wonderful to see the Norwich community continue to support Drew as he enters this next chapter of his career,” she added. “Strong relationships are built at Norwich.”

Prentiss said he admired Paulson’s focus — he completed tasks surely and quickly — and eagerness to challenge himself. Although creative writing hadn’t been a habit or a strength, Paulson figured it out, Prentiss said, and wrote for Norwich’s literary journal, the Chameleon.

“He’s one of the nicest humans you’ll ever come across,” Prentiss said of Paulson.

In her recommendation letter, Ferreira remembered Paulson, whom she taught in many classes, sitting in the front row of seats, reading the assigned texts and challenging perceptions — his own, his classmates and Ferreira’s — compassionately and thoughtfully. Paulson also opened himself to others’ ideas, learning all he could, Ferreira added.

“Drew could be depended upon, from the very first day of enrollment, to be involved and to bring ingenious perspectives and directions,” she wrote. “He often provoked dynamic group discussion, took chances and prodded others to do the same. … He will add so much to any program he is part of.”