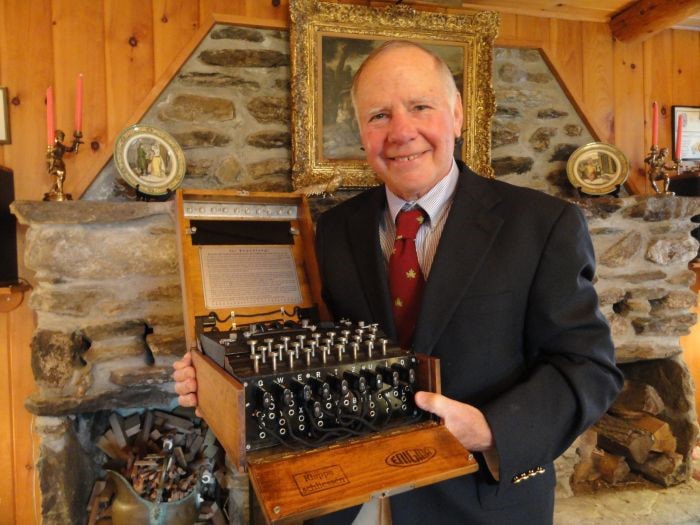 NORTHFIELD, Vt. — The Norwich University Mathematics Department presents the “Breaking the Secret ENIGMA Codes: The Real Story of the ‘Imitation Game,’” a presentation by Tom Perara, a retired neuroscience professor who specialized in research on the coding of information in the human brain and nervous system at 7 p.m. on Wednesday, Dec. 4 in the Cabot Auditorium U085.

At 6 p.m., ahead of the presentation, Perera will demonstrate a German Enigma, an American M-209, an American Civil War code wheel, and the complex Russian 10-rotor FIALKA cipher machine. This interactive session will allow audience members to engage with these antique cryptographic machines, explore how they work and understand the mathematics behind them.

Perera has been hunting for, collecting, researching, restoring and writing about Enigmas and their history for more than 30 years. He found, restored and sold the Enigmas that appear in the “Imitation Game” (2014) and “Snowden” (2016). He provides extensive Enigma information through his Enigma book, his lectures and his website, https://enigmamuseum.com/.

The German military used Enigma cipher machines to encode all of its important communications. The breaking of these Enigma codes is credited with shortening the war by two years, saving thousands of lives and perhaps keeping Adolf Hitler from producing an atomic bomb. This talk will explain in detail how the Enigma works and trace the fascinating history of the cracking of the Enigma codes. The real story behind the “Imitation Game” movie will be explained.