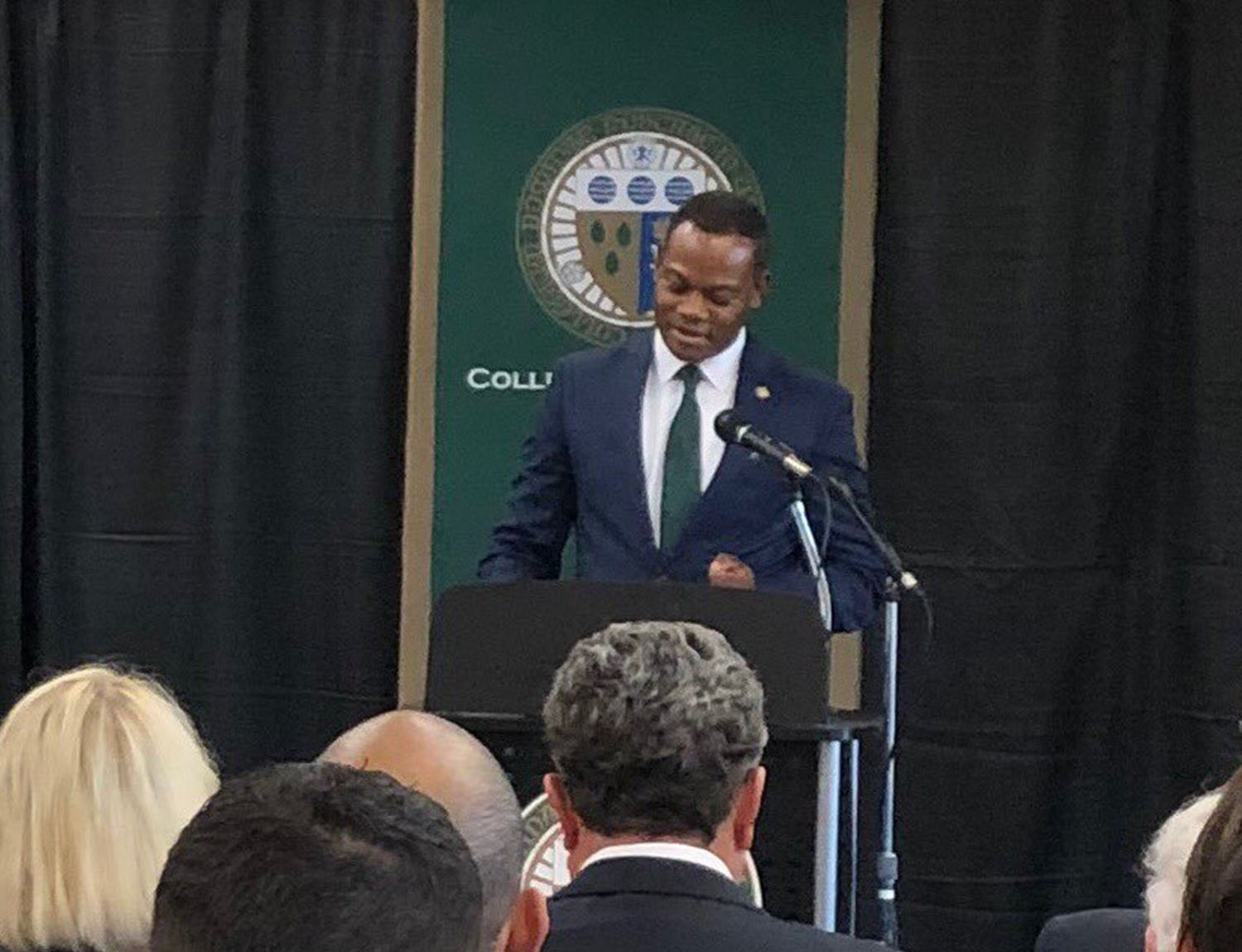 NORTHFIELD, Vt. – Norwich University officials announced that the College of Our Lady of the Elms President Harry E. Dumay, Ph.D., MBA, was elected to the Board of Trustees at the board’s October 2019 meeting.

From 2012 to 2017, before assuming the Elms College presidency, Dumay was senior vice president for finance and chief financial officer for Saint Anselm College. He formerly served as chief financial officer and associate dean at Harvard University’s Paulson School of Engineering and Applied Sciences (2006-2012), associate dean at Boston College’s Graduate School of Social Work (2002-2006), and finance director for Boston University’s School of Engineering (1998-2002). He also served for nine years as an adjunct faculty member at Boston College.

Dumay now serves as a commissioner, treasurer, member of the executive committee and member of the Annual Report on Finance and Enrollment (ARFE) for the New England Commission for Higher Education (NECHE), a member of the board of directors for the Association of Independent Colleges and Universities in Massachusetts (AICUM), a member of the Student Aid Policy Committee for the National Association of Independent Colleges and Universities (NAICU), a board member for the Boston Foundation’s Haiti Development Institute, and a former member of the board of directors of the Catholic Medical Center in Manchester, New Hampshire. He is the parent of a current Norwich student.

“With his great success in academia including his work on accreditation, which exposes volunteers to best practices in higher education, and also as a Norwich parent, Dr. Dumay will bring invaluable insight to the board,” President Richard W. Schneider said.

Norwich University is governed by its Board of Trustees, the university president, and the senior executive team. These leaders carry out the direction set for the university by the president.

The Board of Trustees at Norwich is an active volunteer group that not only oversees the university, but also as a participates in decision making and policymaking, steering and guiding Norwich into the future.

The Board of Trustees consists of 31 men and women, each of whom brings a unique life experience to the university. Trustees are alumni and nonalumni; military, business and educational leaders. Their experiences help the university leadership to develop the best academic programs, experiential learning opportunities and operational processes by which to form the military and civilian leaders of tomorrow. The board divides itself into a number of committees, aligned with the university's major operating officers, to focus on select areas of the university for careful study.