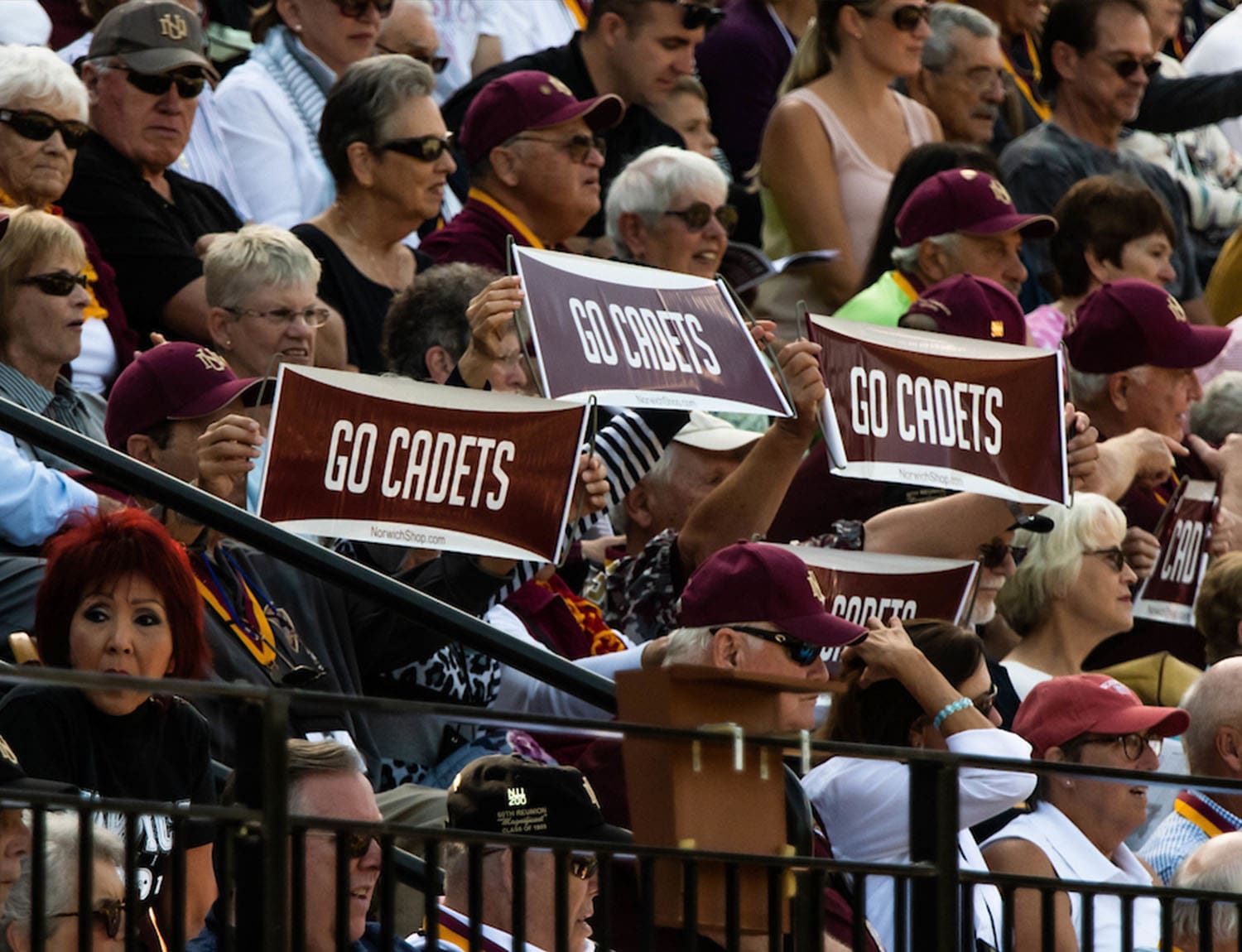 Catholic University quarterback Evan O’Donnell, pressed into service when starter Brady Berger was knocked from the game, threw a 6-yard pass to Trey Carson for a touchdown with six seconds left to help the host Cardinals top Norwich 31-27 at Cardinal Stadium.

Norwich rallied from an early 17-0 deficit and reeling off 24 unanswered points to briefly take the lead.

It was the first win of the year for Catholic (1-7 and 1-4 in the New England Women and Men’s Athletic Conference), which has twice lost in double overtime this season. Norwich shut Catholic out last season, 31-0.

The winning play capped an 85-yard drive for Catholic that started with 2:33 left in the game. The Cardinals had a first-and-10 on Norwich’s 13-yard line with 17 seconds to play and moved up to the 6-yard line after Norwich was caught offsides and penalized.

O'Donnell threw to Carson, who was in the end zone’s left corner, for a touchdown and the win. It was the third touchdown of the game for Carson, who led all receivers in yardage with 124 yards on 15 catches.

“I'm excited for our players, and I want them to enjoy it," Catholic Head Coach Mike Gutelius told catholicathletics.com. “It's been a long time coming for this group. They haven't had this payday.”

Berger moved Catholic for most of its final drive, helped by three key passes, a 14-yarder to running back Andrew Corneau, and passes of 9 and 12 yards to running back Chance Le Grand. (Le Grand also shined rushing the ball, amassing a game-high 111 yards on 17 carries).

Berger was hit in the head and neck while going out of bounds after a 9-yard carry. Norwich was assessed a personal foul penalty and the ball went to the Cadet 13-yard line, enabling Berger’s star turn

A show of moxie

Norwich had shown its own moxie, rallying from an early 17-0 deficit and reeling off 24 unanswered points to take the lead.

Cadets quarterback Matt Dunn, who was named NEWMAC Co-Offensive Athlete of the Week last week, went 3-for-3 on pass completions in the second half’s second offensive series, including a 45-yard touchdown pass to junior receiver Manni Romero that tied the game at 17.

Senior running back Aaron Conner scored from the 1-yard line on the next play to give Norwich its first lead of the afternoon. Clyde Tamburro’s point after made the score 24-17 Cadets.

But Catholic erased its deficit quickly. Le Grand, who had broken free for a 44-yard gain to drive the Cardinals upfield, answered with his one 1-yard score to tie the score at 24.

Dunn, a junior, completed nine of 15 of 27 passes for 164 yards and one touchdown as a passer and gained 46 yards on 13 carries as a rusher and scored one touchdown, a 4-yard run on the first half’s last play.

READ MORE ABOUT NORWICH FOOTBALL IN 2019