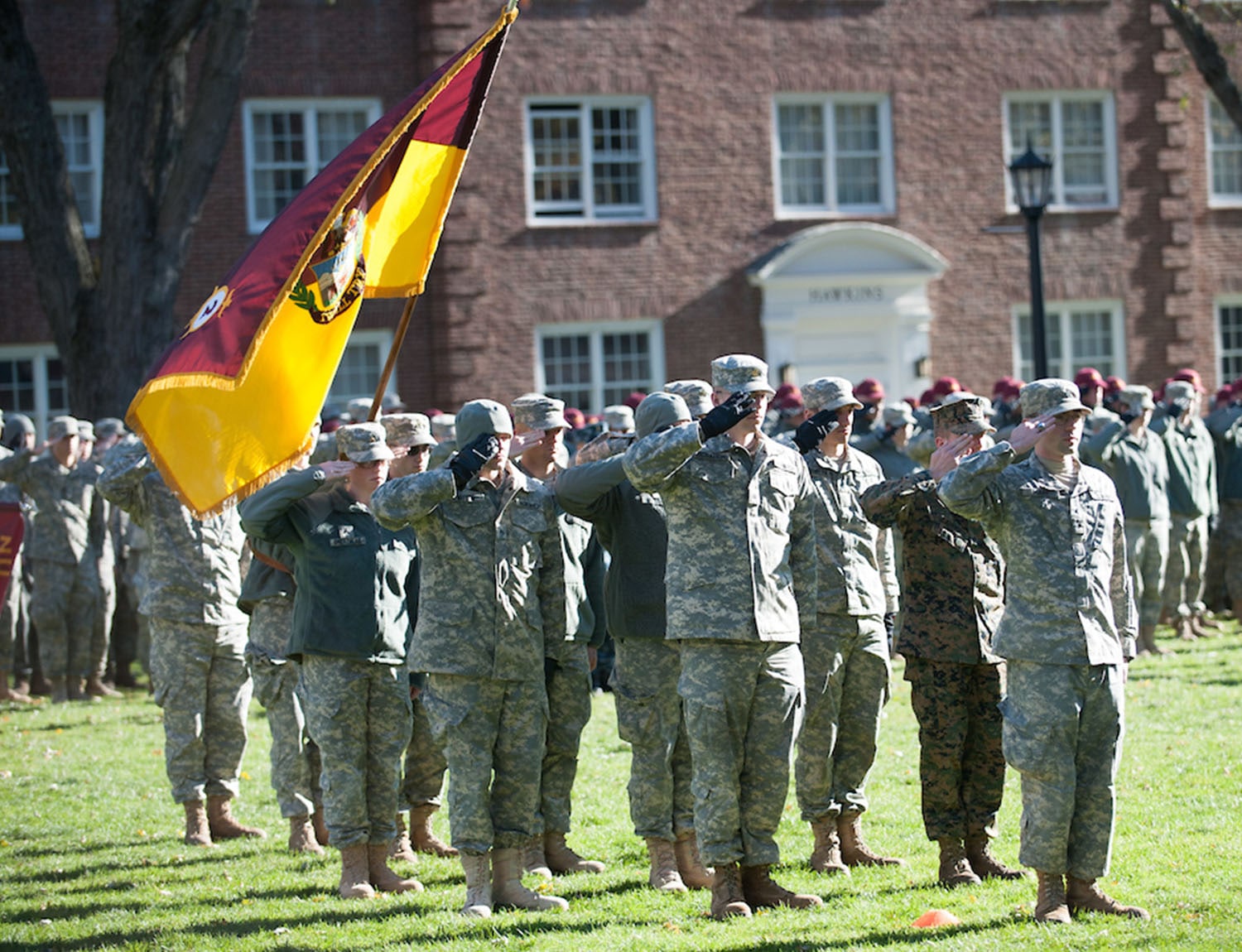 Honored guests at the event will include the Ancient and Honorable Artillery Company of Boston, the oldest chartered military organization in the western hemisphere, and will feature remarks by Capt. Nicholas Schiarizzi, the 311th captain commanding.

Veterans, their guests and community members are cordially invited to attend the Veterans Day Observance on the Upper Parade Ground at Norwich University at 3:15 p.m. Nov. 8.

Veterans, their guests and community members are cordially invited to attend the Veterans Day Observance on the Upper Parade Ground at Norwich University at 3:15 p.m. Nov. 8.

The ceremony will include prolonged cannon fire for the Roll of Wars, a wreath laying, firing of three rifle volleys, and the playing of echo taps.

An open reception will follow the outdoor ceremony in Jackman Hall's foyer.

The uniform for this special event is the Service Class A uniform; please plan on cold weather and dress accordingly.

Lawlor was commissioned as a 2nd lieutenant of infantry in 1987. He earned a Bachelor of Science in civil/construction engineering from Central Connecticut State University. He earned a Master’s in public administration from Norwich University and a master’s in Strategic Studies from the U.S. Army War College.

In his civilian career, Lawlor is public works and facilities director for Bloomfield, Connecticut. He is married to the former Natalie Barone; they live in Connecticut.

Lawlor, a proud member of the Military Order of Cincinnatus Society, received the Winfield Scott Medal in recognition of his significant contributions to the profession of arms and the advancement of the Civil Affairs Branch.

ABOUT NORWICH UNIVERSITY
Norwich University is a diversified academic institution that educates traditional-age students and adults in a Corps of Cadets and as civilians. Norwich offers a broad selection of traditional and distance-learning programs culminating in Baccalaureate and Graduate Degrees. Norwich University was founded in 1819 by U.S. Army Capt. Alden Partridge and is the nation’s oldest private military college. Norwich is one of our nation's six Senior Military Colleges and the birthplace of the Reserve Officers’ Training Corps (ROTC). www.norwich.edu