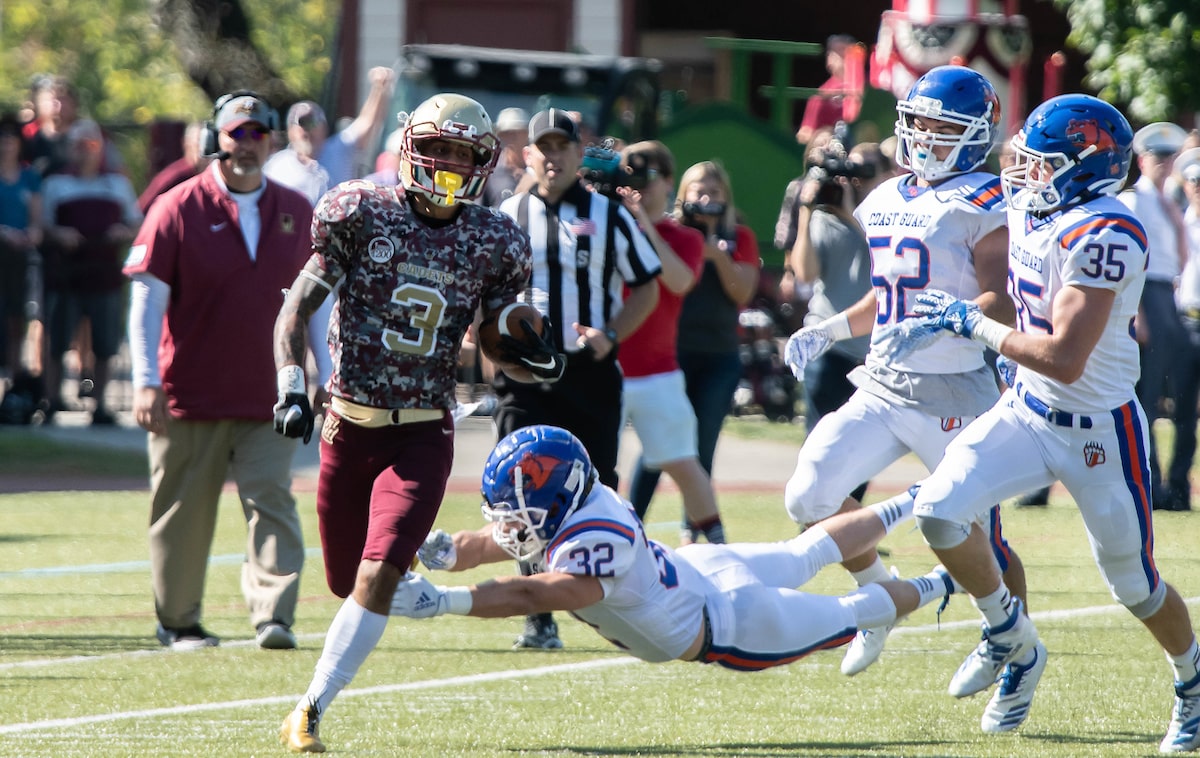 Cadets roll up 602 offensive yards, 411 in the air, to snap two-game losing skid

Norwich University set a single-game record for passing yards and rolled up its highest point total in nine years in a 51-10 win Saturday over Maine Maritime at Sabine Field at Haynes Family Stadium.

The Cadets rolled up 602 yards on offense to snap a two-game losing skid, even its record in the New England Women's and Men's Athletic Conference at 2-2 and move to 5-2 overall. The 411 passing yards beat the mark set in 2018 against Coast Guard; the win kept Norwich undefeated (12-0) against Maine Maritime, which is now 0-5 in the conference and 0-8 overall.

Norwich starting quarterback Matt Dunn, a junior, completed 19 of 24 passes for 376 yards and four touchdowns. Sophomore quarterback Grant Willard relieved Dunn and completed all five of his passes for 35 yards.

Norwich was in command from the start, piling up 221 yards of total offense in the first quarter and building a 16-0 lead.

Receivers Manni Romero (120 yards), a junior, and Trevor Chase (170 yards), a freshman, both had more than 100 yards receiving. It was the sixth 100-yard day this season for Romero, who had eight catches and scored his 15th career touchdown, tying him for third place on Norwich’s all-time list. Chase’s day included seven catches, including touchdown catches of 56 and 64 yards.

Norwich was in command from the start, piling up 221 yards of total offense in the first quarter and building a 16-0 lead. The Cadets led 44-3 at halftime.

On defense, Norwich sophomore lineman Avantaye Salomon had four tackles, including three for a loss, and three quarterback sacks. Senior linebacker Cahan and freshman defensive back Adrian Floyd had four tackles and a fumble recovery each.

Norwich will aim for its sixth win of the season Saturday when it visits NEWMAC rival Catholic for a noon kickoff.