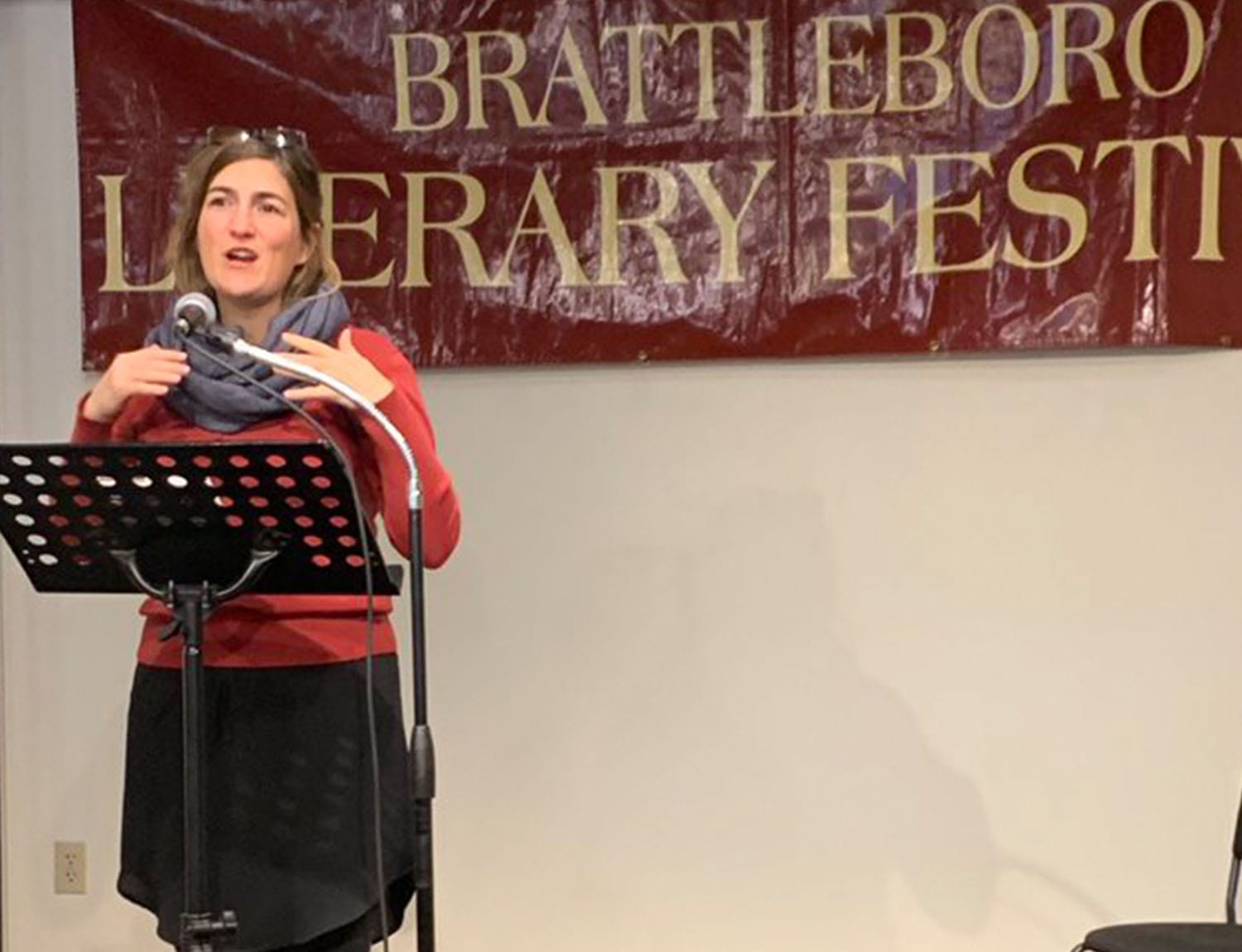 Montpelier resident Miciah Bay Gault, the coordinator of the Vermont Book Award and a teacher in the Vermont College of Fine Arts’ MFA in Writing & Publishing program, will discuss her debut novel Nov. 6 as part of Norwich University’s Writers Series.

Gault’s 4 p.m. talk, in the Chaplin Hall Gallery, is free and open to the public. The Norwich University Writers Series, College of Liberal Arts, and Department of English and Communications are the event’s sponsors.

The Norwich University Writers Series, the brainchild of English professor Sean Prentiss, began in 2013 and brings two to three writers to campus each semester to visit classes, meet with students and read and discuss their work.

“Goodnight Stranger” focuses on Lydia and Lucas, an orphaned brother and sister who live together on a small fictional island off Martha's Vineyard. A mysterious stranger enters the siblings' lives, who Lucas comes to think is the reincarnation of their infant brother who died at just a few weeks old.

The Martha’s Vineyard Times describes how the setting in “Goodnight Stranger” becomes its own character, writing, “(Gault) masterfully evokes the feel, sounds, smells, and sights of island life, from the hectic summer months to its quieter, insular year-round community.”

“When I look back, the moments preserved most vividly in memory are the moments I was most intensely lonely. I don’t mean times I was alone — I mean times I felt loneliness swelling in my throat, felt longing on my skin like sunburn,” she wrote, describing her college days. “As in my early childhood, the loneliness felt like fertile ground for other things—ambition, creative impulse.”

Gault told the Martha’s Vineyard Times a personal history she read of a couple’s infertility struggles and repeated lost pregnancies helped inspire “Goodnight Stranger.” She said the article, from The New Yorker magazine, concluded with the couple having one daughter and provoked thoughts of whether that daughter ever grieved the siblings she never had.

“Then I imagined this image: two grown siblings in a doorway, a stranger facing them across the threshold,” she told the Times. “The air is charged with surprise, with recognition, hope, and danger. One of the siblings says, ‘It’s him.’ From there I had to ask myself all kinds of hard questions to find out what the book was really about.”

Norwich English Professor F. Brett Cox said the series, which he coordinates, connects the university with the wider sphere of contemporary literary culture and reinforces the university’s community presence by inviting the public to attend readings and talks for free.

Most importantly, Cox said, the series reinforces a culture of writing at Norwich, which matters to both the English program and the College of Liberal Arts.

“As I tell my students, the works we have them read were all written by someone,” he said. “It is an invaluable experience for students to meet people who are actively engaged in writing — fiction, poetry, drama, screenplays, creative nonfiction — and see that, yes, it can be done.”

Gault said she loves teaching students, both graduate and undergraduate, to write about what captivates them.

“So many young writers believe there’s a mysterious set of acceptable topics to write about — and that cracking that list is what will turn them into serious writers,” Gault said in an email. “I want them to know that whatever fascinates them makes the most fascinating topic.

“The best thing young writers can do? Pay attention to their obsessions,” she added. “What they love, what they fear, what they desire most, those preoccupations are the best, brightest inspiration for their creations.”