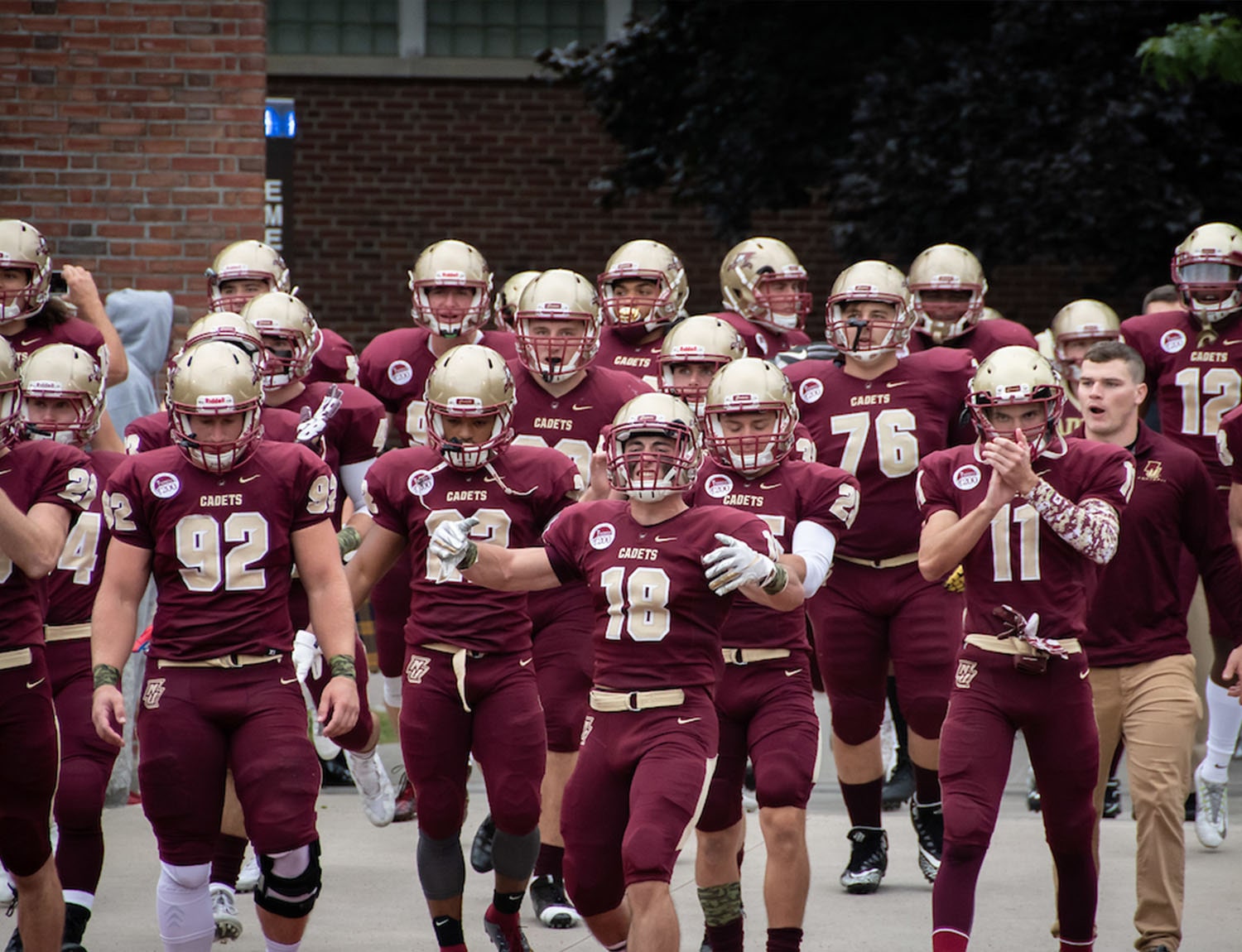 The loss was the second straight for the Cadets, who entered the game ranked 10th in the most recent weekly Grinold Chapter New England Division III Football Ranking. It was the third straight week Norwich, now 4-2 overall and 1-2 in the New England Women’s and Men’s Athletic Conference, was in the ranking’s top 10.

Merchant Marine rolled up 30 unanswered points and led 20-14 lead at halftime and led 30-14 after three quarters.

Merchant Marine, which entered the game with the top rushing offense in the nation in Division III, held the ball for more than 40 minutes just as Springfield had against the Cadets the previous week, and got a boost from its defense, which intercepted Dunn twice, sacked him three times and recovered an end-zone fumble for a score.

Merchant Marine, which stayed undefeated in conference at 3-0 and improved to 4-1 overall, rolled up 30 unanswered points after Norwich’s early scores and led 20-14 lead at halftime and led 30-14 after three quarters.

After halftime, Merchant Marine had another clock-eating drive, running 13 plays and moving 54 yards leading to Gavin Gartner’s third field goal of the day, this one from 20 yards out for a 23-14 lead.

Alec Kiernan’s 1-yard score on a third-and-goal accounted for Merchant Marine’s final touchdown of the game.

Norwich mounted a late rally when Dunn hit Ryan Reed on a 15-yard pass play to convert at fourth down-and-11 situation. Dunn then hit Romero and Chase for gains of over 20 yards to move the ball toward the end zoen and ran the ball in from 3 yards out with 1:01 left in the game to pull the Cadets within 30-20. But tries for a 2-point conversion and onside kick failed.

Dunn passed for more than 300 yards for the fourth time this season for the Cadets, completing 19 of 39 passes for 305 yards. Romero had his best receiving game of the season with seven catches for 189 yards and his sixth and seventh touchdown catches. Reed had four catches for 50 yards.

On defense, defensive back Zev Motew led Norwich with a career-high 16 tackles. Defensive back Austen Greene and linebacker Cahan Quinn had 14 tackles each.

Norwich has a bye week Saturday and will host Maine Maritime at noon. Oct. 26 at Sabine Field and Haynes Family Stadium.