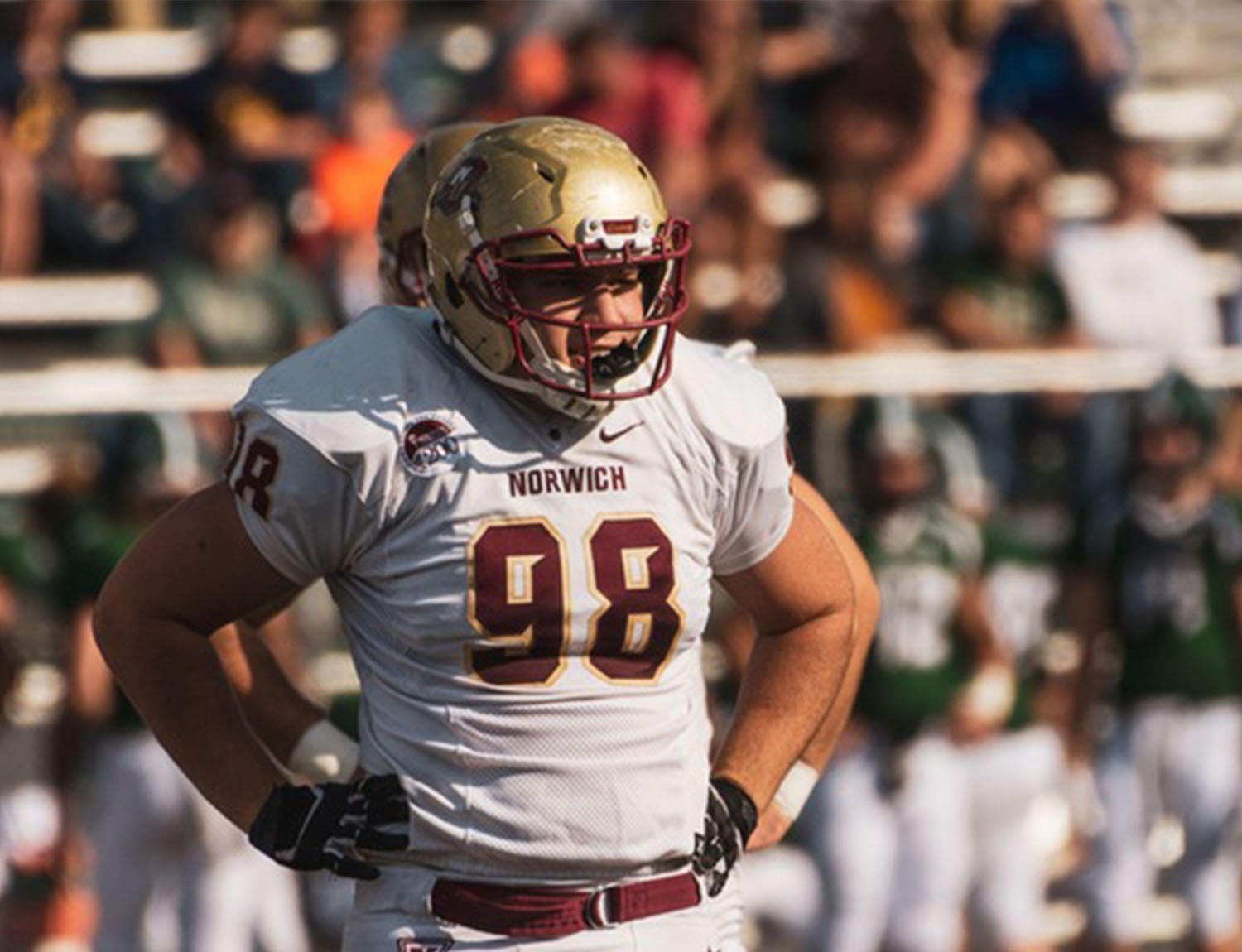 Possession was nine-tenths of the law of momentum Saturday. Host Springfield’s offense kept the ball for 75 percent of the game’s minutes and two long scoring drives, one each in the third and fourth quarters, and erased a two-touchdown deficit and hand Norwich its first loss of the season.

At Stagg Field in Springfield, Massachusetts, the host Pride held the ball for 45 minutes and ran 85 offensive plays — including 82 clock-eating running plays — to double Norwich’s play total. Springfield, which has the nation’s fourth-ranked rushing offense in Division III, converted six of seven fourth-down attempts, had 404 rushing yards and had two backs with more than 100 yards each. Quarterback Chad Shade rushed for 169 yards on 31 carries; fullback Tim Callahan gained 140 yards on 27 carries.

Springfield amassed 404 rushing yards, led by two backs with more than 100 yards each.

A quick-strike offense had the Cadets, which entered the game on a four-game winning streak and ranked eighth in the weekly Grinold Chapter New England Division III Football Ranking, ahead until a little more than six minutes remained in the game.

Springfield (2-3 overall, 1-1 in New England Women's and Men's Athletic Conference play) closed the third quarter with a 17-play, 75-yard drive that took 8:37 off the clock and pulled the pride within 17-14 with 19 seconds to go in the frame. Fullbacks Callahan and Pat Ladas carried the ball 10 times on the drive and Shade scored from a yard out

Springfield forced a three-and-out on Norwich’s first fourth-quarter possession and the Pride took over on its 30-yard line and drove to a score. Springfield’s 18-play, 64-yard drive took 8:22 off the clock and finished with Shade’s 1-yard, leap-over-the-line score on fourth-and-1, leaving just 6:05 to play.

“Those guys in the backfield did an excellent job,” he said during the press conference. “Up front, we did our job, just hammering away. All week, we talked about how the stonecutter keeps hammering at that rock until it cracks.”

Norwich (4-1 overall, 1-1 NEWMAC) shook off an early deficit to build a lead. Clyde Tamburro hit a 38-yard field goal to put the Cadets up 3-0, but Springfield answered by blocking Matt Rogers’ punt, recovering the ball and scoring to go up 7-3. Damien Rabis had the touchdown with 56 seconds left in the first quarter.

As in the previous week, long pass plays helped Norwich build a lead. First, with 31 seconds left in the first quarter, quarterback Matt Dunn threw to wide receiver Manni Romero, who ran for 50 yards to score. The 76-yard play was Romero’s third 75-yard-plus score this season. With Tamburro's point after, Norwich led 10-7.

Then, Dunn threw to wide receiver Trevor Chase for a 67-yard score with 1:42 left in the second quarter to help put Norwich up 17-7. Norwich kept the lead into halftime as its defense stuffed Springfield on a fourth-and-1, ending a 16-play, 58-yard drive with 5:31 to go in the first half.

Dunn completed 11 of 25 passes for 289 yards. Romero and Chase combined for 252 receiving yards and two touchdowns.