A governor's salute for Homecoming 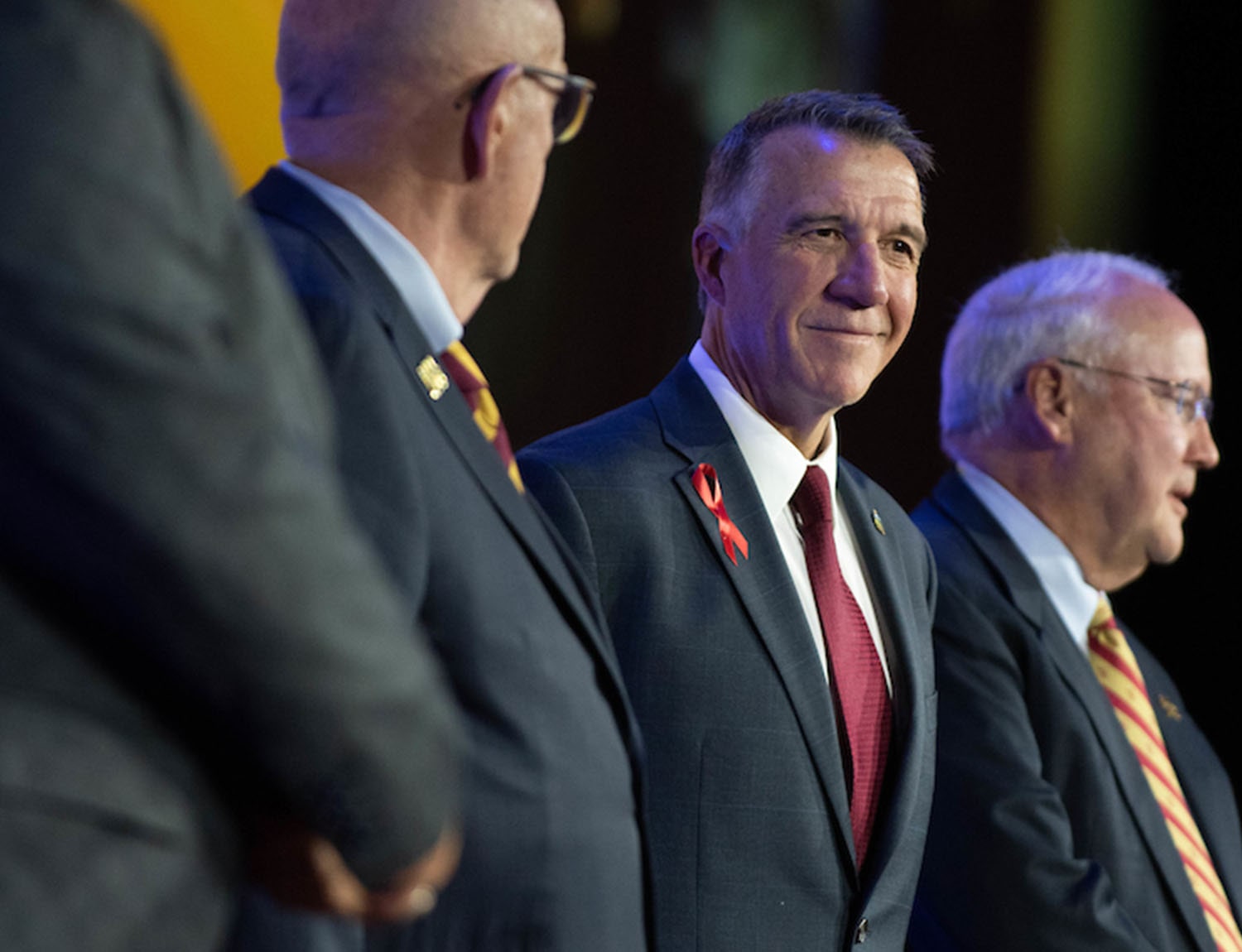 Months of preparation — some might say 199 years-worth — led to a celebration fit for Norwich’s bicentennial year on Homecoming Weekend. Six thousand alumni descended on Northfield to see old classmates, make new friends, witness milestones (the rededication of the Harmon Wall or the unveiling on the Bicentennial Stairs, to name two) and watch sports (the Coast Guard-Norwich football game among them).

“Cadets don’t let the fear of failure or difficulty hold them back. They dig in to achieve their goals, and fight for what’s right.” Phil Scott, Vermont governor

In his remarks, Scott acknowledged Norwich student Keanan Thompson, a 22-year-old Corps of Cadets member who died after a Sept. 15 car crash, as someone who gave of himself with his service as a Vermont National Guard infantry officer and with plans to commission into the U.S. Army. He called Thompson’s death a heartbreaking, tragic loss.

Scott also congratulated Norwich on its bicentennial and praised Richard W. Schneider, who will retire in May after 28 years as university president, for challenging students to achieve their best.

“Your vision, and this institution, have attracted some of the brightest minds, to help solve some of the biggest problems facing our state, nation, and world and cemented Norwich’s place as a leader in higher education," Scott said. “You have now helped build the foundation for several generations of leaders who will represent the very best of this university.”

Making a mark on Vermont

Just as Schneider left his mark on Norwich, Norwich left its mark on Vermont, Scott said, with its distinction as ROTC’s birthplace, traditions of innovative learning and leadership and trailblazing cybersecurity programs.

Moreover, Scott said, Norwich students radiate the “I will try” determination that prepares them for war, work and life. These students, he said, have the courage to manage a society locked in a civility-eroding clash of opinions and perspectives.

“The late Sen. John McCain once said: 'Courage is not the absence of fear, but the capacity to act despite our fears, and that’s what sets students of Norwich apart,'" Scott said. “Cadets don’t let the fear of failure or difficulty hold them back. They dig in to achieve their goals, and fight for what’s right. Right now, we’re at a national crossroads where the courage to do what’s right is more important than ever.”

“As we work together to become a greater example for the rest of the country, I’m proud to have the Norwich community on our team,” said Scott, adding that he keeps a copy of Norwich’s guiding values statement on his desk. “These are ideals we should all live up to.”