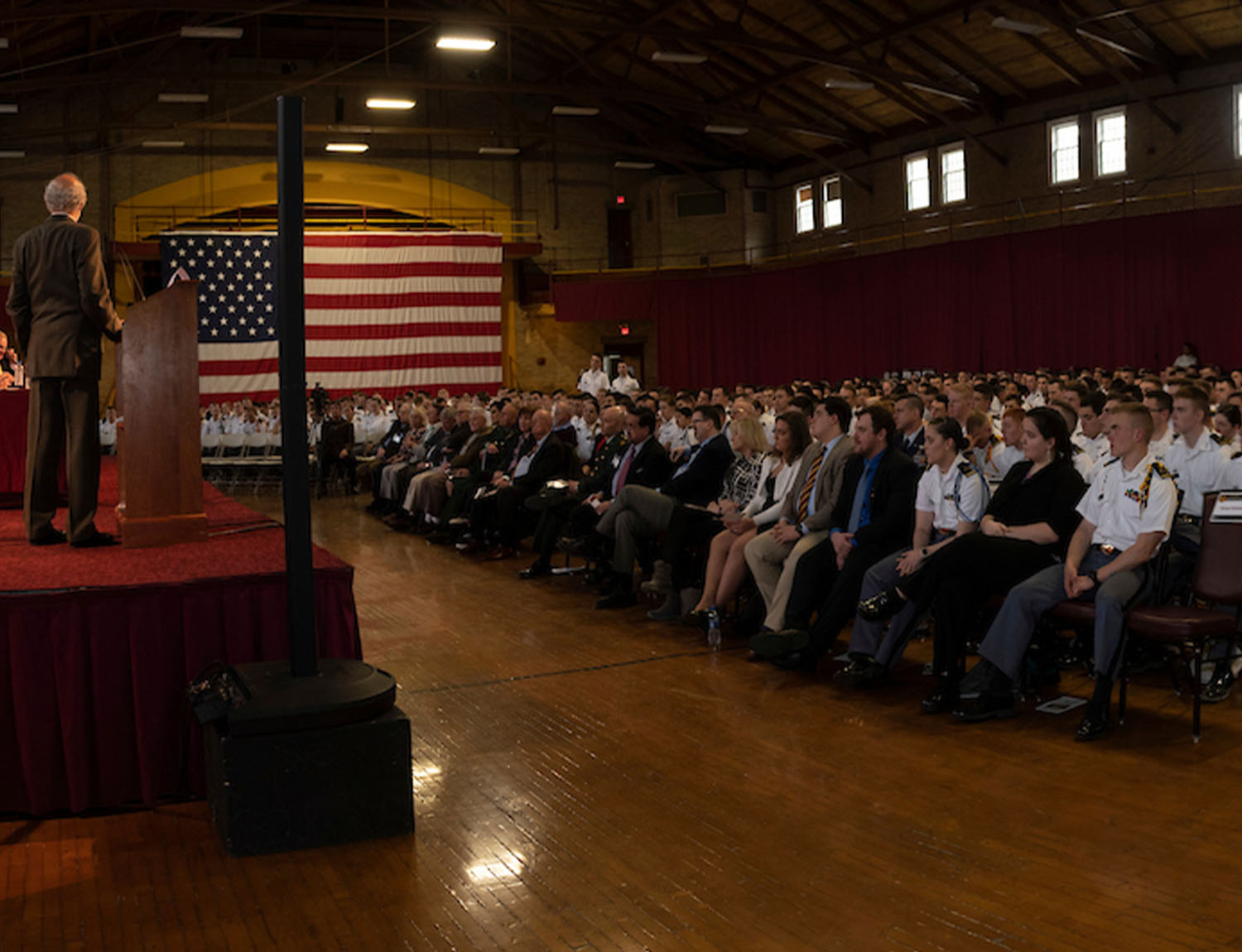 NORTHFIELD, Vt. — The 2019 Norwich University Military Writers’ Symposium, with the theme of “Warfare in the 21st Century: Future Battlegrounds,” will run Sept. 24 through Sept. 25. A Todd Lecture presentation, “LikeWar: The Weaponization of Social Media,” will conclude the symposium by one of the authors and panelists, Peter Warren Singer, at 7 p.m. Wednesday, Sept. 25 in Mack Hall Auditorium.

All symposium events except the Meet the Authors dinner are free and open to the public. Events include book and other presentations and a panel discussion.

In April 2019, Paul Scharre captured the 2019 William E. Colby Award for his book, “Army of None: Autonomous Weapons and the Future of War.” Norwich University awards the Colby prize, now in its 20th year, annually to a first solo work of fiction or nonfiction that has made a major contribution to the understanding of military history, intelligence operations or international affairs.

Bill Gates selected “Army of None,” the debut book by Scharre, a senior fellow and director of the Technology and National Security Program at the Center for a New American Security, as a top pick for 2018. Scharre served as a special operations reconnaissance team leader in the U.S. Army’s 3rd Ranger Battalion and completed multiple tours to Iraq and Afghanistan.

Colby Award winners receive a $5,000 author honorarium provided through the generosity of the Chicago-based Pritzker Military Foundation. Scharre will receive the award and honorarium during the symposium.

Scharre will join Benedetta Berti and Peter Warren Singer for a moderated panel discussion, “Warfare in the 21st Century: Future Battlegrounds” from 2 to 3:30 p.m. Wednesday, Sept. 25. The panel discussion will be livestreamed on the Peace and War Center site at https://www.norwich.edu/pawc. A book signing will follow the panel from 3:30 to 4:30 p.m.

Berti is an Eisenhower Global Fellow and a TED Senior Fellow. She has held positions at Harvard University, West Point, the Institute for National Security Studies, and the Foreign Policy Research Institute. Since 2018, she has served as head of policy planning in the Office of the Secretary General at NATO.

Author Ian Brown will give a book presentation 11 a.m. Wednesday, Sept. 25 at Kreitzberg Library. Brown, a U.S. Marine Corps major and CH-53E helicopter pilot and a 2015 graduate of Norwich’s online Master of Military History program, has published works on maneuver warfare doctrine and future warfare concepts in the Marine Corps Gazette and online publication War on the Rocks. He is also the author of “A New Conception of War.”

Brown’s opinions are his alone and do not reflect those of the Krulak Center, Marine Corps University, U.S. Marine Corps, Defense Department or any part of the U.S. government.

For the full schedule, including presentations by Berti and Scharre, visit https://sway.office.com/31SlOVeGQyrGlXQ1.

This year’ symposium is presented in partnership with Norwich University’s Todd Lecture Series.