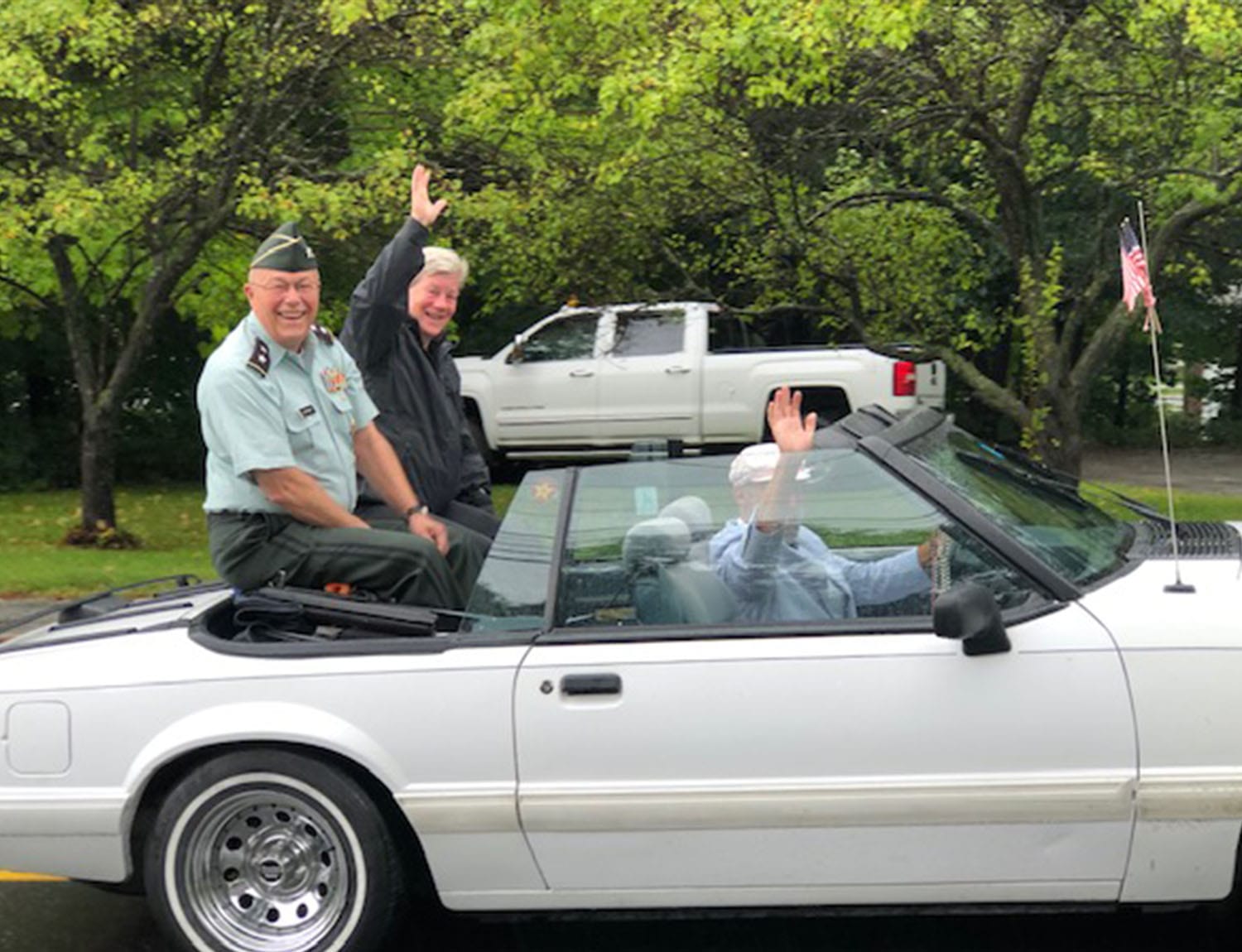 NORTHFIELD, Vt. — Led by its marching Corps of Cadets and a pair of grand marshals, Norwich celebrated its 200th birthday at the 2019 Northfield, Vermont, Labor Day festivities.

Northfield’s Labor Day Weekend Celebration, a Vermont Chamber of Commerce “Top 10” event, ran Aug. 31 through Sept. 2, and included a parade from 10:30 a.m. to noon Sept. 2. Other events included a footrace, live performances and a dance party.

As part of this year’s theme, “Celebrating Norwich 200,” President Richard W. Schneider and his wife, Jaime Schneider served as the 2019 parade grand marshals. Norwich’s 1,500-member Corps of Cadets continued its tradition of marching in the parade. Norwich had a special bicentennial float and university representatives had a large tent on the Depot Square green; giveaways and activities ran throughout the weekend.