A promise pointed toward prosperity 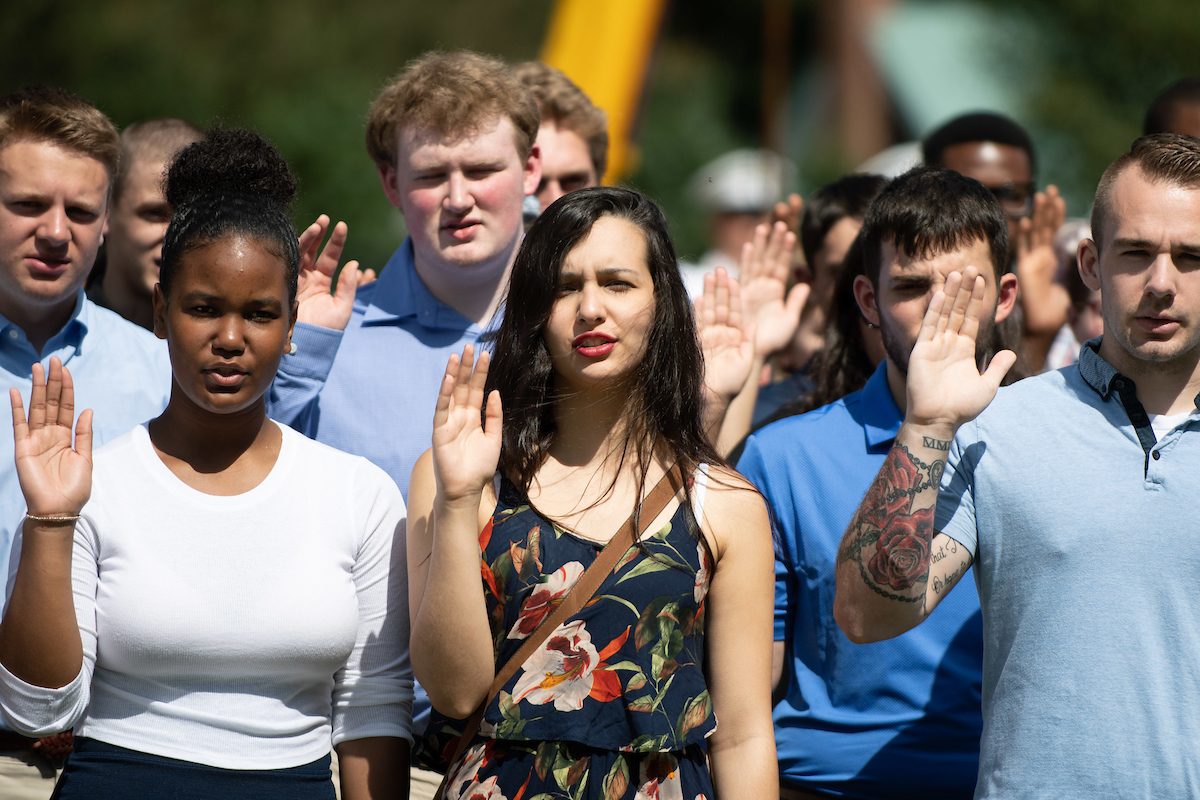 A weekend of firsts for new Norwich University students and the class of 2023 also began a series of lasts for Richard W. Schneider as Norwich president.

On Sunday, Aug. 25, Norwich’s rooks, first-year members of the Corps of Cadets, participated in the annual Dog River Run, a tradition dating back to Rook Week in August 1973.

Schneider accompanied them for the final time as president; he’ll leave his post in May after 28 years. (His tenure has made him one of the longest-serving college presidents in the United States). Schneider said Sunday he has run 27 Dog River Runs, missing only one because of knee operations.

As the Regimental Color Guard, which also serves as the State of Vermont Color Guard, and the Regimental Band, the nation’s oldest collegiate marching band, stood by, Schneider welcomed on-site onlookers, an online audience watching via livestream and students, both civilian and Corps.

Schneider, who joined Dean of Students Martha Mathis; Col. Michael Titus, Commandant of Cadets; and Amanda Palm ’20, student orientation coordinator; on the 50-yard-line reviewing stand, said he looked forward to seeing everyone progress. Someday, he said, current rooks will have their own rooks to lead; current civilians will have their own freshmen to guide as residential advisors and orientation leaders.

The coming year will enable students to experience Norwich’s legacy, Schneider said. At homecoming, for example, 6,000 to 8,000 alumni will return to campus, some marching on the same Sabine Field expanse. Students will also, he said, get to uphold Norwich’s values.

“(Norwich is) a serious school for students who want to do really well and get their life started properly and be great citizens,” he said. “Whether we’re in civilian clothes or military clothes, we need great leaders, and that’s the business we’re in.”

Schneider said oath taking is a longstanding military practice; American armed forces personnel all promise to defend their nation. But oaths are also life practice, Schneider said, many professions, including law, law enforcement and medicine have them. Pledging allegiance to the American flag is an oath, he said; so is a marriage vow.

“When you speak these words, try to embody them, make them part of who you are, who you will be when you graduate,” Schneider said before students took their Norwich oaths. “Allow them to transform you into the person you wish to become … remember what you’re saying and why it means something, and you’ll have an unbelievable four years at school.”