Now on exhibit: The 2023 class menagerie 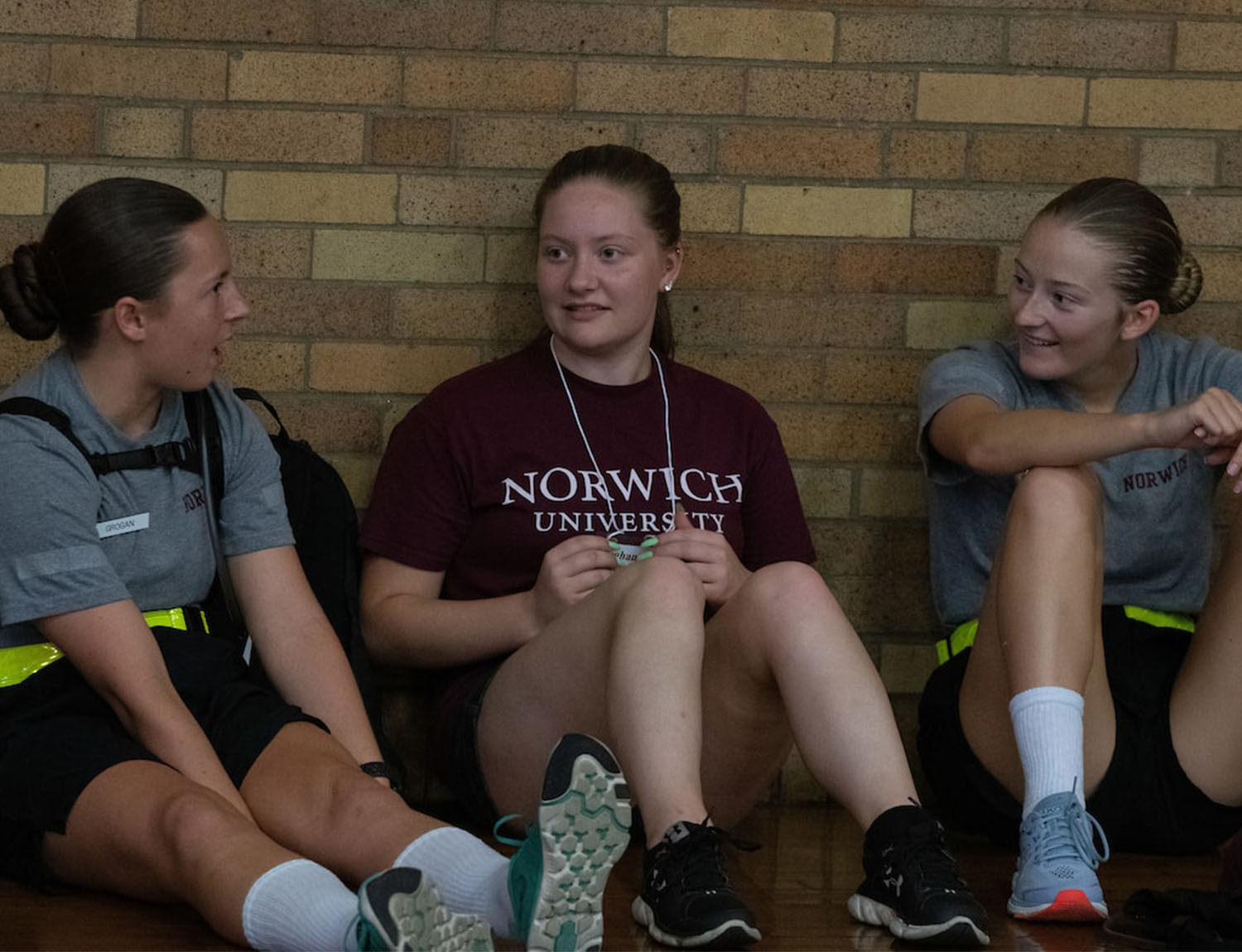 The grass is cut, the uniforms are on, and students are marching and milling about, radiating energy and activity campuswide. All signal that Norwich University is about to start the 2019-20 academic year.

The Class of 2023 comprises approximately 465 rooks (first-year students in the Corps of Cadets) and 299 civilian students (residential and commuter) coming from 38 states, two territories (Puerto Rico and Washington, D.C.) and 23 countries. There were 24 civilian-to-Corps transfers to add to the 2019 rook class.

These students arrive as the university celebrates 200 years since its founding in 1819. Norwich will mark it bicentennial with celebrations on campus, in Northfield, in the region and across the country.

University officials said in January that the $100 million goal of the five-year “Forging the Future” bicentennial fundraising campaign — the largest such campaign in Norwich history — had been reached ahead of the planned December 2019 end date. The campaign goal was then increased to $110 million.

The fundraising campaign has funded the construction of Mack Hall, a new, four-story academic building on campus that opened in August 2018, significant renovations to Dewey, Webb and Ainsworth halls, increased scholarship endowments and modernization of the Kreitzberg Library to be an epicenter of experiential learning. The library renovations were completed in August 2015.

“At Norwich, we continue our 200-year-old tradition of evolving and investing in high-quality and relevant academic programs,” said Richard W. Schneider, who begins his 28th year as Norwich’s president, making him one of the nation’s longest-serving university presidents. “These programs, rooted in values and experiential learning, continue to attract high-performing and motivated students to Vermont.”

All new students will participate in the New Student Oath Ceremony, a long-standing Norwich tradition, on Sunday, Aug. 25, at Sabine Field. Corps and civilians participate jointly, a “beginning” that cultivates campuswide student unity.

As part of the oath, incoming civilians and rooks will promise to accept, uphold and apply the principles of the Norwich honor code and guiding values. Their recitations will end with: “In all my endeavors from this day forth I will reflect in the spirit of the Norwich motto, ‘I will try.’”

Parents and family members are invited to attend the Oath Ceremony, or stream it live at https://www.nsnsports.net/colleges/norwich.