A Mission of Mercy in Costa Rica 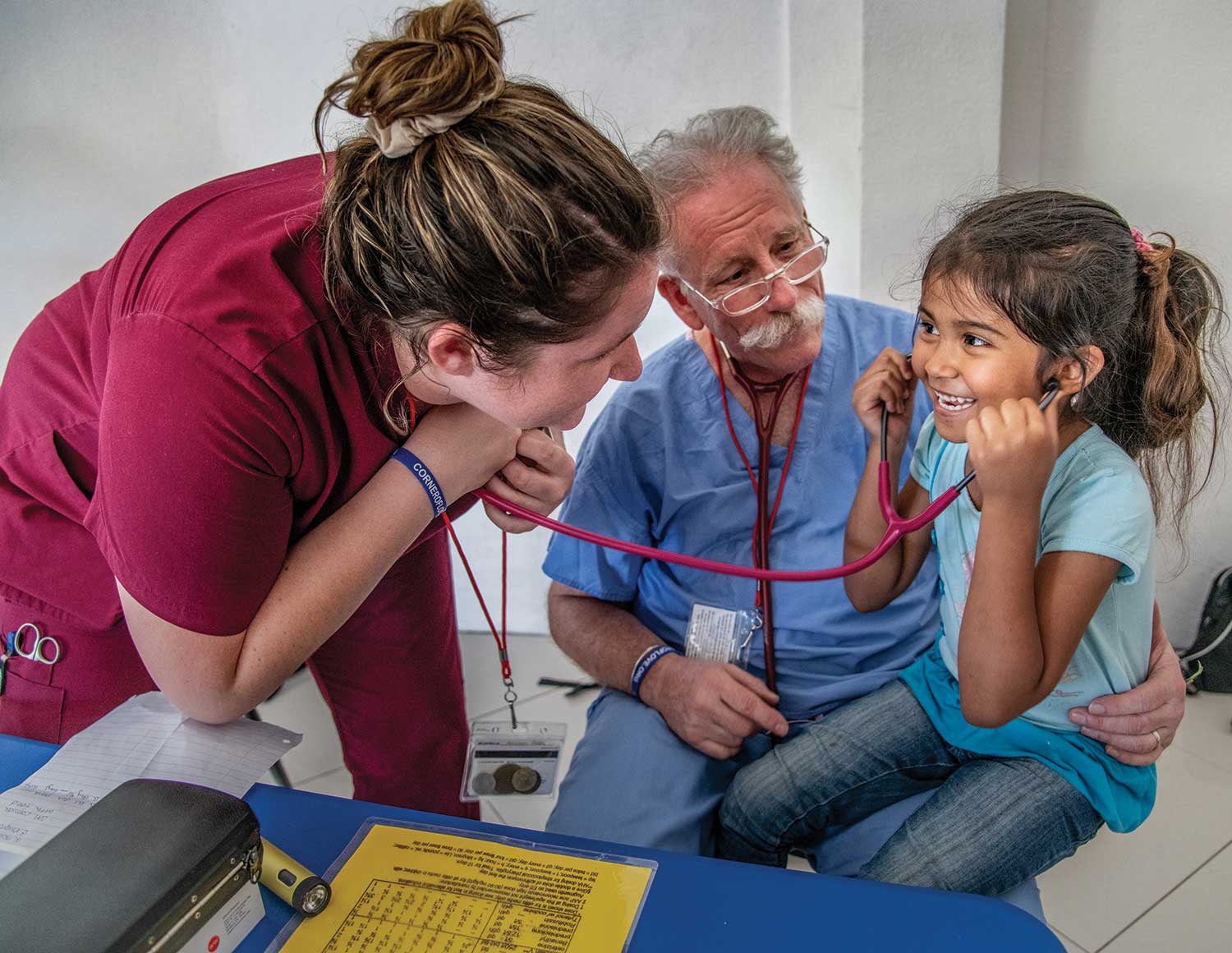 In March, School of Nursing Director Paulette Thabault led students on a service-learning mission to Costa Rica, where they staffed a medical clinic for refugees fleeing violence in neighboring Nicaragua. We sent long-time National Geographic photographer Karen Kasmauski—known for her Pulitzer-nominated work on global health, nursing, and refugees—to join them.

Nicaragua is one of the poorest countries in the Western Hemisphere. It is also one of its most beautiful and troubled. In April 2018, the country’s notoriously violent and corrupt president, Daniel Ortega, sharply cut social security benefits and raised taxes. “People who were already being squeezed were squeezed even harder,” says School of Nursing Director Paulette Thabault, DNP, JD, a frequent medical volunteer there.

Pensioners and students took to the streets to protest. Their nonviolent movement was met with a brutal crackdown by pro-Ortega paramilitary and government forces. Churches were attacked and the Internet shut down. More than 500 people have been killed and hundreds more imprisoned and tortured. UNHCR, the United Nations refugee agency, estimates that at least 62,000 Nicaraguans have fled the country since the violence began. Of those, some 55,500 have sought refuge in neighboring Costa Rica, a country that has long offered asylum to its Central American neighbors during decades of strife in the region.

To help meet a small portion of that need, Thabault led a weeklong experiential learning trip to Costa Rica over spring break in March. For nursing majors, it was also a chance to learn about community-based nursing and population health while putting their clinical skills into practice.

Working through the faith-based medical and humanitarian relief nonprofit Corner of Love, Norwich volunteers set up a temporary medical clinic in the Costa Rica village of La Cruz, located half an hour from the Nicaragua border. They brought with them 3,000 pounds of donated medical supplies, medicines, and other basic necessities—from soap, shampoo, and toothpaste to clothing, shoes, and reading glasses.

Patients presented a range of medical conditions—from parasitic infections and pneumonia to heart conditions, psychological trauma, and late-stage cancer. Some cases were easily treated with antibiotics or other available medicine. Other cases seemed all but hopeless, such as a mother of two who arrived with signs of metastatic breast cancer and advanced liver failure.

Simple things made a big difference. Children could play with coloring books and soap bubbles. Refugees received toiletries, food, and water bottles. At the end of each clinic day, they gathered in a group to share personal stories of fleeing their homeland and their worries about the uncertain future ahead.

Among the trip’s volunteers was Dr. Peter Gunther. A Burlington-based doctor who is also married to Thabault, he reflected on how the clinic benefited the refugees. “The most important thing, in my mind, is we gave them a couple hours of joy, hope, and maybe some laughter,” he said. “And I think, given these folks’ lives, that’s a huge gift.”