THE MAKERS: DIG IT! A Mars Mining Robot 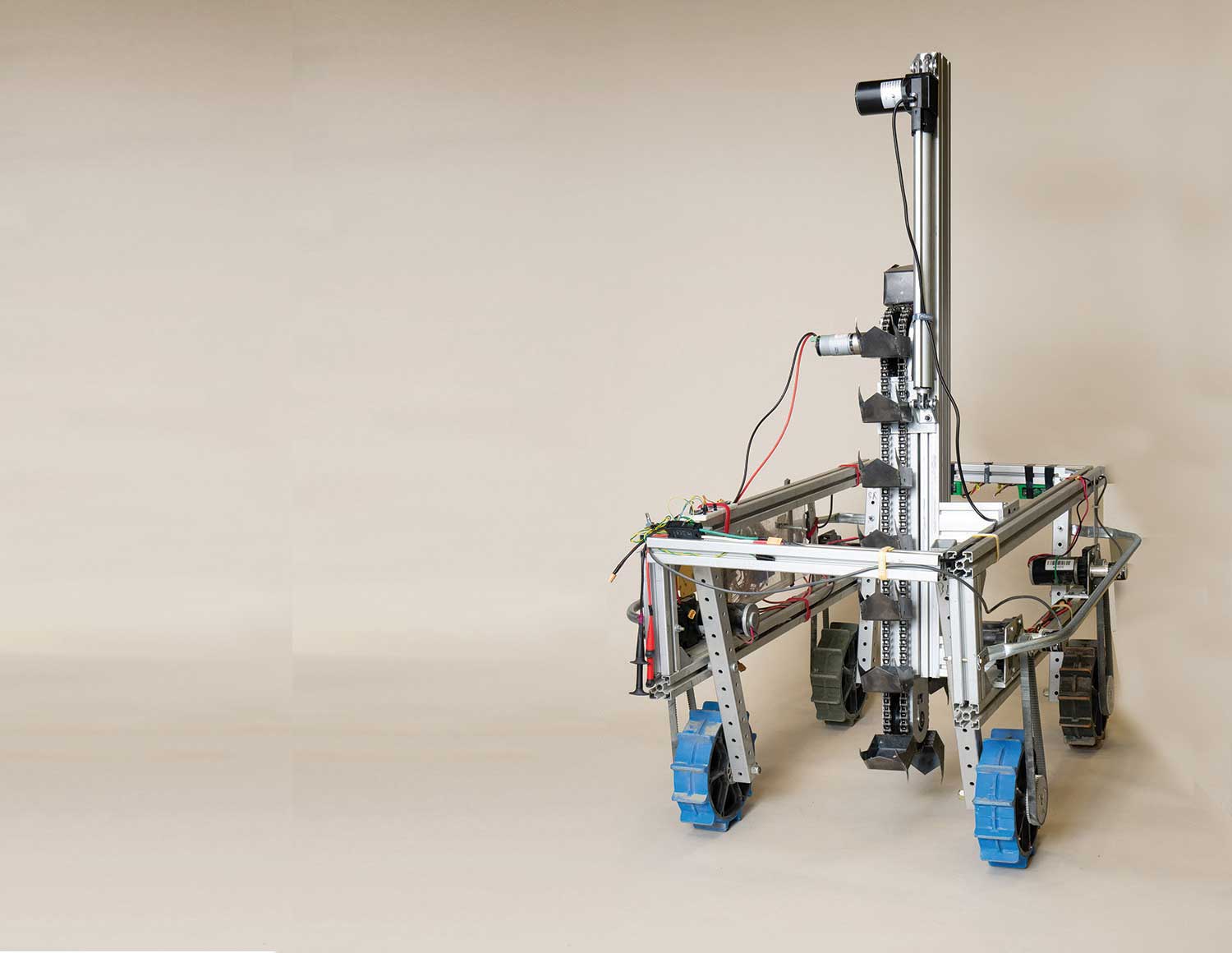 For their senior capstone project, mechanical engineers Alfred Freed ’19, Caryn Ojemann ’19, and Brendan Watson ’19 teamed up with electrical engineer Cody Moore ’19 to design, build, and test a system to mine ice chunks from the Martian surface. Why ice? Because future astronauts will find exploring the Red Planet thirsty work.

Sponsored by NASA’s Vermont Space Grant Consortium, the Norwich team had a running start, thanks to a repurposed chassis from colleagues at UVM. Watson, the team’s project manager, says they considered three approaches when designing their digger. They ultimately landed on a bucket chain as the best solution.

In all, the team spent hundreds of hours designing, programming, and assembling their digger. Watson alone burned 100 hours on computer-aided modeling. The team spent another 25 hours just to cut, bend, and weld the robot’s 15 toothed buckets.

Moore, who programmed the bot’s microcontrollers, says his goal wasn’t to build a robot that would travel to Mars. Rather it was to build a bot in which NASA engineers might find “the slightest idea that helps them innovate and create and engineer an amazing robot that can.” Words alone that seem ready-made to inspire.