When the floodwaters recede 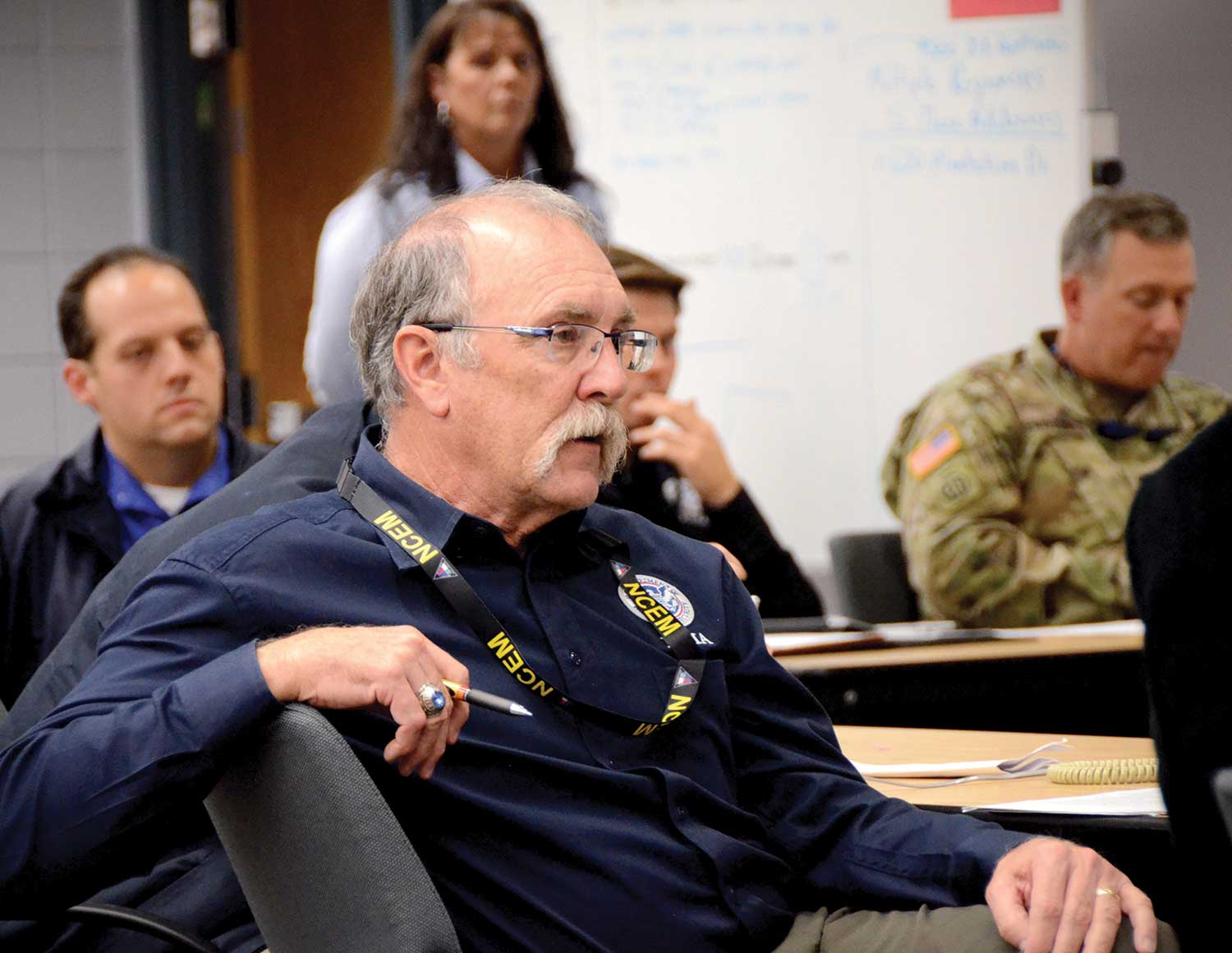 Last September, the thousand-year rain event known as Hurricane Florence heaved across the coastal Southeastern United States. Over four days, the slow-moving Category 1 storm dumped as much as 35 inches of rain on parts of the Carolinas and Virginia. The inundation flooded thousands of buildings, killed 53 people, and caused an estimated $24 billion in damage—a figure comparable to the 2018 California wildfires, according to the National Oceanic and Atmospheric Administration.

Within days of the disaster, Norwich alumnus Albie Lewis had arrived in the region to help respond to emergency needs and lead recovery efforts for the Federal Emergency Management Agency as one of the agency’s four top federal coordinating officers.

His twofold mission: get people and resources where they needed to be during the crisis, and distribute funds appropriately for rebuilding after the immediate crisis had passed. Since joining FEMA in 2007, Lewis has responded to at least three dozen natural disasters, many of them headline-grabbing.

“I’ve been seeing the same type of damages since I started," he says, "as some disasters are close to Katrina.”

In his estimation, such disasters are now more frequent.

“I did get home for 10 days at Christmas,” he says. “I expect to be here until May or June, unless another major disaster hits somewhere else. I am usually deployed over 90 percent of the year, and missed my 45th Homecoming [last] year.”

It’s not a lifestyle most people would choose. But Lewis isn’t like most people. As a child, he was a ward of the state at Scotland School for Veterans’ Children in Pennsylvania. He says he experienced firsthand what it means to have nothing versus something versus everything. Lewis counts himself one of the lucky ones: he emerged as an adult wanting to serve others and pay back the assistance he received as a young person.

Lewis says a career in disaster response can be tough. Family support helps him keep an even keel amid the risk and heartbreak, constant stress, and long absences.

“You’ve got to have that kind of support,” he says. “During a response phase, it’s not unusual to be working 24/7—many times sleeping on a cot in the state’s emergency operation center.”

Lewis spent 28 years in the Vermont National Guard, where he helped establish the Army Mountain Warfare School and retired as a colonel. He also worked for Vermont state government, directing the state’s emergency management agency, and co-chaired the International Emergency Management Group, a consortium of the New England states and five eastern Canadian provinces for emergency response and mutual aid.

Lewis says the empathy he learned as a youth underlies all those endeavors. Being able “to talk to people on the worst day of their lives,” he says, is a crucial skill for aiding them in a disaster. “We’re always criticized by the last place to get power,” Lewis says. “But bringing it in, and seeing what everyone did, is very satisfying, and I’m glad to be a part of it.”