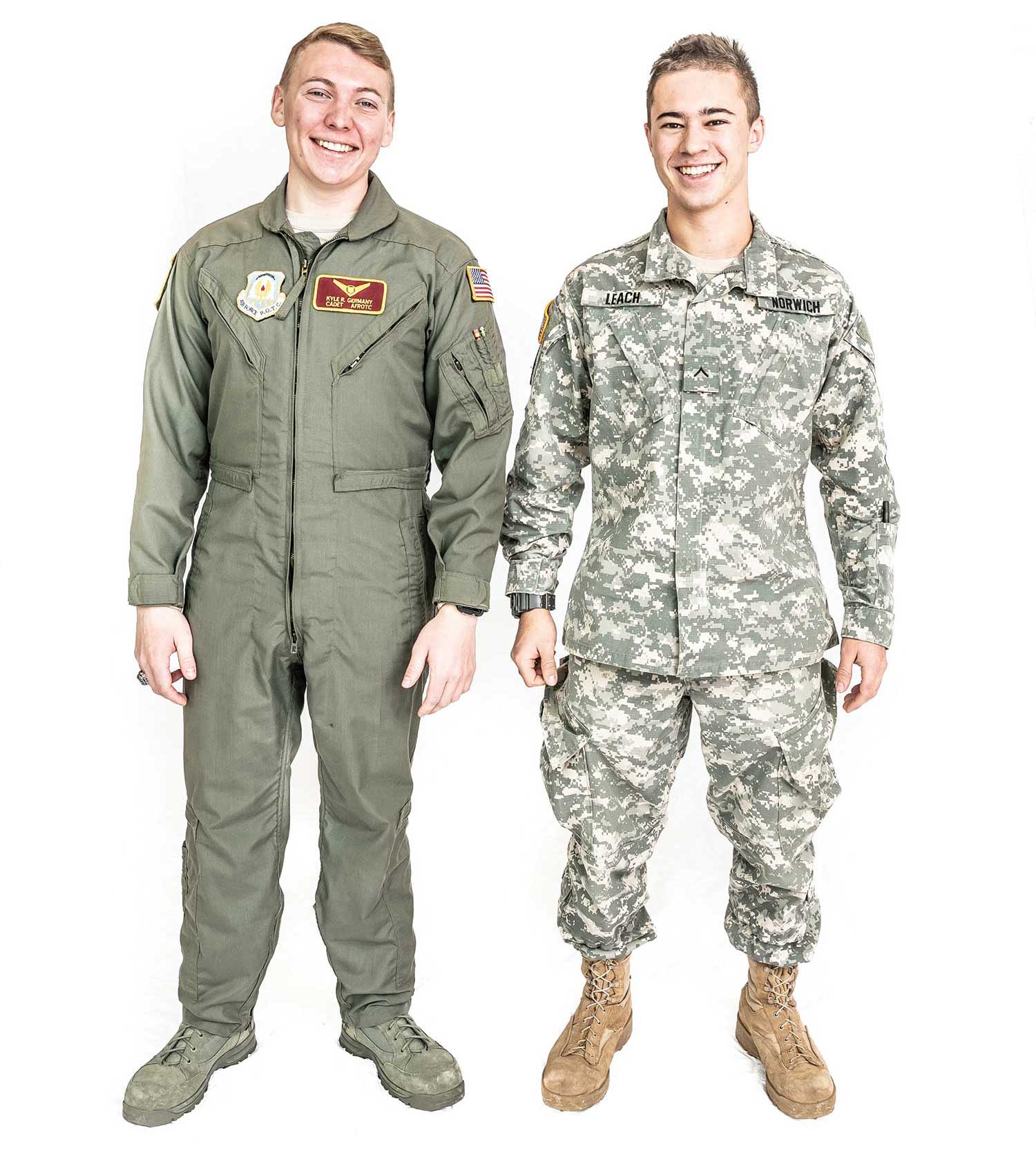 Members of the same rook platoon, seniors Kyle Germany and Nathan Leach met during their first days at Norwich. They’ve been friends ever since.

“We hang out together on weekends,” says Germany, who hails from Boulder, Colorado. The two pals have gone rock climbing in the Flatirons and launched road trips to Colorado’s Great Sand Dunes National Park. Leach is an international studies and Spanish double major from Jericho, Vermont. “His family is great, and they kind of host a lot of our freshman group,” says Germany, who commissions into the Air Force after graduation before heading to flight school. Leach studied in Costa Rica for five months last year and hopes to begin a law enforcement career with the Vermont State Police or his local police department. Suffice it to say, the two friends plan to stay in touch.