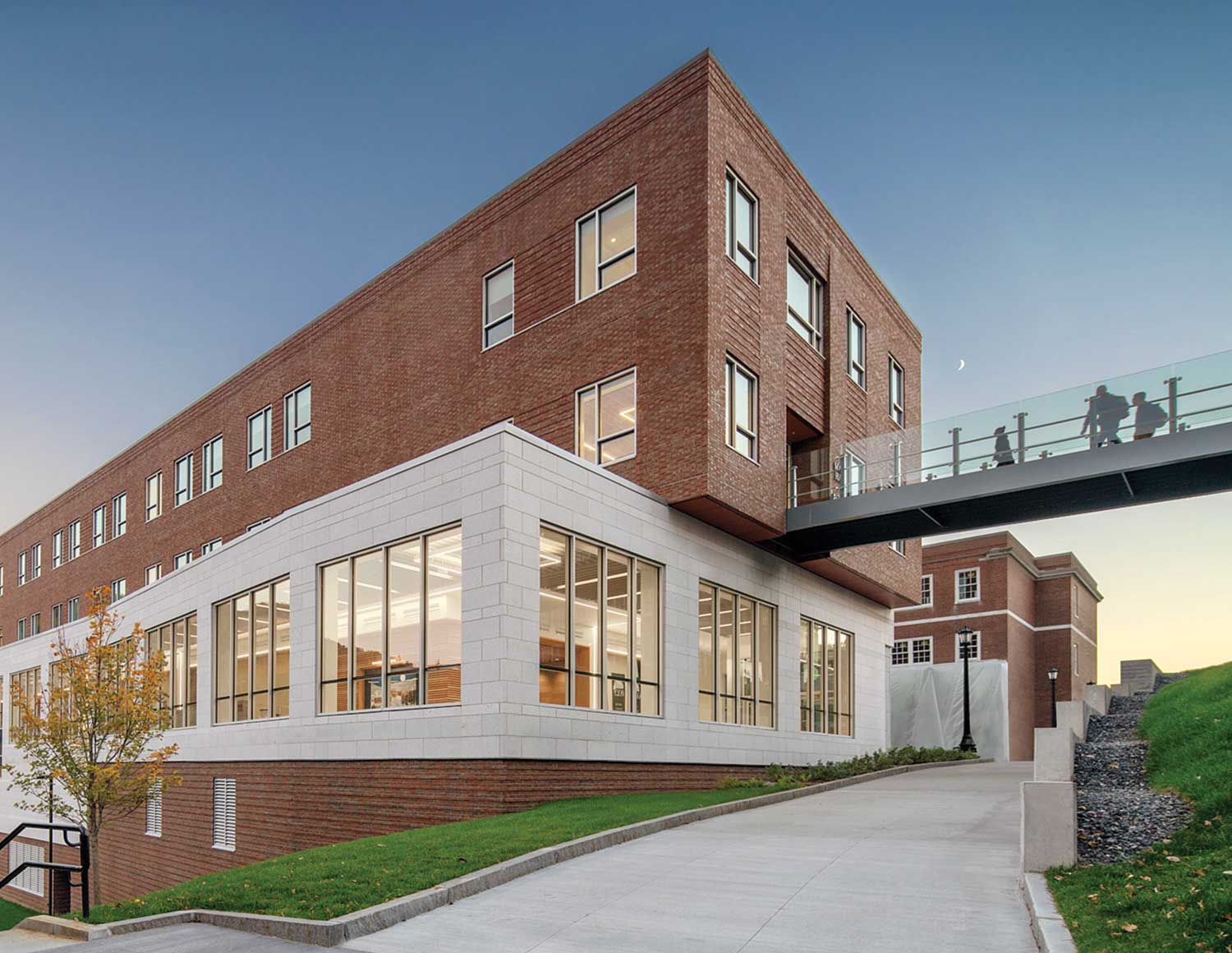 What is the latest on the campaign’s progress?

As of April, we’ve raised $104 million. So we’ve already exceeded our original goal of $100 million, which was set in 2014, when this campaign started. The Board of Trustees has challenged us to raise another $10 million. We know we’ll get there by year’s end. Why? Because our alumni, our parents, our friends, and our faculty and staff support what we're trying and need to do to provide the right academic environment for students today. This campaign is totally focused on the academic side of the house. Mack Hall, North, Dewey, Ainsworth, Kreitzberg Library—all of these renovations and new construction have been centered on helping students learn better. Webb, Dewey, and Ainsworth Halls had not been renovated in 50 years. We’ve now brought them to the standard, in which we know our students can thrive. The campaign allowed us to create it.

Can you give us another example of the campaign’s impact?

Mack Hall, our brand-new academic building, now houses our cybersecurity program. When we started that program 15 years ago, it was in the basement of Dewey Hall, where the roof leaked when it rained. Today, we have a new, nationally known lab for cyber. We built it to allow our students and faculty to study better and be more effective. It also creates the right atmosphere, one that says, “Hey, we're good. We want to be great. Here's your chance. We're going to give you that opportunity, the right equipment and environment to thrive in.”

Why should alumni get involved in the campaign today?

President Schneider has been with us now for 27 years and has one more year to go. He has set a vision for this school since Day One. He has remained true to our past and our culture, while moving us forward. Whatever he has set out to do, he has followed through on his vision and delivered with the support of our alumni, parents, friends, staff, and students. If President Schneider says the Forging the Future campaign is going to be important for Norwich—not only now, but for the next generation of students that want to come here—then I want to be part of that.

So my message to our friends is, if you haven't been part of the campaign yet, or you want to be part of it again in a bigger way, now's the time to act. We're going be 200 years old only once. We want to show regionally and nationally that we're a place to be reckoned with. So, if you want to be part of something bigger than yourself, part of making a place I believe has made a difference in most of our lives, you have a chance now to make that same impact in our third century. It's a small way to give back, to ensure that Norwich is here forever.