An extraordinary gift to the Republic of Georgia 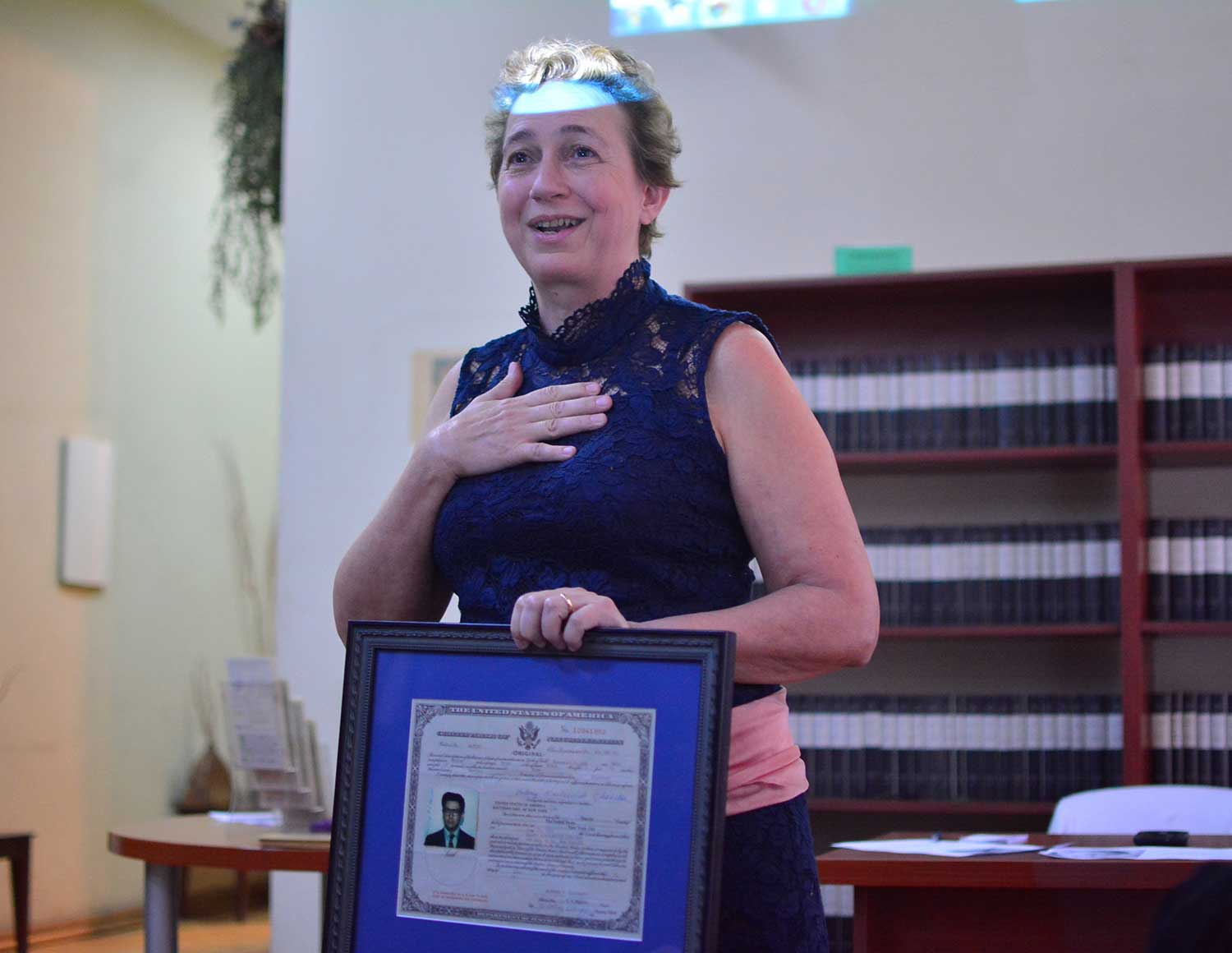 NORTHFIELD, Vt. – In June 2019, Norwich University Visiting Professor of Criminal Justice Lisa Chalidze visited the Republic of Georgia to deliver a rare gift: the archive of her husband, Valery Chalidze, to the National Parliamentary Library of Georgia.

Valery Chalidze, a theoretical physicist and prominent Soviet-era dissident, was exiled from the USSR in 1972 after traveling to the U.S. to deliver a series of lectures. He spent the rest of his life dedicated to the cause of human rights. Valery and Lisa Chalidze moved to Vermont in 1983. He died in January 2018.

At the dedication of the archive, Lisa Chalidze spoke of her husband’s work before and after his exile. Her talk marked an important moment in Georgian history, “because his name was associated with anti-Soviet activities, and therefore his work was prohibited under Soviet rule in Georgia,” reports the National Parliamentary Library of Georgia. “Thus, until now, there were only a few paragraphs (and those censored) about him.”