By NORWICH UNIVERSITY OFFICE OF COMMUNICATIONS
Category: News
May 28, 2019 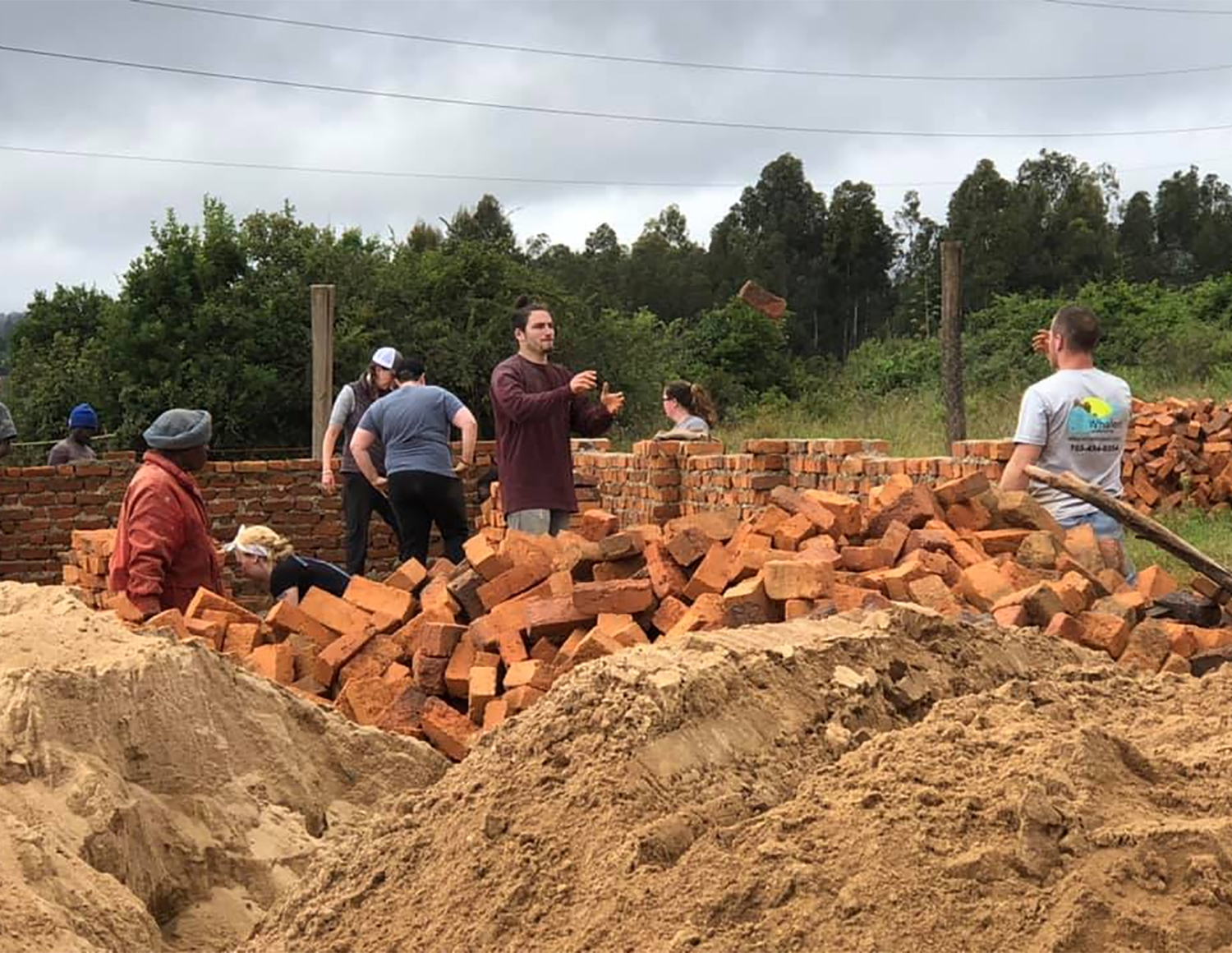 Overall, $214,000 of this gift will support Norwich students’ work in Pommerin, Tanzania through NUVA. Norwich’s Center for Civic Engagement (CCE) will send nine students, one recent graduate and two staff members to Pommerin from May 17 through June 5, 2019, and on future trips back to the site in 2020 and 2021.

The Center for Civic Engagement has been active in Tanzania since 2012, through the work of Norwich’s Rotaract student club, which is sponsored in part by Rotary International. Norwich students began supporting Upendo Mmoja, a then-newly formed nongovernmental organization based in the Kilolo District of Tanzania, East Africa.

In 2012, Norwich students, along with eight students from Northfield Middle and High School, provided the money to begin work on constructing and staffing a residential and vocational training center for orphaned youth in Pommerin.

This year, they will help build the boys’ dormitory and have already designed a sunflower oil production and bottling facility that they will build next summer. Other projects include: students will design and build the center’s own solar electrical system to power the entire facility along with an aquaponics system to introduce fresh fish to the village as an added source of protein.

“With the foundation’s investment, Norwich students, faculty and staff have made great strides in addressing social, economic and healthcare needs of some of the world’s most vulnerable populations,” Norwich President Richard W. Schneider said.

The rest of the gift is divided among the Student Life Fund, which provides startup funding to cover the operating expenses of new student activities; the Annual Fund; and the remainder going towards the Sullivan Museum and History Center, the state’s only Smithsonian affiliate.

About the TAWANI Foundation

Founded in 2002, TAWANI Enterprises’ philanthropic organization, the TAWANI Foundation, is a 501(c)(3) that provides support in the areas of arts and culture, historical preservation, health and wellness, LGBT and human rights, education, and environmental initiatives. The TAWANI Foundation has given more than $125 million through 2019 to provide support in these program areas and has pledged another $14 million dollars through 2026.