A Hockey Player with Heart 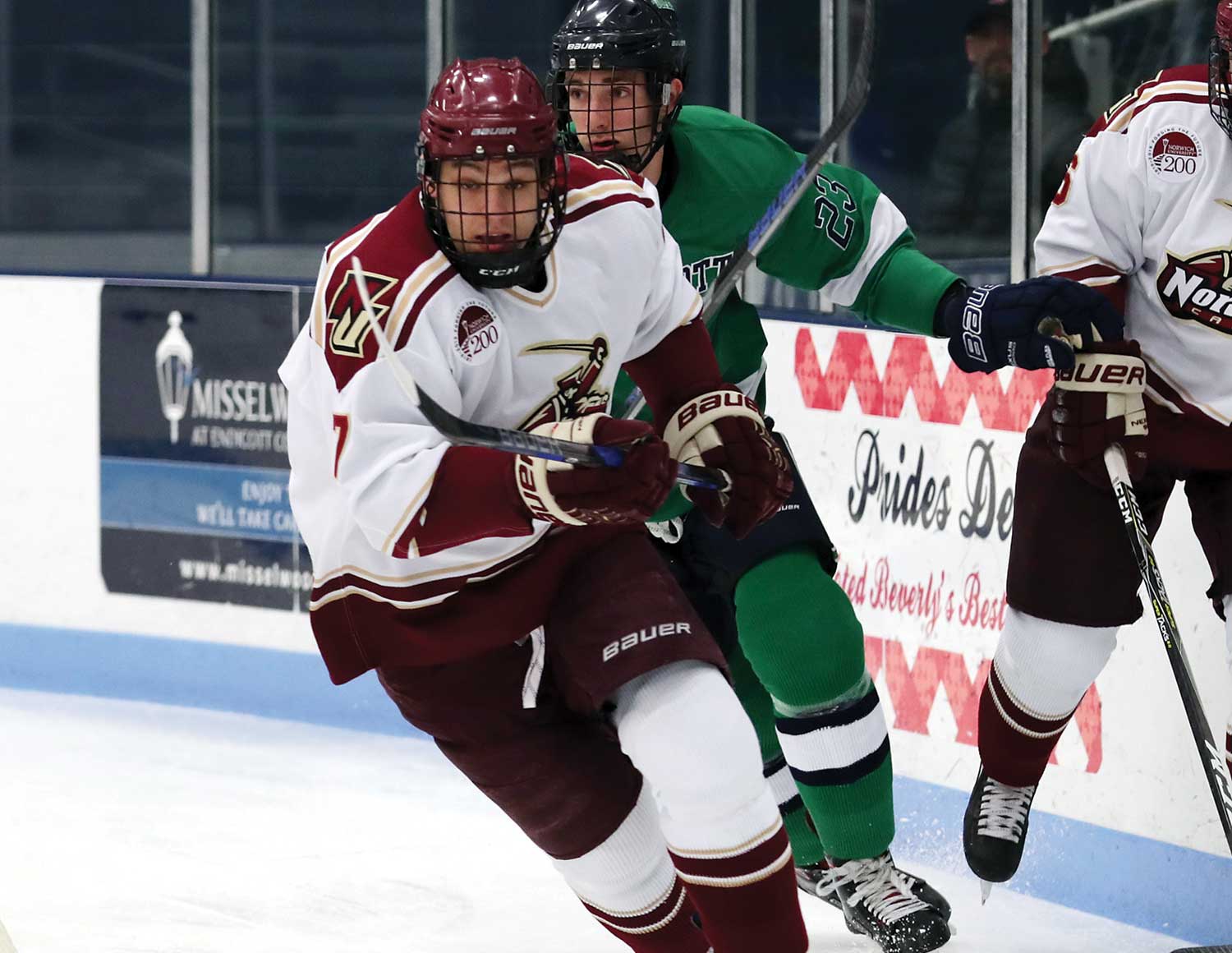 Currently, Beecy is one of just five finalists for the prestigious 2019 Hockey Humanitarian Award, which recognizes college hockey’s “finest citizen.” The annual award honors a sole male or female NCAA Division I, II, or III player for their community service and humanitarian spirit.

This past summer, Beecy organized and hosted an outdoor-circuit workout competition in his hometown of Stowe, Vt., to champion suicide prevention, an event that raised $8,000 for the American Foundation for Suicide Prevention.

In elementary school ten years ago, Beccy lost his friend and teammate, Kacy Pavlik, to suicide. In his own life, Beccy follows the philosophy of leaving a place better than one finds it.

“Hopefully this event helped one person to gain the confidence to check on a friend or help someone who was contemplating suicide,” he says. “If it helped in that way then it was definitely a win.”

As for his achievements on campus, the senior says that he tries to surround himself with people who make him a better person. “There have been a lot of mentors and peers who have helped me manage everything I’ve taken on during my time at Norwich.”

Men’s hockey coach Cam Ellsworth notes Beecy’s impressive leadership on and off the ice. “Even when he isn’t in the lineup, he is the first guy to work for his teammates,” Ellsworth says. “He will take off his suit jacket and sharpen skates or fix equipment without being asked.

“He is genuinely focused on the best way to help our team be successful every day.”

Beecy is just the third NU nominee in the award’s 24-year history and the first since Shawn Baker ’12 was a finalist in 2012. NU’s Jason Wilson was also nominated in 2006. This year’s Hockey Humanitarian Award winner will be honored on April 12 at the NCAA Men’s Division I Frozen Four tournament in Buffalo, New York.