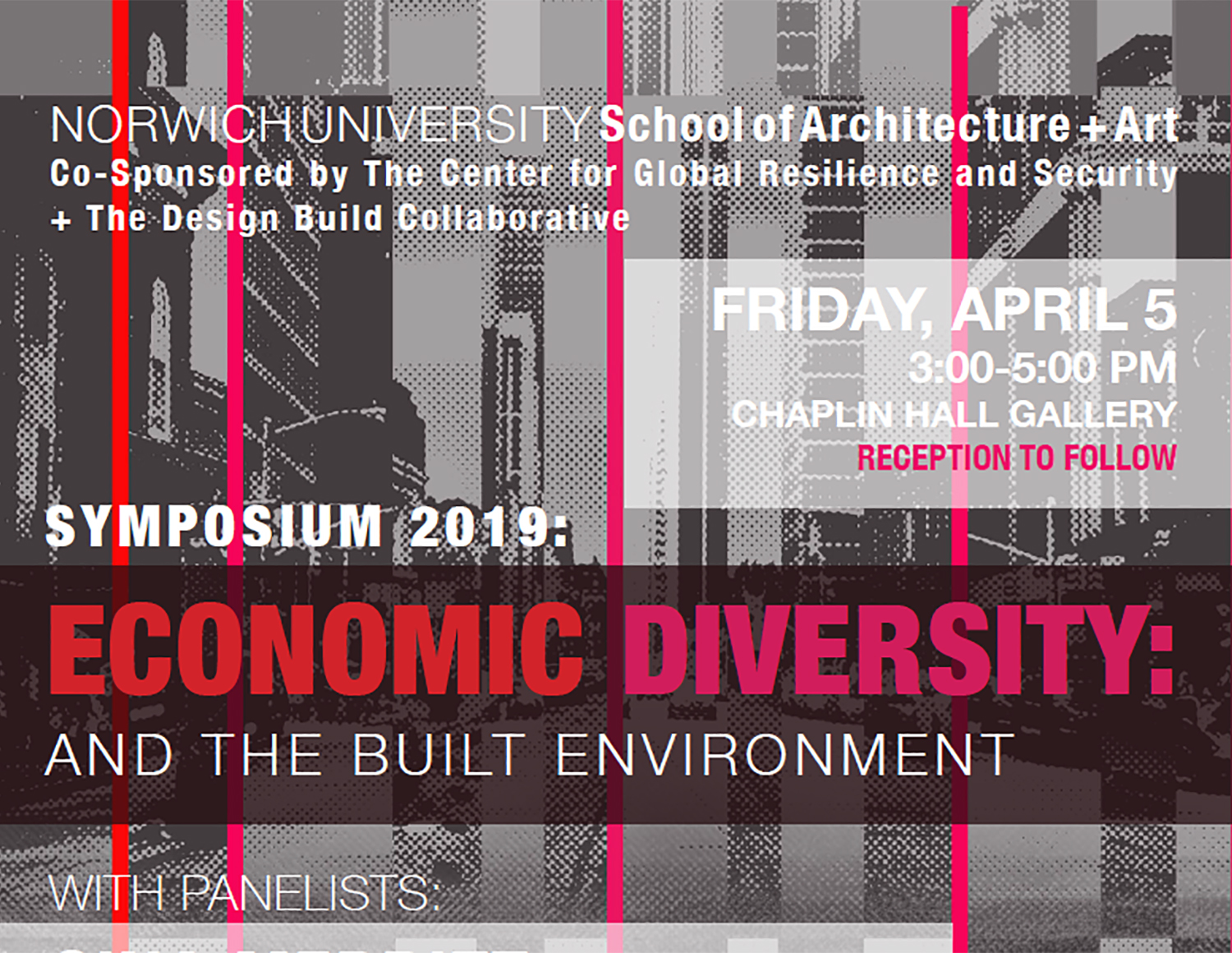 NORTHFIELD, Vt. – Norwich University’s School of Architecture + Art will host a symposium on economic diversity and the built environment with a multidisciplinary group of panelists and distinguished scholars and practitioners at 3 p.m. Friday, April 5, in the Chaplin Hall Gallery.

Co-sponsored by the Norwich University Center for Global Resilience and Security and The Design Build Collaborative, this event is free and open to the public.

Panelists will discuss how current housing conditions can be adapted to meet the needs of the under-served. They have expertise in a range of areas including homelessness, migrant housing, low incoming housing, zero-energy housing, building code, and mixed-use housing. The symposium is a unique opportunity to bring these robust voices together to further understand how to make high-performance housing available to households of every income.