NORTHFIELD, Vt. – Norwich University’s Peace and War Center has published its inaugural Journal of Peace and War Studies, scholarship and policy implications that resulted from the inaugural September 2018 Peace and War Summit held on campus, which focused on the North Korean nuclear and missile challenges. 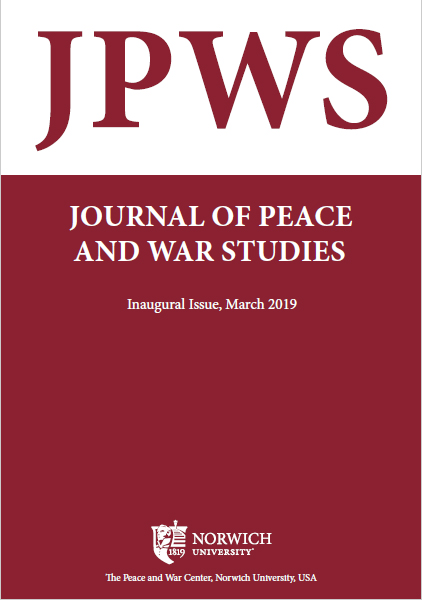 The Journal of Peace and War Studies consists of five scholarly articles by authors from five different institutions in the U.S. regarding American, Chinese, South Korean, and Japanese perspectives on the North Korean nuclear/missile program and one standout Norwich University student’s research paper addressing the role of the U.S. in the modern era.

For this journal project, the Peace and War Center held the inaugural Peace and War Summit on the Norwich campus on September 17-18, 2018. At the Summit, eight external scholars and policy experts were invited to present their research on the issue of North Korean nuclear/missile challenges, and they discussed and debated over how to deal with the currently pressing issue. In the wake of the summit, the Peace and War Center’s editorial board underwent double-blinded peer reviews, author revisions, and editorial process, finally publishing the inaugural issue of the Journal of Peace and War Studies today.

The Peace and War Center at Norwich University is an academic center of excellence for students, scholars, and practitioners that works to advance interdisciplinary knowledge on the relationship between peace and warfare at local, national, and global levels.