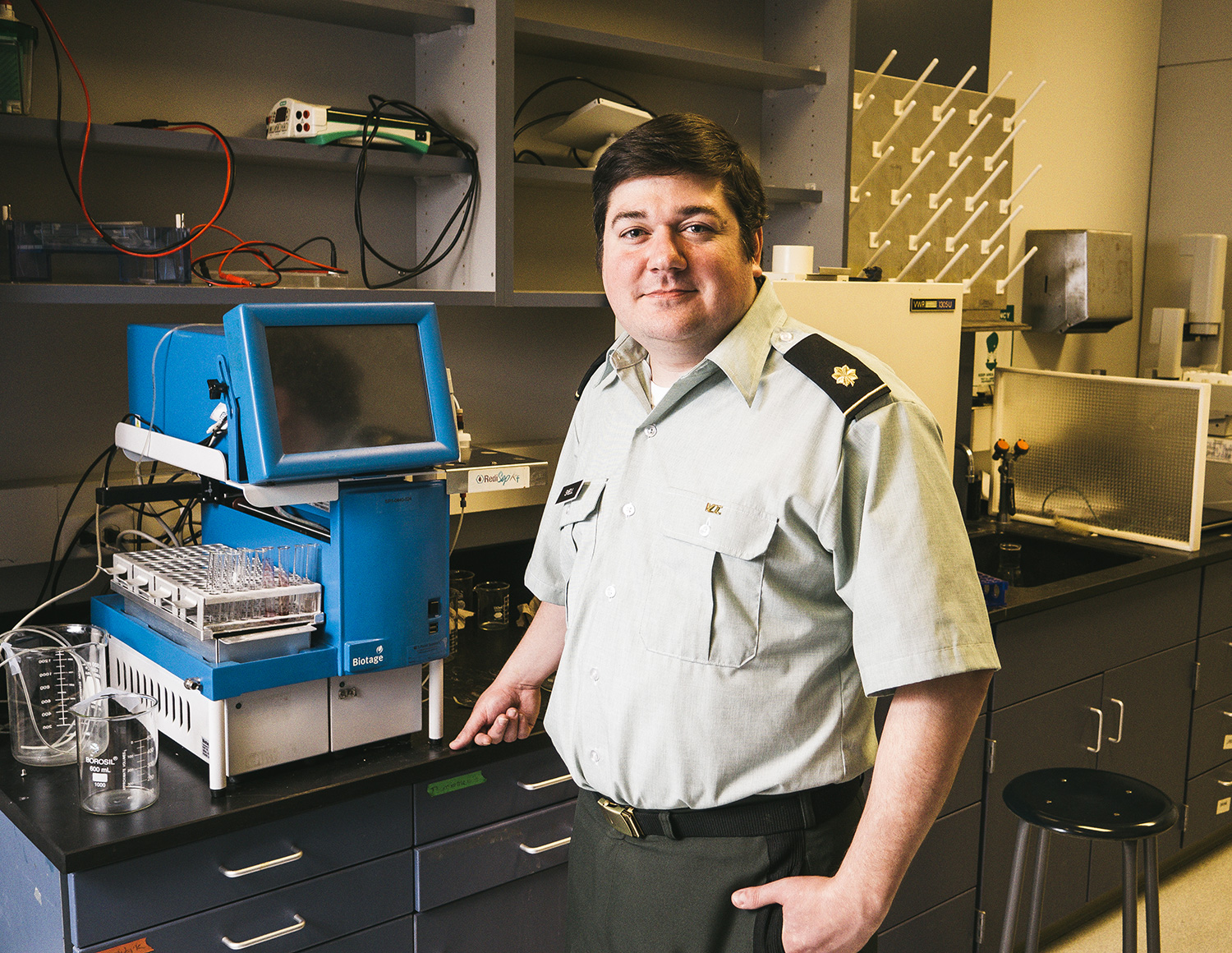 Dr. Allison Neal,  an assistant professor of biology, has been awarded a VGN Project Award for $75,000 for her work titled “Division of Labor in Freshwater Trematodes: The Host Longevity Hypothesis.” Previously, she has received a Pilot Award and a Small Award from the network for her work related to this project.

Neal is a passionate researcher who has contributed to advancing original research within the state. She was the impetus for the Disease Ecology Working Group and organized the first Disease Ecology Annual Meeting this past summer. The working group involves three other VGN researchers from Vermont institutions. VGN is using this as a model to try to create other thematic working groups to bring Vermont researchers together.

Neal also includes many students in her lab providing a high-impact practice for Norwich students. She worked with two VGN-funded students during the summer of 2017 and other students funded through the NU Undergraduate Research program. These students have presented their work with her at regional and national conferences, in particular, one student presented at Posters on the Hill.  She has also mentored several Honors Program student in her lab in both the Honors Contract course and the Honors Thesis. She plans to include students in her lab this coming summer.

Dr. Thomas Shell, an assistant professor of chemistry,  has been awarded a $75,000 VGN Project Award for a second year. He has been working on his research titled “Development of Photopharmaceuticals to Treat Head and Neck Cancer” since coming to Norwich in 2017. Shell has published peer-reviewed papers on his work and is actively trying to obtaining external funding.

In 2018, Shell worked with three students in his lab that also received funding through both the network and the Norwich University Undergraduate Research Program. These students have presented their work with Shell at many regional and national conferences.

This semester, he has included an Honors Program student in his lab and he plans to work with additional students this coming summer. His research has also provided a high-impact practice for our students.

Over the past decade, Norwich University has increased its investment in faculty and undergraduate research of endowed income and reinvested grant overhead to over $800K, to go along with more than $4.1 million of externally acquired research and institutional grants managed by the Office of Academic Research.

More than 250 students have conducted research since the Office of Academic Research’s  2007 launch, formalizing research activities at Norwich. The program supports and encourages students to pursue original research, scholarship and creative projects in collaboration with faculty, and provides funding to allow for information exchange and presentation of work at professional meetings and within the university community.