Through a Different Lens 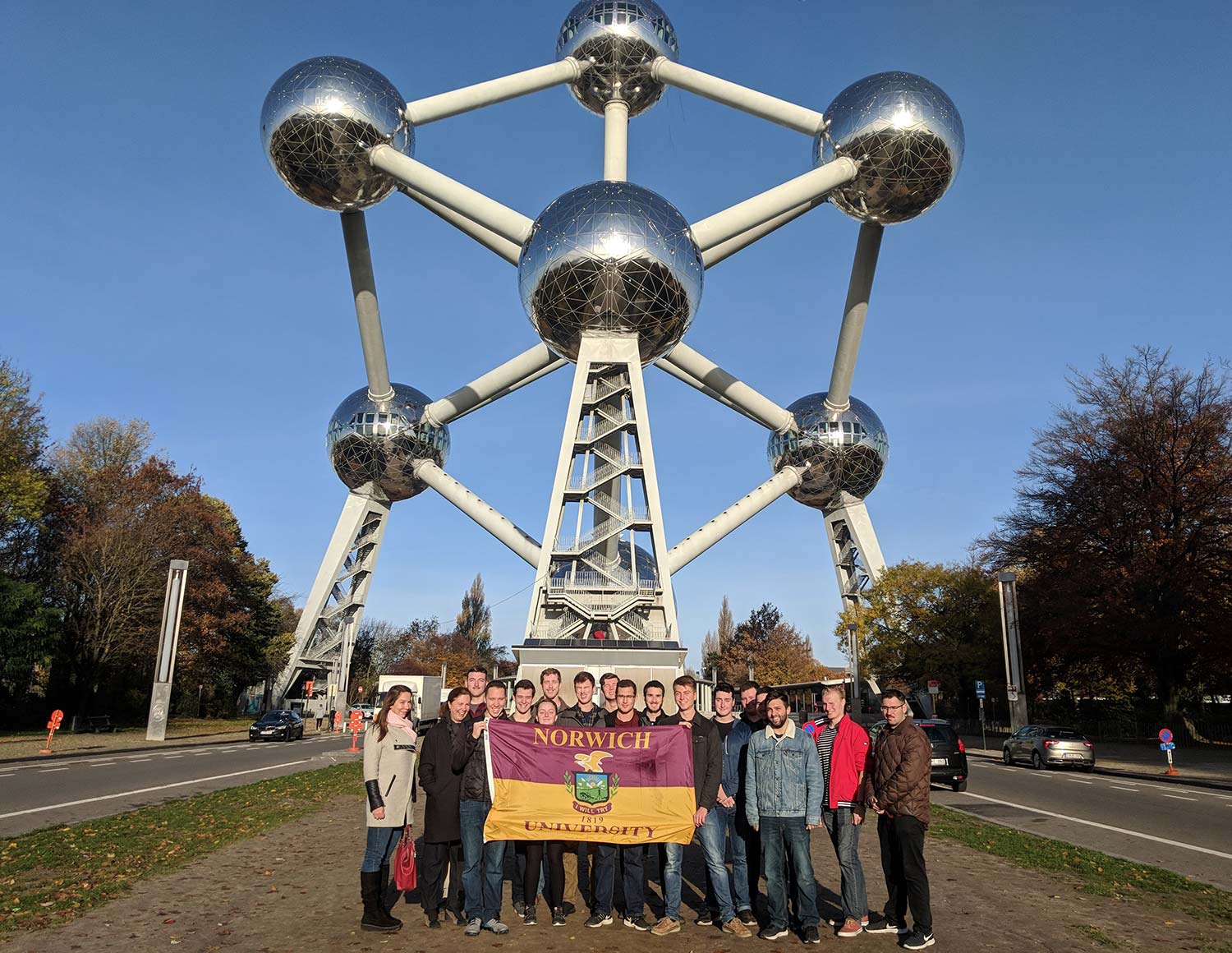 WHEN I LEARNED about the EU/NATO program, I knew I could not pass on the opportunity to gain firsthand knowledge of European politics and military capabilities, and how the United States has influenced these forces. I knew I must seize this amazing opportunity to live in Europe for a semester, to learn a new language and embrace another culture in the process.

So in fall 2018, with a cohort of sixteen other students, I flew out of Boston and landed in Paris, where I spent the first week visiting historically significant landmarks and Parisian museums such as le Louvre and le Musée d’Orsay. There, I began my immersion process into the culture of “la Francophonie,” the region where my fellow students and I spent most of our time.

Living in Strasbourg and Brussels, the headquarter cities of the European Union institutions, enabled me to view my own culture through a different lens, widen my perspective, and embrace new cultural elements. The experiential-learning model of my classes fostered this multi-cultural competency. For instance, in my “French for Beginners” course, Professor Sophia Mizouni challenged us to experiment with our new language skills by creating vlog-styled videos in which we would use only French to introduce prospective viewers to the daily lives of the adapting students. I found this particularly entertaining; it gave me an opportunity to adopt some elements of a culture from which I had not previously received a direct influence, and teach others how to do the same. I also developed a solid foundation in the French language, and used it daily.

I believe it is crucial to study abroad because of our need in this global era to understand people from a variety of origins.

On other occasions, we visited monuments and political institutions. We learned more about the general European perspective on world affairs and the roles of American institutions in European reconstruction following World Wars I and II. We saw firsthand evidence of movements and announcements of some of the changing elements of the European political landscape. Professor Mizouni’s “Understanding French Politics” course examined the role of France in the North Atlantic Treaty Organization (NATO). Among our escapades, we held a conference with Deputy Assistant Secretary General Gordon Davis Jr. at NATO headquarters to discuss the organization’s current priorities. We also met with officials representing Eurocorps, and the political offices of the European Union. We learned more about the relationships between the former warring nations of the European continent, and more about how, in the modern era, they are dependent upon one another’s economies and politics to shape their collective futures.

I enjoyed most the beautiful atmosphere, the ease of public transit, and the accessibility to explore neighboring countries through the presence of progressive regionally collective policies on border control and travel. I especially enjoyed the cuisine in Brussels, where Dutch, German, and French influence, among many other cultures, contributed to delightful meals and savory treats such as the world famous gaufres, Flemish pommes frites, cheeses, and confectionaries. During our free time, we took advantage of the shared borders of European Union member states, allowing students to travel to more monumental landmarks including multiple U.S. military establishments in Germany and the beaches of Normandy, and to pay our respects to the victims of the World Wars at various memorials in the Rhineland.

I am grateful to Norwich University for presenting us with this opportunity to become more culturally educated students, better prepared to contribute to positive change in the world.

Annan S. Gass ’21 is a sophomore majoring in Studies in War and Peace with aspirations to work in a diplomatic capacity for the U.S. military.

Learn more about EU/NATO and other Norwich Expeditions. Apply by March 1.