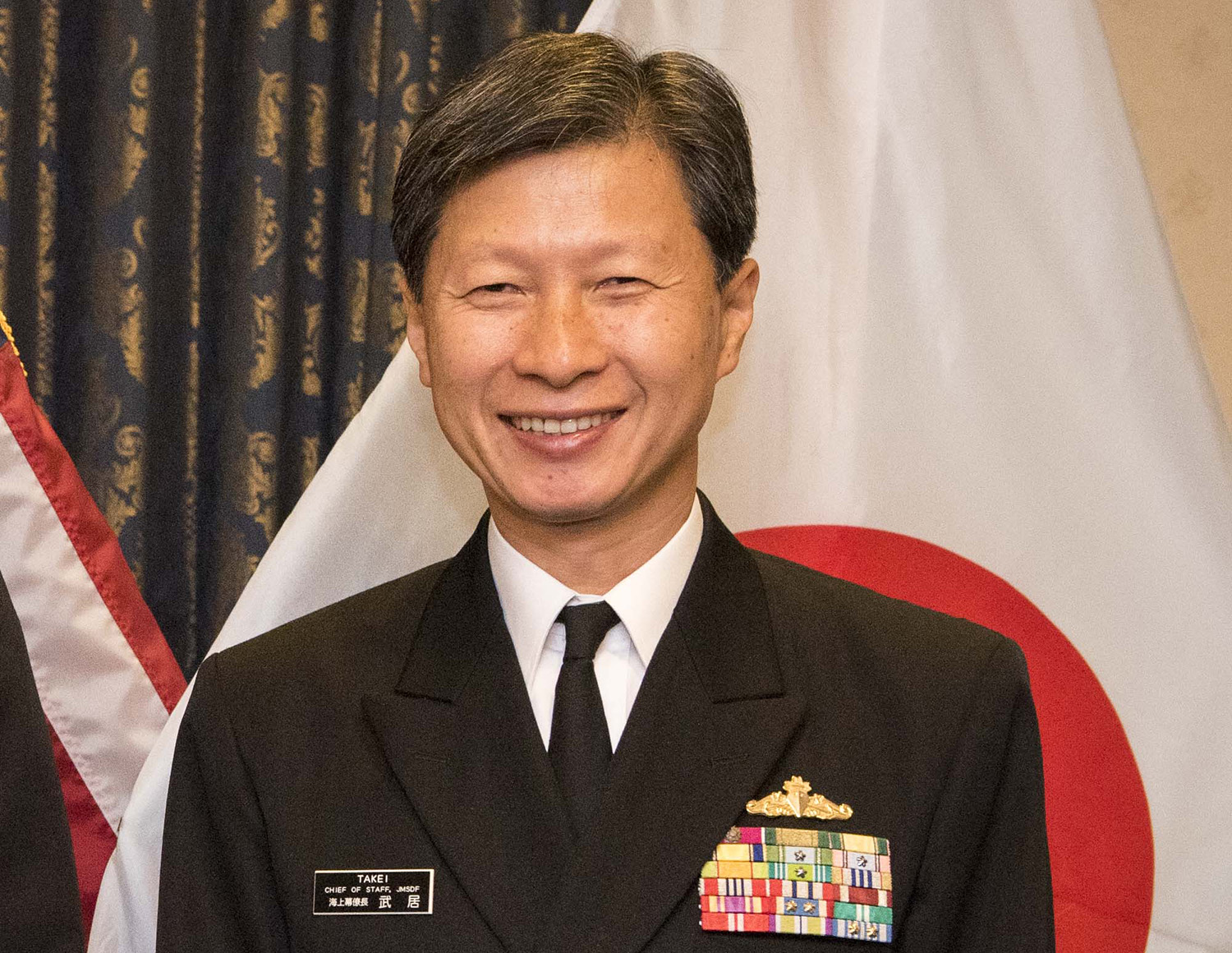 Takei is Chief of Naval Operations, Distinguished International Fellow, U.S. Naval War College. He joined the JMSDF in 1979 after he graduated from the Japan National Defense Academy. He assumed the duties as the 32nd Chief of Maritime Staff, JMSDF in October 2014 and retired from service in December 2016 after a 38-year career as a JMSDF officer.

Takei was a Surface Warfare Officer and specialized in Weapon Systems. In his early career, he served mainly on Guided Missile Destroyers (DDG). He commanded JS Ishikari (DE226) in 1997. He assumed command of Escort Division One in 2001 after several shore assignments.

Later, Takei served as Vice Chief of Maritime Staff of JMSDF and in 2012 he was the Commandant of JMSDF’s Yokosuka District. He has a Master’s Degree in Regional Studies from the University of Tsukuba and is a graduate of the Naval Command College of the U.S. Naval War College, class of 1999. He was awarded the Legion of Merit from the U.S. four times, and is a recipient of the Legión de Honor (Officie) from France and Legion of Merit from Turkey. ADM Takei is a native of Nagano Prefecture, and currently lives in Chiba Prefecture.

About the Peace & War Center

The Peace & War Center at Norwich University is an academic center of excellence for students, scholars, and practitioners that works to advance interdisciplinary knowledge on the relationship between peace and warfare at local, national, and global levels.