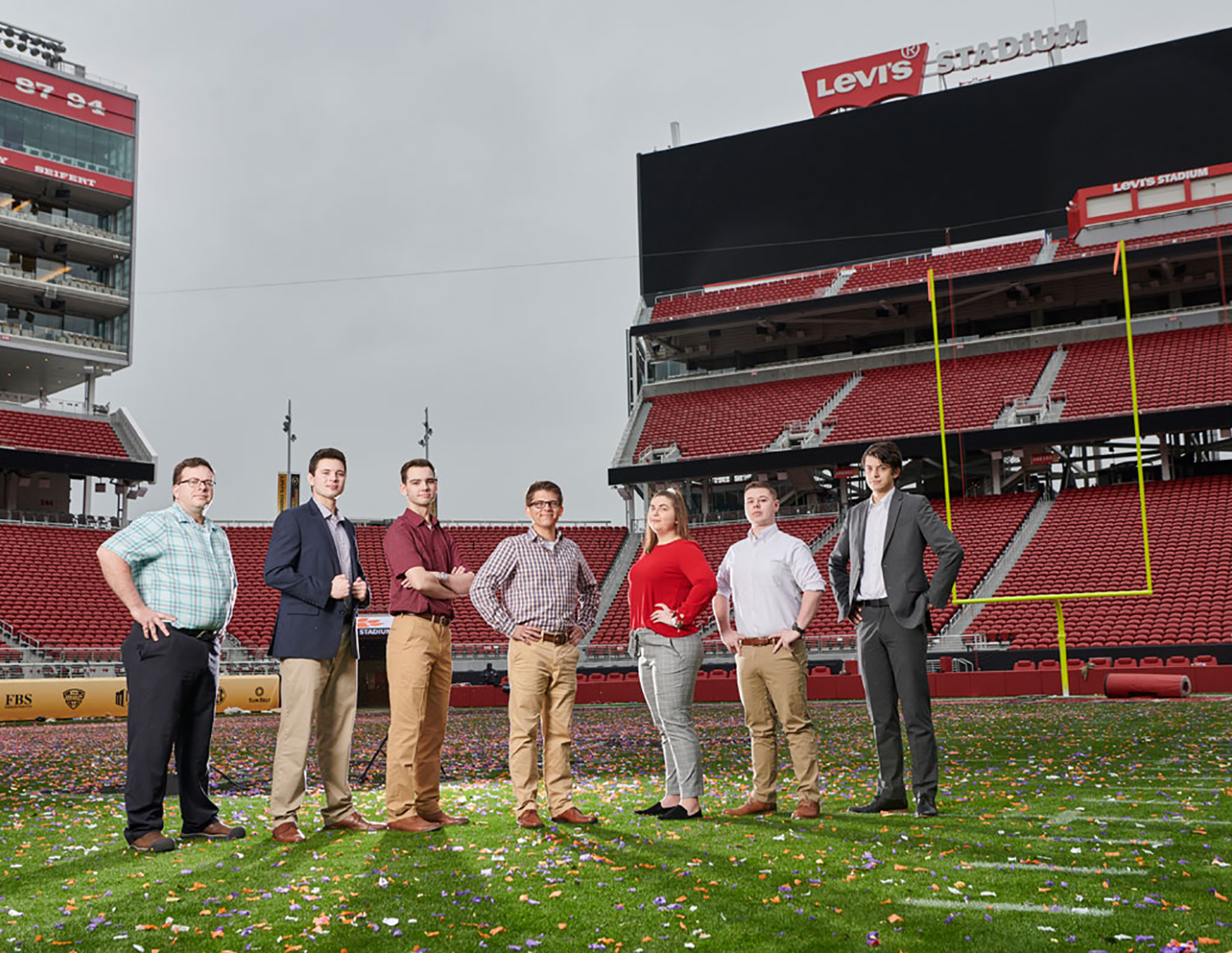 “The 2019 College Football Playoff National Championship was an overwhelming success at Levi’s Stadium, in large part, due to our IT team led by Jim Bartholomew,” said 49ers Vice President of Stadium Operations and Levi’s Stadium General Manager Jim Mercurio. “Some of the best in the business, Jim and team worked seamlessly to secure our stadium network and ensure a safe environment for college football’s biggest game. I was equally impressed by the dedication of the Norwich University students, who played an instrumental role in safeguarding our network’s security on game day.”

“Being a part of the national championship has opened my eyes to all the hard work that goes into pulling off such an event and it was amazing to see everything come together,” student Anthony Alessi said. “I have walked away with a new respect for, both, the support staff that run around to make sure both teams look great, as well as the security forces keeping fans safe. Being a part of this event has given me real-world experience in securing data.”

The students deployed Security Onion, an open source software solution, to collect and analyze security events from hardware sensors that they designed, configured and managed and installed across the stadium network. The security solution in conjunction with Respond Software helped the students analyze threats and elevate them to stadium management for resolution. The students worked closely with the Levi’s Stadium Information Technology team.

“When your stadium hosts an event like the 2019 College Football Playoff National Championship, there are so many operational demands on the stadium network so we take every precaution to not overlook a potential security vulnerability,” said Jim Bartholomew, Director of Information Technology for the San Francisco 49ers. “Having the students of Norwich University as part of our team was a huge asset to our organization and to the event. Their expertise, thoroughness and professionalism are unmatched, and I never had to worry about the security of our stadium network knowing they were watching everything. It was a pleasure to work with the students, and we look forward to Norwich University helping our team with future events.”

“As an NSA Center of Academic Excellence in cybersecurity education, we strive to provide hands-on, real-world opportunities for our students to hone their skills,” Norwich University President Richard Schneider said.

Levi’s Stadium, home to Super Bowl 50, to which Norwich students also gave cybersecurity support three years ago, is one of the most technologically capable stadiums in the world.

Ranked #2 by the Ponemon Institute for cyber security in the U.S., Norwich University programs are consistently ranked among the best in the nation for cyber security education. Norwich University is recognized as a National Center of Academic Excellence in Cyber Defense Education by the National Security Agency (NSA) and the Department of Homeland Security (DHS) and has received designation as a Center of Digital Forensics Academic Excellence (CDFAE) by the Defense Cyber Crime Center (DC3). Beginning in 2002, Norwich University became a member of what is now called National Science Foundation’s Cyber Corps: Scholarship for Service program. Norwich is partnered with the United States Army Reserve (USAR) to develop cyber-education curricula that align with federal standards and cybersecurity needs. Most recently, Norwich’s online graduate program was named one of the top 10 best cybersecurity graduate programs in the country by Universities.com.