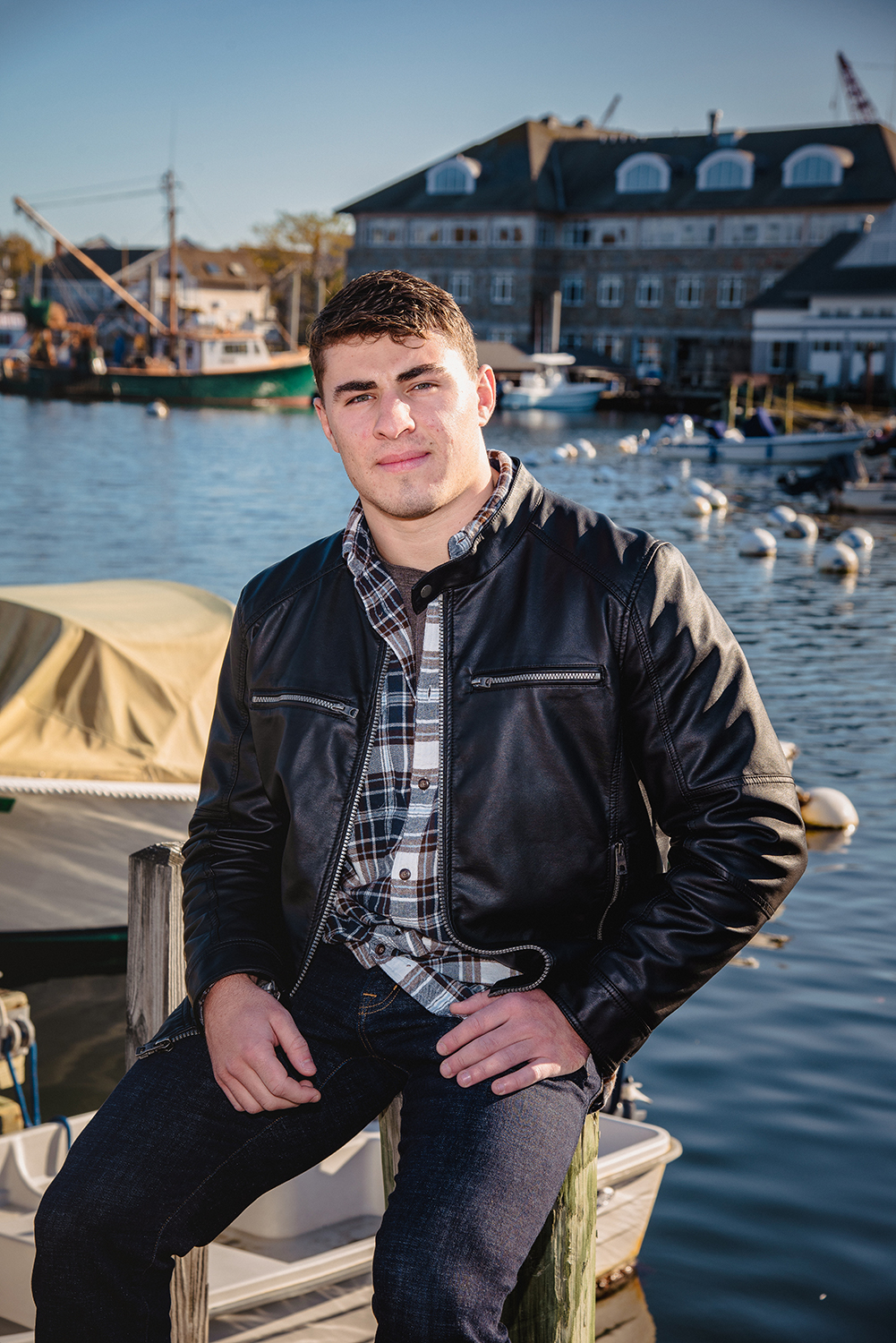 TO PARAPHRASE ARISTOTLE and Nike (the shoe company, not the god), if you want to learn something, just start doing it.

This fall Carmine Ricciardi ’20 jumped into marine research, spending a semester at the Woods Hole Oceanographic Institution on Cape Cod, Massachusetts. The cadet and Navy ROTC scholarship recipient was one of just seven students chosen for the Semester at WHOI program at the world-renowned research organization.

Ricciardi joined undergraduate and graduate geology, environmental science, and engineering majors from other higher-ed institutions to get hands-on research experience with a WHOI scientist. The program combines field- and lab-based coursework and a study trip on WHOI’s coastal research vessel, the R/V Tioga.

“Oysters are filter feeders,” he says. “A single oyster can clean 50 gallons of water a day.”

The mollusks are one of nature’s methods for controlling nutrient balance in the water. Without such filters, waters become turbid and chemically unbalanced. Surface runoff from agriculture, urban areas, septic systems, and other sources puts too much nitrogen and phosphorous into the water, allowing algae and phytoplankton to overpopulate. The blanket they create blocks the natural penetration of sunlight into uppermost marine layers, killing underwater vegetation. The subsequent decomposition leads to oxygen depletion, which kills fish and other creatures and eventually creates dead zones.

Still a year and a half from graduation, Ricciardi is on a commissioning track with the Navy. He would like to attend flight school at Naval Air Station Pensacola to become a helicopter pilot after commissioning. To that end, he’s spending his free time studying the Aviation Selection Test Battery used by the U.S. Navy, Marine Corps, and Coast Guard to select candidates for training. “I’m treating it almost like another class,” he says.

The jump from oysters to aircraft isn’t as abrupt as it might seem. The Navy has long worked in partnership with WHOI, funding research and training. Ricciardi’s combined curriculum will give him both a broad and fine understanding of the oceanographic and atmospheric systems that affect naval research, operations, and national defense.

His recent semester of hands-on science alongside top-tier researchers at WHOI has added meaning and motivation to the balance of his Norwich studies.

Academic advisor and NU Associate Professor of Geology Chris Koteas says the experience gave Ricciardi a valuable opportunity to be “surrounded by Ph.D.s and postdocs in a testable research environment”—one that demands creativity, curiosity, strong critical thinking, and a determination and ability to push beyond.

Because he possesses all those qualities, Ricciardi rose to the top when department faculty compiled a shortlist of candidates for the competitive program, Koteas says. “He is very driven.”